Sasebo out and about for Armed Forces Day 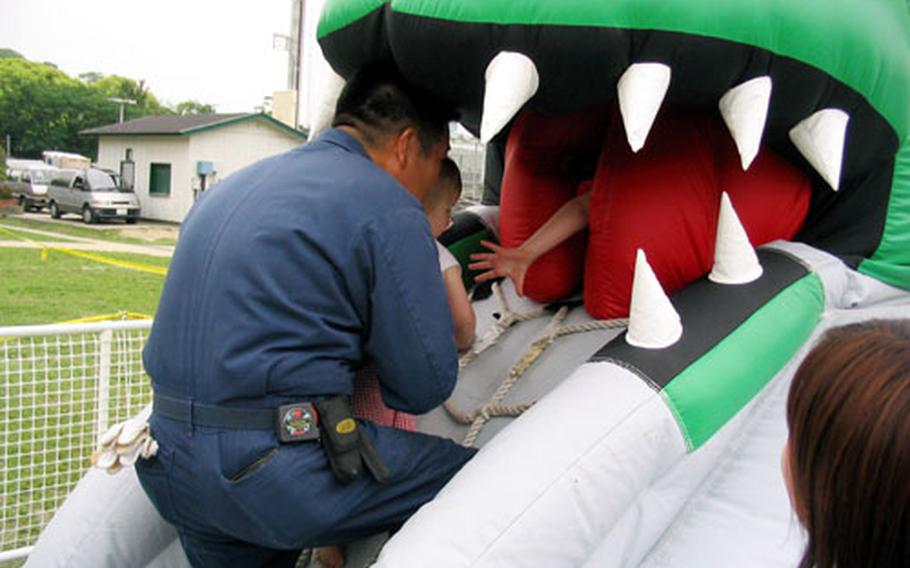 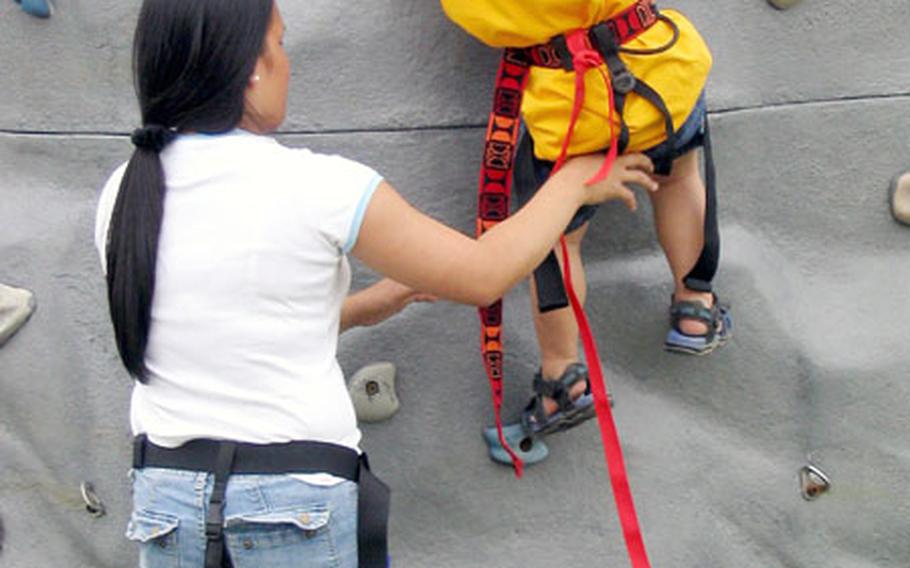 Two-year-old Michael Jones tries his best to get a good start on the rock-climbing wall with help from Michelle Jones, his mother, in Nimitz Park Saturday during the MWR-sponsored 2004 Armed Forces Day Sports and Fitness Program. (Greg Tyler / S&S) 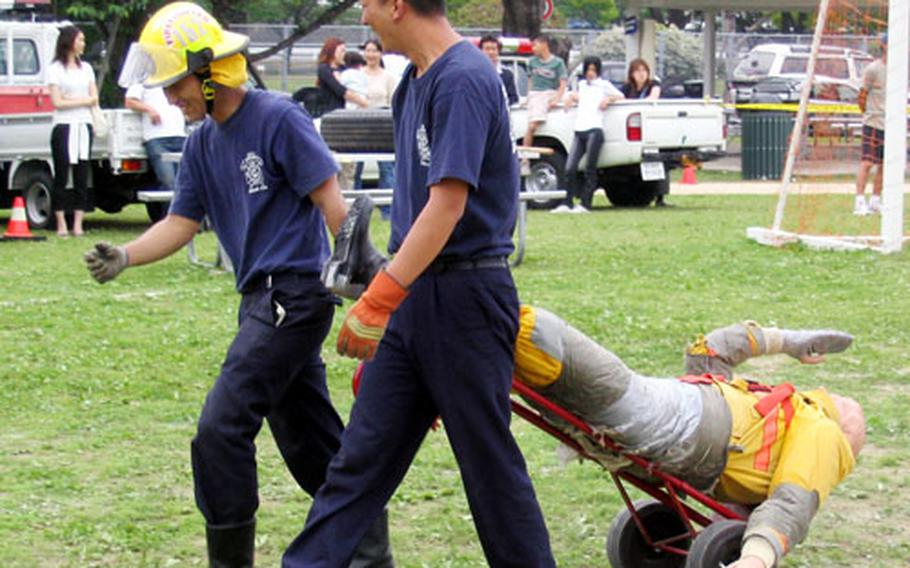 SASEBO NAVAL BASE, Japan &#8212; Battles involving U.S. troops raging in Iraq and Washington seemed half a world or more away Saturday, both literally and figuratively, as base families gathered at Nimitz Park to celebrate Armed Forces Day.

Stinchfield&#8217;s two children were among the dozens who took part in the Nike-sponsored 2K Fun Run.

Saturday&#8217;s events were a week earlier than first planned; a power outage scheduled Saturday at the Hario Housing Village led base officials to reschedule the 2004 Armed Forces Day Sports and Fitness Program for one week ahead of the day&#8217;s May 15 observance - a date set by presidential proclamation.

Then-Secretary of Defense Louis Johnson announced plans in 1949 to create Armed Forces Day, replacing separate dates honoring individual branches of the military. A proclamation President Harry S. Truman signed in February 1950 made it official, designating the third Saturday of each May as Armed Forces Day.

Mincks was busy helping unload a truck full of speakers and other equipment used by the rock band UVR, a California group that was to play through late afternoon. The Ernest J. King High School Band also participated in the program.

He said the smell of good food was also a possible draw.

&#8220;We have the Filipino-American Society out here making some good Filipino food, and the 1st Class Association is cooking these big sausages,&#8221; he said. &#8220;And they both are drawing a lot of attention and business.&#8221;