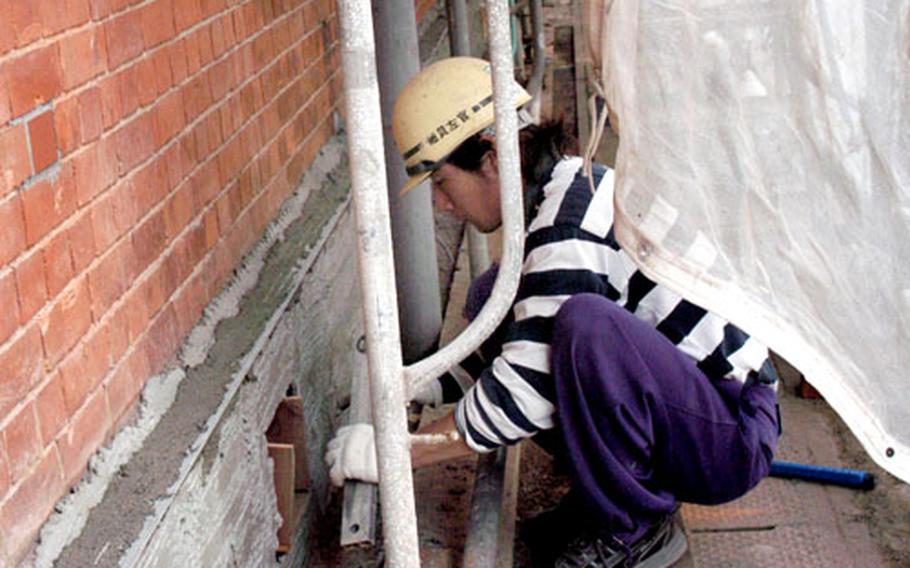 A worker makes repairs to a 100-year-old building under renovation at Sasebo Naval Base, Japan. The base gradually is renovating the historic buildings once used by the Imperial Japanese Navy. (Juliana Gittler / S&S)

A worker makes repairs to a 100-year-old building under renovation at Sasebo Naval Base, Japan. The base gradually is renovating the historic buildings once used by the Imperial Japanese Navy. (Juliana Gittler / S&S) 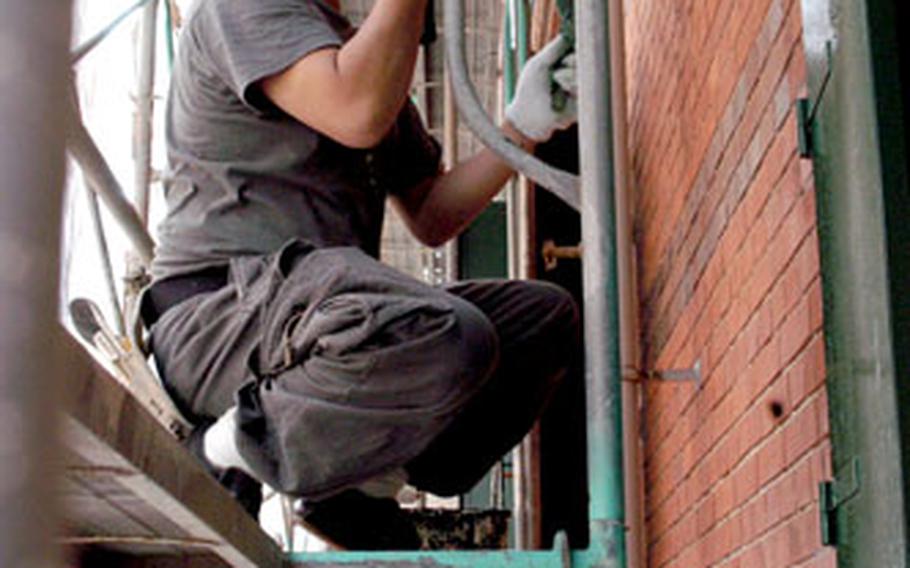 A worker paints part of a 100-year-old building under renovation at Sasebo Naval Base, Japan. (Juliana Gittler / S&S) 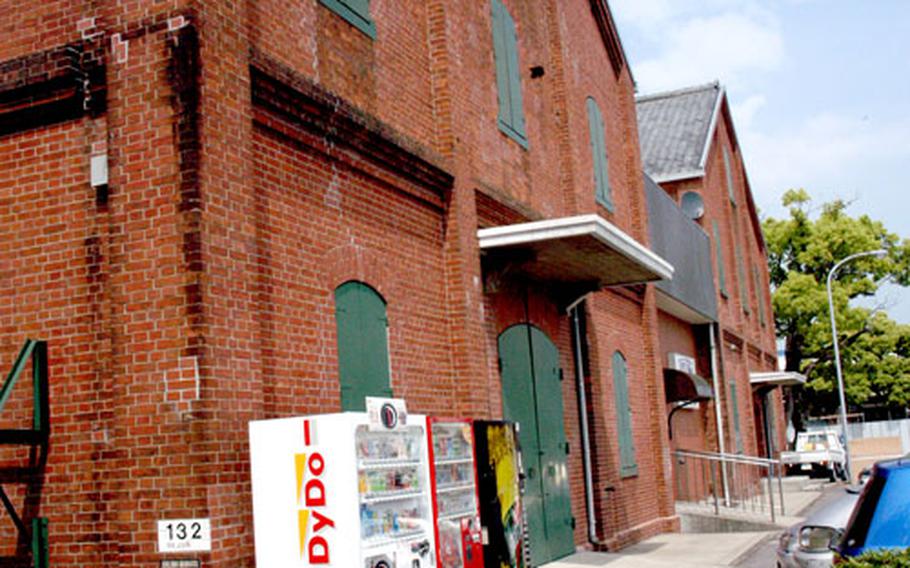 The 100-year-old rare brick buildings at Sasebo Naval Base, Japan, are used for retail and storage space. Here, part of the Navy Exchange is housed in one of the buildings along the waterfront. (Juliana Gittler / S&S) 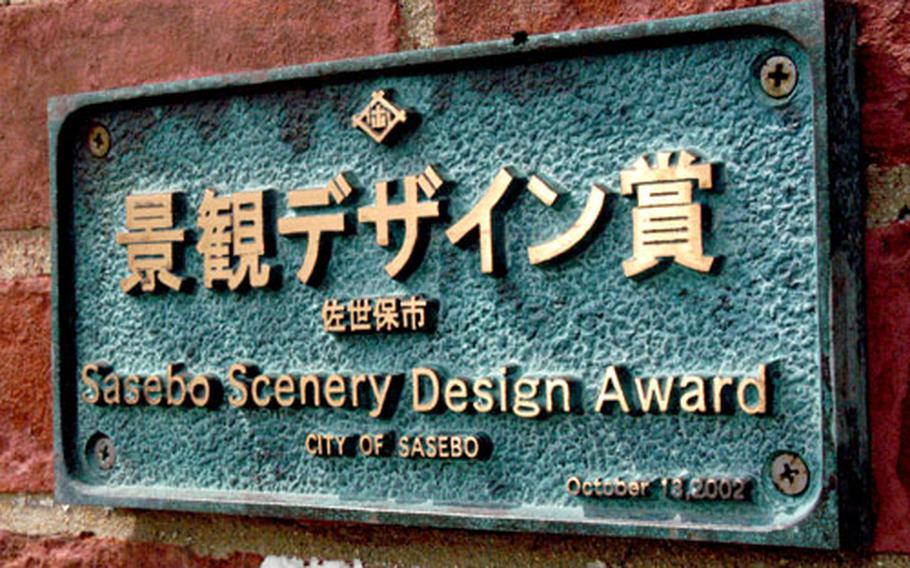 Sasebo Naval Base earned an award for its preservation of historic 100-year-old brick buildings on base. (Juliana Gittler / S&S)

SASEBO NAVAL BASE, Japan &#8212; Legend has it that one of the aged red brick buildings lining Sasebo&#8217;s waterfront is haunted.

The distinctive buildings, built between 1880 and about 1930 using English bricks and masonry techniques, add a sense of history and style amid the more ordinary white government buildings around them. They most likely began as Japanese Imperial Navy warehouses, have been converted into retail and storage spaces and now are part of the base&#8217;s master plan for future renovations.

The ghost story provides a little drama &#8212; it&#8217;s been heard ambling on the top level of one of the buildings, said local historian and base employee Phil Eakins. But more than anything, the buildings represent Sasebo&#8217;s history.

Base officials now are giving each building a painstaking face lift inside and out.

Since the buildings are old, they take more money and resources to repair. The base will fix up one a year to spread the costs over time, said Sasebo&#8217;s public works officer, Lt. Cmdr. Brett Blanton.

The work will improve the buildings&#8217; appearance as well as their longevity, he said, &#8220;to make sure the buildings are able to withstand years of weathering.&#8221;

The buildings and a few like them off base are all that remain of an interesting part of the region&#8217;s history. They were built when nearly all other construction in Japan was wood and paper. It was a sign of the influence and affluence of the region following the opening of the important naval base in 1889, Eakins said.

Although some of the bricks bear a British royal seal and are laid in a style commonly seen in Britain, it is not clear who actually built the buildings.

The restoration is being completed in two parts. Outside, the bricks are cleaned and replaced as needed and the mortar around them repaired or repainted.

Inside, construction including new walls and floors will make the spaces more useful and durable.

Japanese contractors are doing the exterior work and Navy Seabees &#8212; from Naval Mobile Construction Battalion 4 &#8212; are converting the spaces inside into storage and retail space.

Working on old buildings proved an interesting challenge for the Seabees, who typically build things from the ground up. Concrete was piped in through one of the windows and workers found some of the walls weren&#8217;t exactly square.

The work is garnering interest off base as well as on.

A group of preservationists called the Red Brick Society who study the buildings&#8217; history urged Sasebo city in 2002 to honor the base&#8217;s preservation with a scenery design award. The group also lauds the current preservation efforts.

Since they&#8217;re on base, the buildings won&#8217;t be open for view to locals except during open-base events. But making them safe and beautiful is an important contribution Blanton said he is proud to be part of.