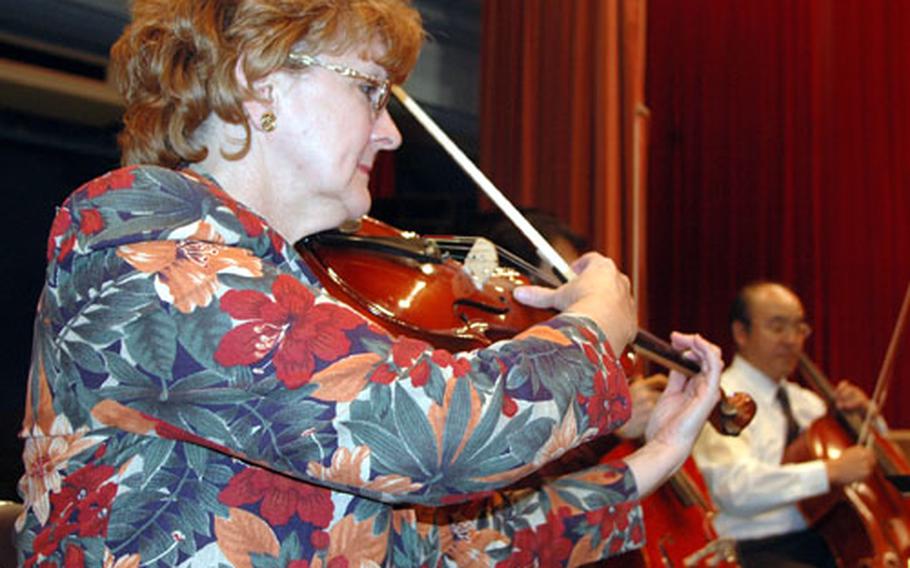 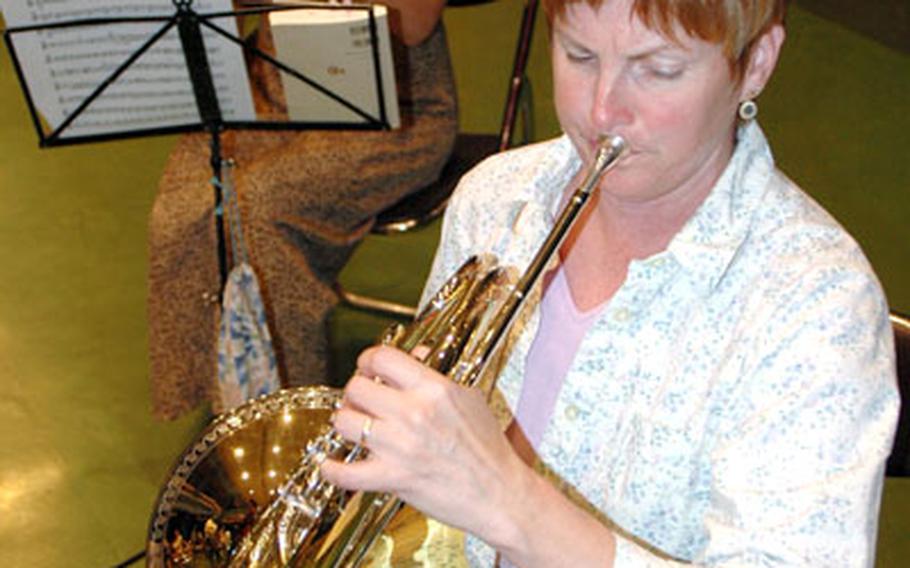 SASEBO NAVAL BASE, Japan &#8212; As Christel Breeze and DeEtte Hassen can attest, music is truly an international language.

Breeze and Hassen mesh seamlessly into the orchestra despite being the only American members and the only two who speak English as a first language.

&#8220;We work together very well and enjoy performing with one another,&#8221; said Mutsumi Hasuda, orchestra manager and French horn player for the past 13 years.

&#8220;Music is a language understood by musicians in many nations, allowing us the opportunity to share and learn from each other, and make new friends,&#8221; she said during a recent rehearsal in downtown Sasebo.

The 46-member orchestra, created in 1969, performs two major concerts each year at Sasebo&#8217;s Arkas Center for Performing Arts &#8212; one in June and another in February, Hasuda said.

Smaller groups of the orchestra&#8217;s musicians perform periodically throughout the year, she said.

Breeze, who played in the U.S. Army Band for 21 years before retiring, is in her third year with Sasebo Shimin Orchestra. Hassen has experience composing and conducting in the United States, plays several instruments and is in her second year with the orchestra.

Not only does she learn about music from her Japanese counterparts, Breeze said she gains valuable cultural experience.

She said social events such as post-concert gatherings offer opportunities to get to know her Japanese colleagues.

And then there are the musical opportunities.

Other American musicians are welcome in the orchestra, Hasuda said. Those interested should contact Breeze or Hassen through King High School at DSN 252-3059.