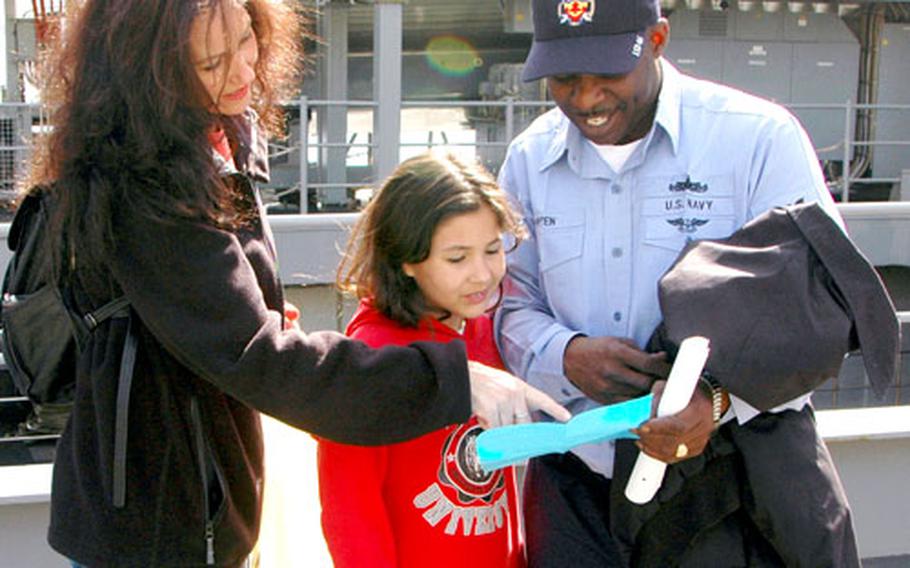 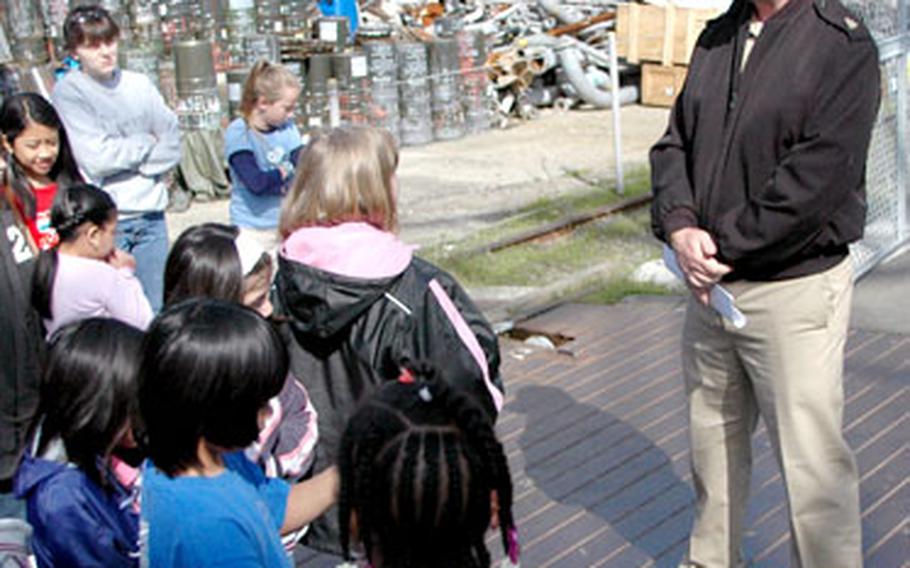 SASEBO NAVAL BASE, Japan &#8212; They&#8217;d never met face to face. But the sailor and the 10-year-old greeted each other Tuesday as if they were old pals.

Which, in a way, they were: pen pals.

About 40 sailors and their pen pals from the fourth grade at Jack N. Darby Elementary School in Sasebo Naval Base&#8217;s Hario Housing Village met to share stories, experiences and more than an occasional hug.

&#8220;We&#8217;d done something like this last year, but we just sent letters and care packages to the ships and let them decide who in the crew might be in need of a letter or something we had sent,&#8221; Clarke said Tuesday.

This school year, she said, the teachers decided pen-pal relationships should be one-to-one toward instilling community responsibility and caring in their pupils.

He said Maria indicated in letters she might want to join the Navy in the future.

Arabella Cabazos, one of Clarke&#8217;s pupils, has learned a great deal about writing letters through the pen-pal program, she said.