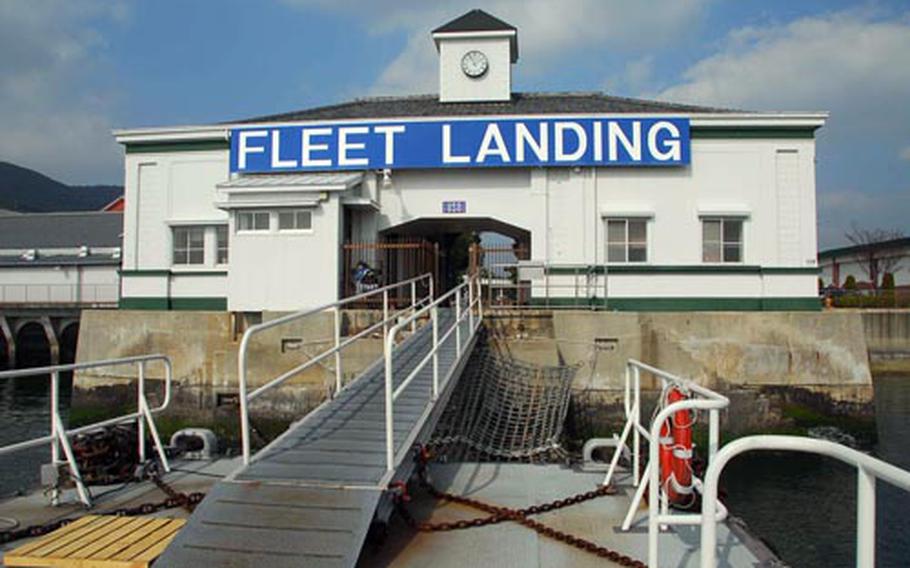 Fleet Landing, a landmark built by the Japanese Imperial Navy, welcomes many sailors to Sasebo Naval Base. It will be upgraded this month with new gaming equipment, faster Internet and free phones. (Travis J. Tritten / S&S)

Fleet Landing, a landmark built by the Japanese Imperial Navy, welcomes many sailors to Sasebo Naval Base. It will be upgraded this month with new gaming equipment, faster Internet and free phones. (Travis J. Tritten / S&S) 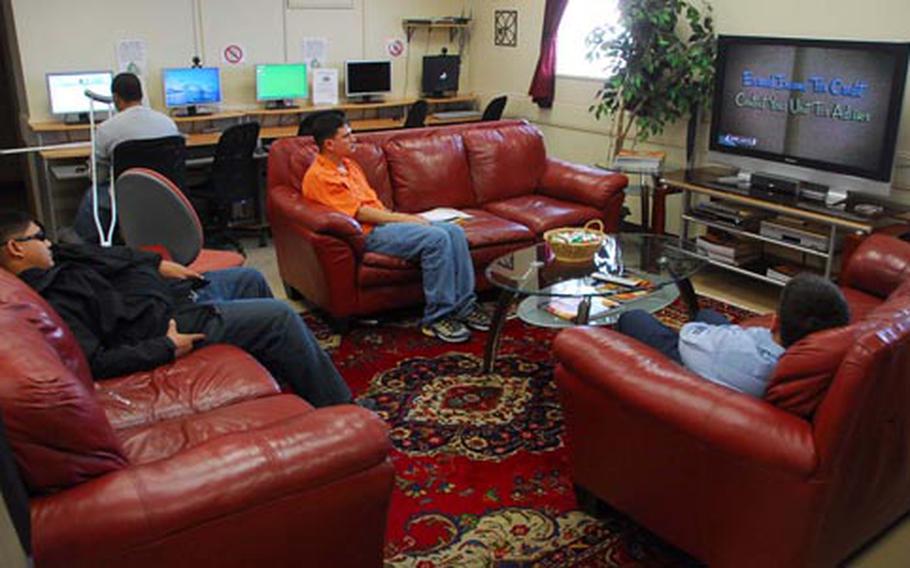 Visitors lounge at the Fleet Landing at Sasebo Naval Base on Friday. (Travis J. Tritten / S&S)

SASEBO NAVAL BASE, Japan &#8212; The historic Fleet Landing will get an interior face-lift before a U.S. aircraft carrier makes a scheduled port call later this month.

New phones, faster Internet and additional gaming systems will be added to serve the thousands of sailors who visit each month, according to the United Service Organizations, which is heading the renovation work.

The facility, with its welcome center and lounge, has been the first land-side experience for many who have docked in Sasebo in recent decades.

It was originally built by the Japanese in 1924 as a landing for Imperial Navy officers and has been maintained and used by the U.S. military since World War II.

A port call by the carrier USS John C. Stennis expected at the end of February will mean a surge of several thousand sailors taking shore leave and walking through the Fleet Landing arches.

The USO will close down the landing Wednesday and reopen it Feb. 20 with upgrades in time for the carrier visit, said Tina Wright, USO programs coordinator at the base.

The Fleet Landing had 3,500 visitors in December and the USO decided some improvements would make the facility more comfortable and more usable, she said.

An office will be removed and turned into a new gaming room with two Xbox 360s and a Wii.

"The gaming room is really small right now and we are expanding it into the larger room," Wright said.

Visitors should also see a faster Internet connection at the landing.

The 11 computers and free wireless service will get a new provider and be separated from the USO-sponsored connections at nearby Nimitz Park, Wright said.

The two locations now share a connection and the change should increase Internet speeds and make maintenance easier, she said.

A new bank of phones will offer free calls to the United States so sailors can keep in touch with home.

Meanwhile, the welcome center and lounge will be repainted and refitted with new furniture, giving it a "homier" atmosphere, Wright said.