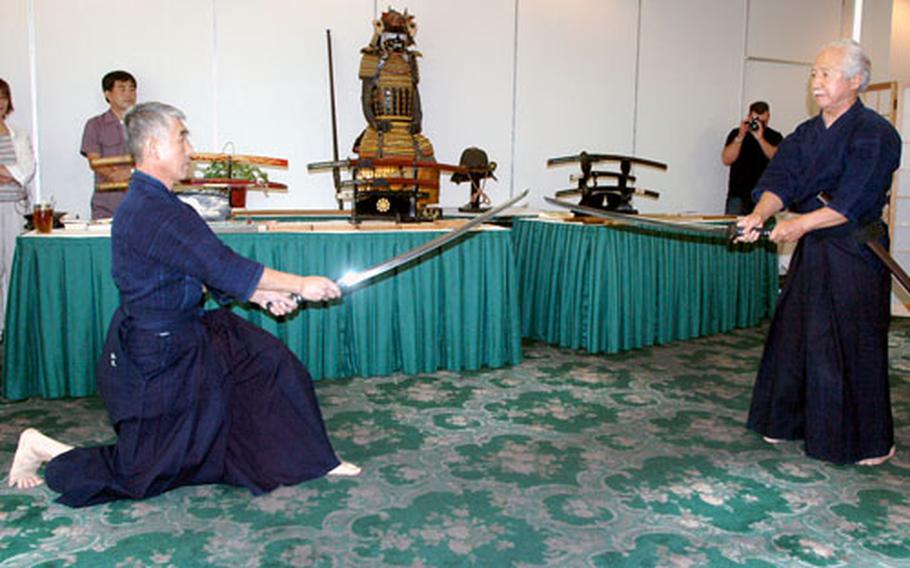 SASEBO NAVAL BASE, Japan &#8212; An area scholar of the Japanese samurai culture and a pair of kendo masters visited the Harbor View Club on Sunday and presented a lecture about samurai, a display of centuries-old swords and an exhibition of ancient kendo movements.

Navy spouse Holly Mateikat counts among her friends samurai scholar and collector Naomi Itoh, fifth-degree kendo master Ikuo Matsuo and his teacher, eighth-degree master Tsuyoshi Fukugawa. She thought an event showcasing Japanese culture could be a rich experience for the base community.

&#8220;I felt it would serve to help Americans understand and appreciate the culture of our host country,&#8221; she said. &#8220;I also hoped it would enhance the relationship established between our two countries.

&#8220;It was wonderful for my Japanese friends, too. They were truly flattered and appreciative that we were so interested in their culture and traditions.&#8221;

The event, hosted by the base Morale, Welfare and Recreation department, started with the lecture, which was translated for those attending, and was followed by the martial arts exhibition.

&#8220;This was very interesting, especially the history of the swords,&#8221; said Navy spouse Christopher Lambert.

The culture-sharing event is of the sort MWR Director Scott Poluhowich said he&#8217;d like to host more often.