Sasebo closes in face of snowstorm 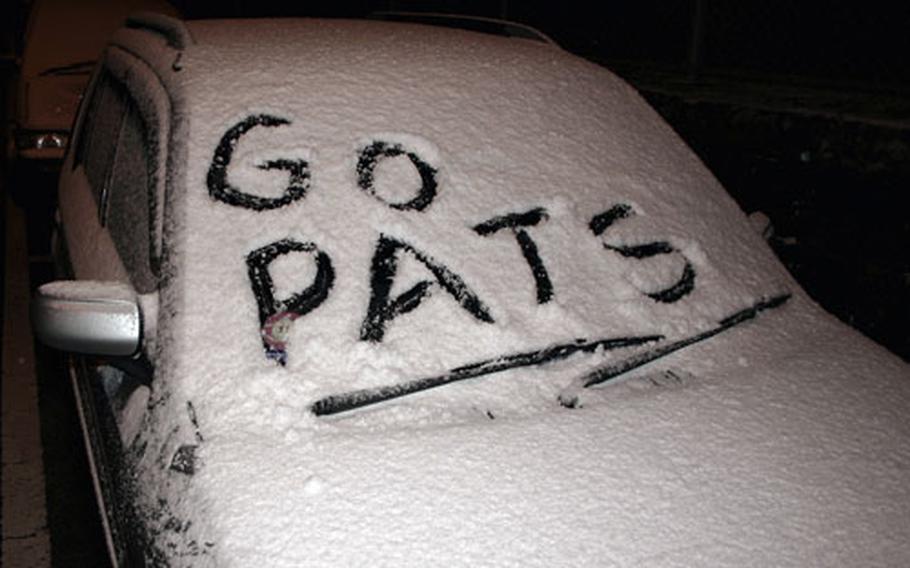 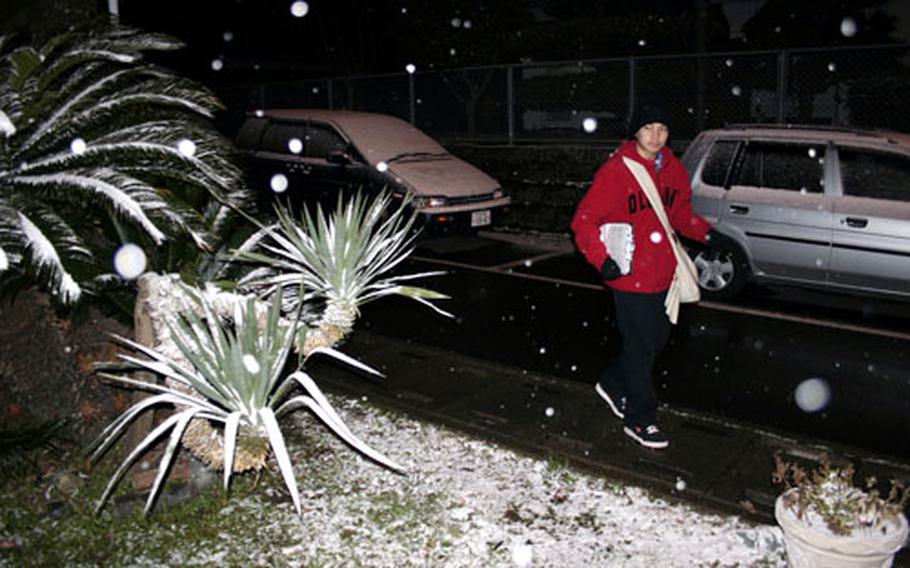 SASEBO NAVAL BASE, Japan &#8212; Base facilities here closed Tuesday in anticipation of a wicked winter storm that had yet to fully materialize well after sundown Tuesday. Meanwhile, 300 miles to the northeast, Iwakuni Marine Corps Air Station experienced periodic heavy snowfall, but no closures occurred.

Meteorologists predicted Tuesday night that the storm was headed for the Sasebo community; several weather warnings were expected to remain in effect into Wednesday, officials said.

Most of Sasebo&#8217;s main base housing residents stayed indoors late Tuesday, but some who ventured out wrote short-lived messages in the snow on their windshields. One driver used a gloved-index finger to write &#8220;Go Pats!&#8221; &#8212; a plug for the New England Patriots, contenders against the Philadelphia Eagles in the upcoming Super Bowl XXXIX.

Said Sgt. Christopher Butler, Iwakuni Weather Office duty forecaster, on Tuesday evening: &#8220;We&#8217;ve seen about the worst we will see, with snowfall of about a quarter-inch and accumulation in just a few spots.

&#8220;We should see light occasional snow showers the next couple of days, even lighter than today, with a maximum accumulation the next few days of about a quarter-inch and really cold days that should begin to warm very slowly starting this weekend,&#8221; Butler said.

&#8220;We will make changes as needed for work hours and areas of the base where the roads might freeze, and to let employees go home who live in areas affected by the snowfall,&#8221; Upton said early Tuesday evening.

Downpours of snow and blasts of numbing wind were predicted for Sasebo on Wednesday and probably Thursday, officials said.

As of deadline Tuesday night, preliminary plans were to open schools at 10 a.m. Wednesday &#8212; two hours later than usual, said Petty Officer 2nd Class Michael P. DeMauro, a forecaster with Naval Pacific Meteorology and Oceanography, Sasebo Detachment. Reopening the base Wednesday also seemed possible, he added, but all plans were subject to the winter weather.

&#8220;Blizzard conditions are expected to reduce visibility to about 500 yards during heavy snow. Gale force winds were expected to persist until near midnight, downgraded to a small craft warning&#8221; Wednesday, stated Seaman Rebecca M. Curtius in the local forecast.

By early Wednesday evening, the Sasebo NPMOD predicts, places below 500 feet elevation on the main base and at Hario Housing Village should have received snow accumulations from a half-inch to 1&#188; inches.