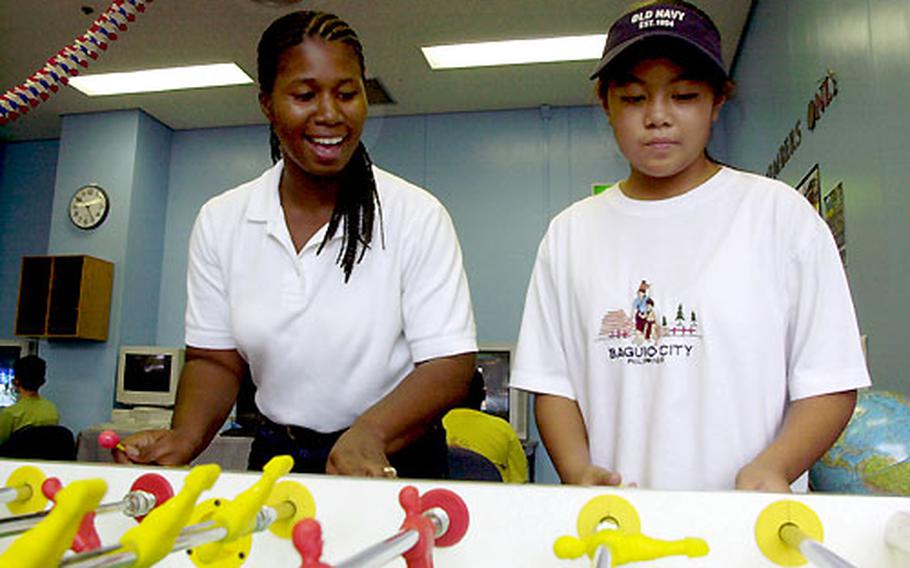 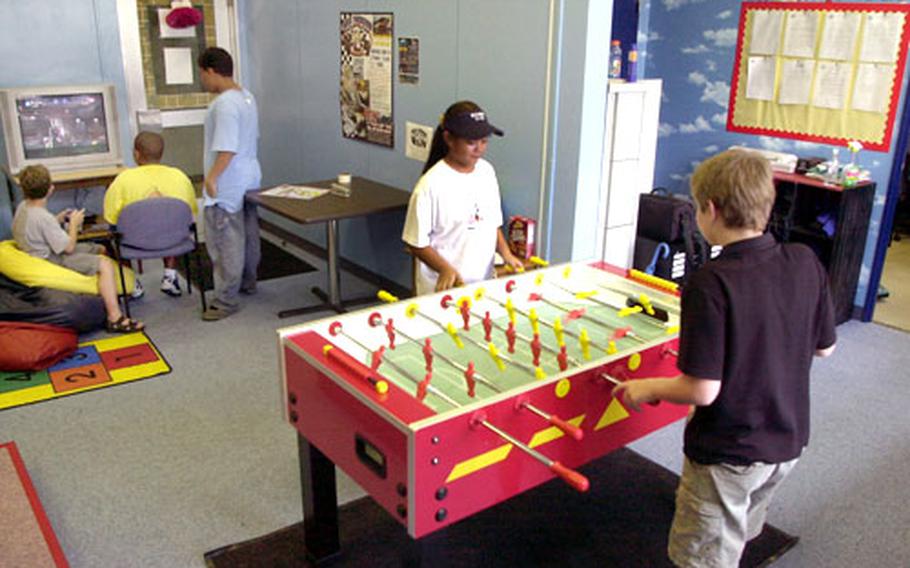 The Den, the pre-teen center at Sasebo Naval Base&#39;s Hario Housing Village, provides youngsters between the ages 10 and 12 a place to call their own. (Greg Tyler / S&S) 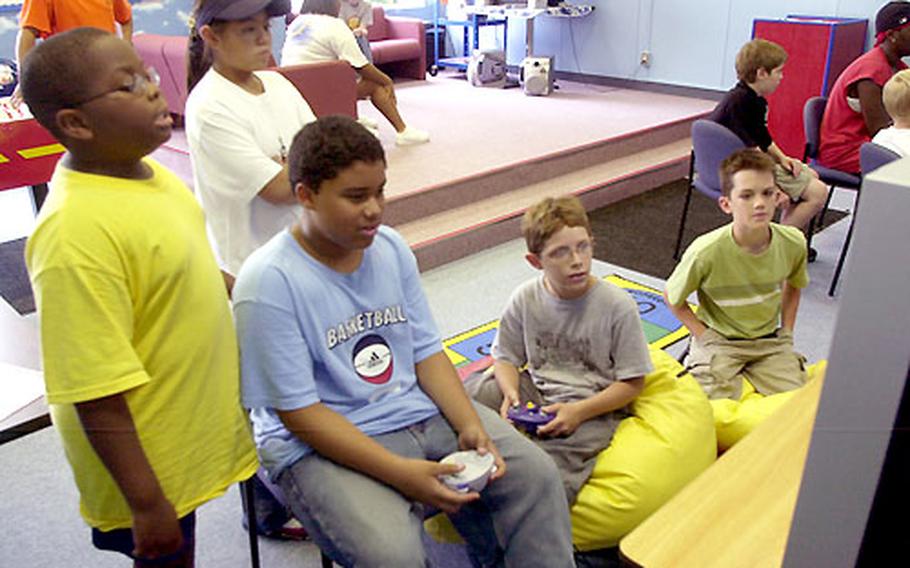 SASEBO NAVAL BASE, Japan &#8212; The official name is the Morale, Welfare and Recreation Pre-teen Center at the Hario Housing Village.

The Den is one large, open room packed with big-screen televisions, video games, air hockey and foosball tables, deep cushioned chairs and couches and for good measure, a few bean bag chairs &#8212; in other words, what might be in the dens of the kids&#8217; homes.

Which may explain the name, which the children were told to select after MWR Director Scott Poluhowich announced plans for the pre-teen center at a town hall meeting in February.

Every day except Sunday, 15 to 30 &#8220;Lost Age&#8221; kids can be found in The Den, across the street from the Hario Gymnasium and across the hall but in the same building as the Navy Exchange Home Store.

&#8220;It&#8217;s their place to come and congregate and enjoy the things we have here,&#8221; said Lloyd Buster, MWR&#8217;s assistant director of youth activities in Hario. &#8220;And there are rules for their use of the center that we utilize to instill the idea of community responsibility. We encourage them to assume a sense of ownership.&#8221;

Buster said the pre-teen center&#8217;s popularity has mushroomed since it opened March 7, especially now that school is out for the summer.

If The Den weren&#8217;t open six afternoons a week, said 11-year-old Vanny Angeles, she would have nothing to do this summer but go to the swimming pool or hang around her house. The center is open Monday through Thursday from 3 p.m. until 6 p.m. and Fridays and Saturdays from 3 p.m. until 8 p.m.

&#8220;I really like coming here and seeing my friends,&#8221; Vanny said just before showcasing her foosball skills against Jacob VanDiepen, 10, another regular in The Den.

PlayStation enthusiast Leonard Outz, 10, says he&#8217;d rather work his game controller at the center than at home.

In addition to table-top games and PlayStation, they also get structured life lessons from Buster and Reed in the Torch Club, a program used via the center&#8217;s association with the Boys and Girls Clubs of America.

The Den sponsors other events, Reed and Buster said, such as an upcoming karaoke concert series that will be based loosely on the &#8220;American Idol&#8221; television show format, and trips to various area attractions.