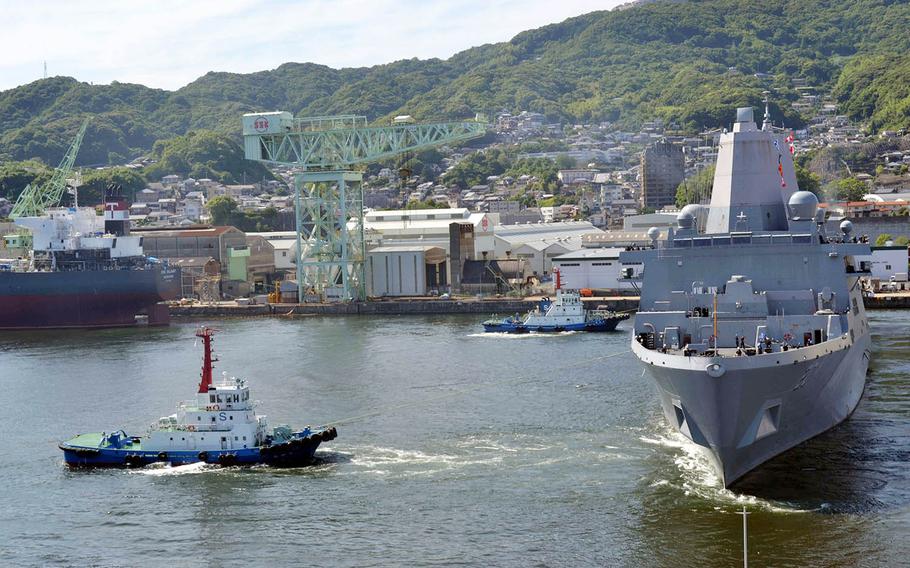 A U.S. sailor was in Japanese police custody Tuesday after officers said he made a drunken attempt to steal a vehicle parked outside an off-base convenience store the previous morning.

Police say Flores took the car, which was left with its engine running, but soon crashed into a metal fence. He then fled on a bicycle.

A witness contacted police who arrested Flores a few hours later about a mile and a half from the store.

Authorities said he had a blood alcohol concentration level of 0.05, which is above Japan’s legal limit of 0.03, the spokesman said.

Flores has denied the charge and refused to speak to the officers, said the spokesman, who added that police planned to send the case to prosecutors on Wednesday.

Sasebo spokesman Aki Nichols said the Navy cannot discuss the details of the incident while it is under investigation.

“We are aware that a U.S. Navy Sailor was arrested early Monday morning Nov. 13,” Nichols told Stars and Stripes in an email. “U.S. Navy security officials are closely cooperating with Japanese security officials on the investigation. The U.S. Navy holds its service members to the highest standards of conduct and expects them to uphold the laws of Japan.”

Sasebo, in southwestern Japan, is home to the bulk of Task Force 76, the amphibious force of the Navy’s 7th Fleet.