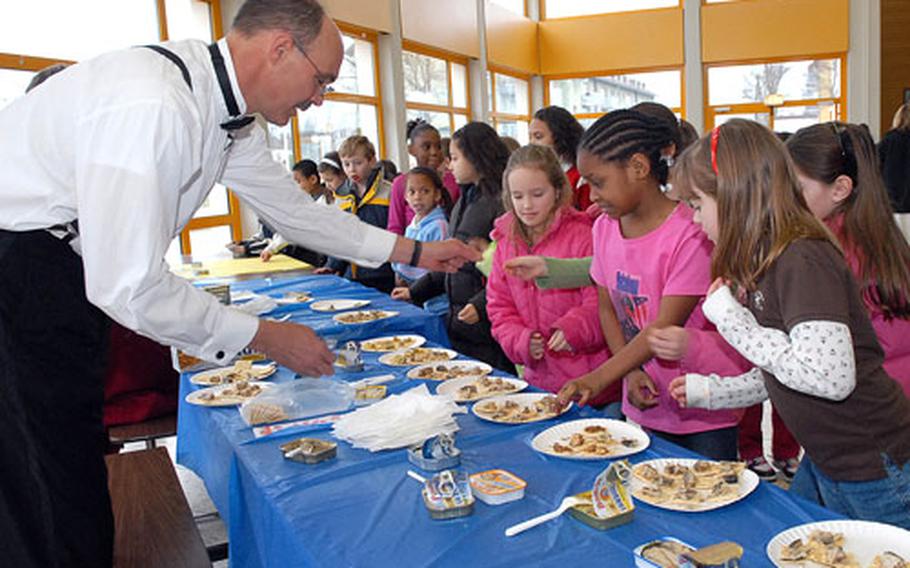 Darmstadt Elementary School principal Russ Claus passes out crackers with sardines on them to children on Wednesday, during Sardine Day. (Michael Abrams / S&S)

Darmstadt Elementary School principal Russ Claus passes out crackers with sardines on them to children on Wednesday, during Sardine Day. (Michael Abrams / S&S) 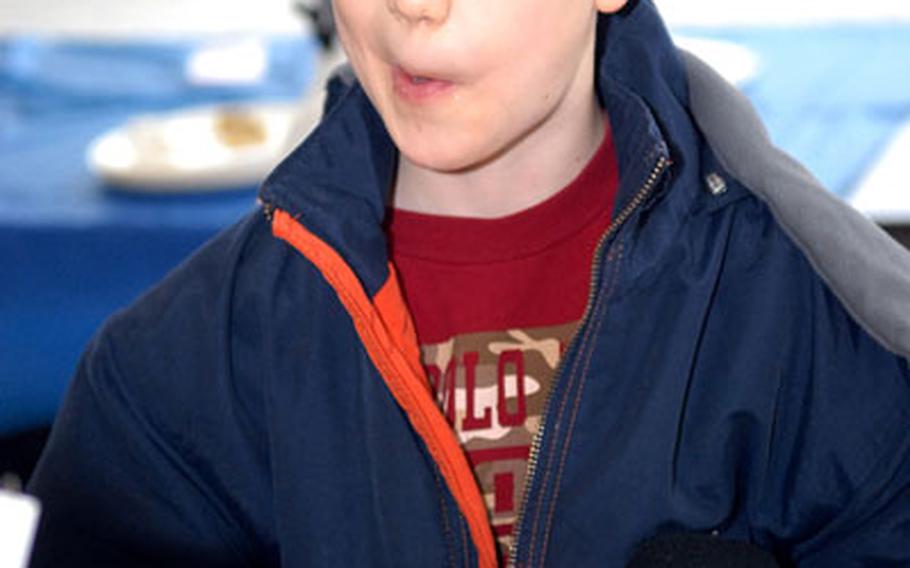 A big fan of Sardine Day at Darmstadt Elementary School was fourth-grader Aaron Moore, 9. According to his count, he had 11 sardine crackers. (Michael Abrams / S&S) 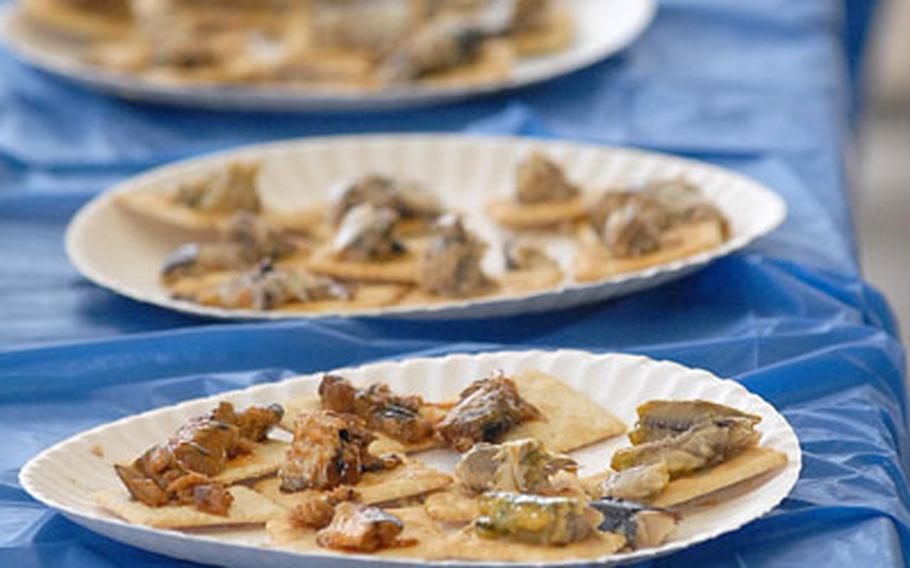 A line of plates full of sardine crackers for Darmstadt Elementary School pupils to eat on Sardine Day at the school. (Michael Abrams / S&S) 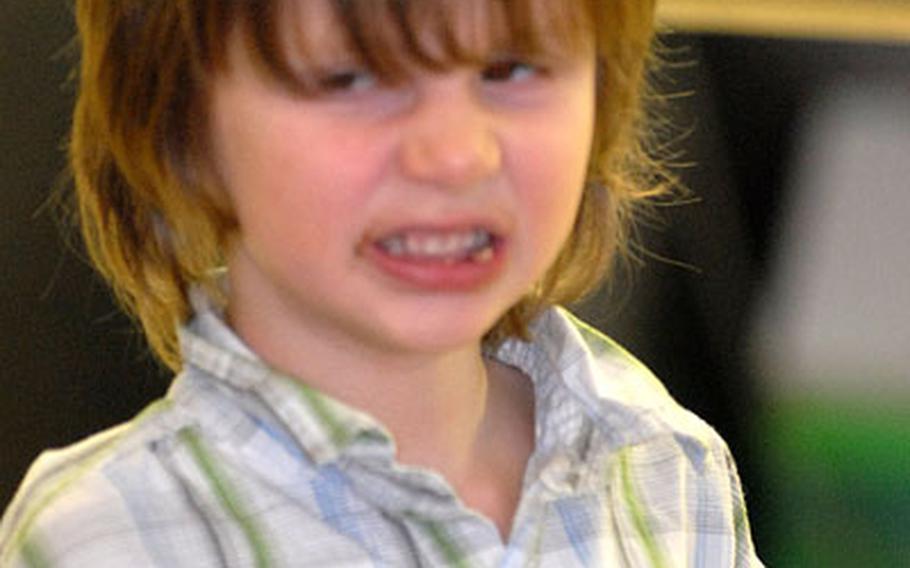 Ryan McNally, 5, a kindergarten pupil at Darmstadt Elementary School definitely did not like the sardines served by principle Claus. (Michael Abrams / S&S)

DARMSTADT, Germany &#8212; Darmstadt Elementary School principal Russ Claus believes the world can be divided into two groups: Those who have tasted sardines, and those who have not.

Claus has tasted them. Thanks or no thanks to him, hundreds of elementary school pupils have as well through something he calls Sardine Day.

On Wednesday his pupils celebrated &#8212; or suffered &#8212; Sardine Day 2007, an annual affair that pairs munching mushy fish with mathematics in a test of guts and graphs.

Dressed in a tuxedo shirt and black bowtie, Claus looked a bit like a dressed-up Charlie Tuna as he tried to manage the kindergartners and first-graders who hadn&#8217;t eaten their lunches and were excited to sample the sardines.

Minutes later, Kailon Cobb, 7, snatched up a sardine-smeared cracker, jammed the whole thing in his mouth and began flapping his hands like an injured bird before running back to his table.

&#8220;It almost made me throw up,&#8221; Kailon said as his classmates recounted their stories of how they&#8217;d also been sickened by the bait-size fish, the remains of which were, they swore, stuck to the ceiling somewhere.

Sampling the little fish was not just a taste treat. After the pupils returned to their classrooms, they voted on whether they liked the mustard- or water-packed sardines and recorded their preferences in a graph.

Neither is Nefeli Supinger, an 11-year-old fifth-grader, who strode into the cafeteria and handed out fliers bearing the slogan &#8220;Save The Sardines For The Penguins.&#8221;