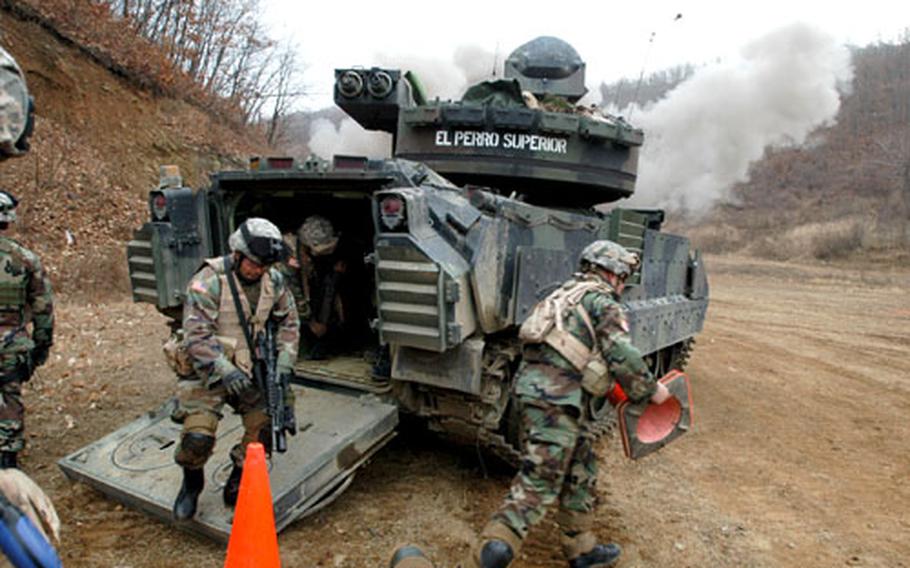 Manchu Sappers dismount from a Bradley Fighting Vehicle and prepare to mark a lane through a simulated minefield after setting off two Bangalores and C4 explosive to clear the obstacle at Cherokee Valley on Monday. (Seth Robson / S&S)

Manchu Sappers dismount from a Bradley Fighting Vehicle and prepare to mark a lane through a simulated minefield after setting off two Bangalores and C4 explosive to clear the obstacle at Cherokee Valley on Monday. (Seth Robson / S&S) 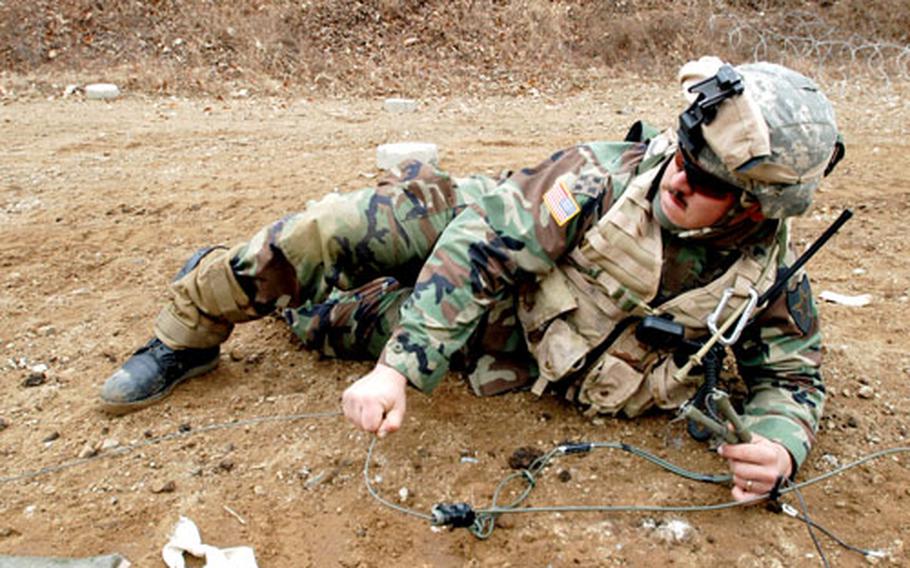 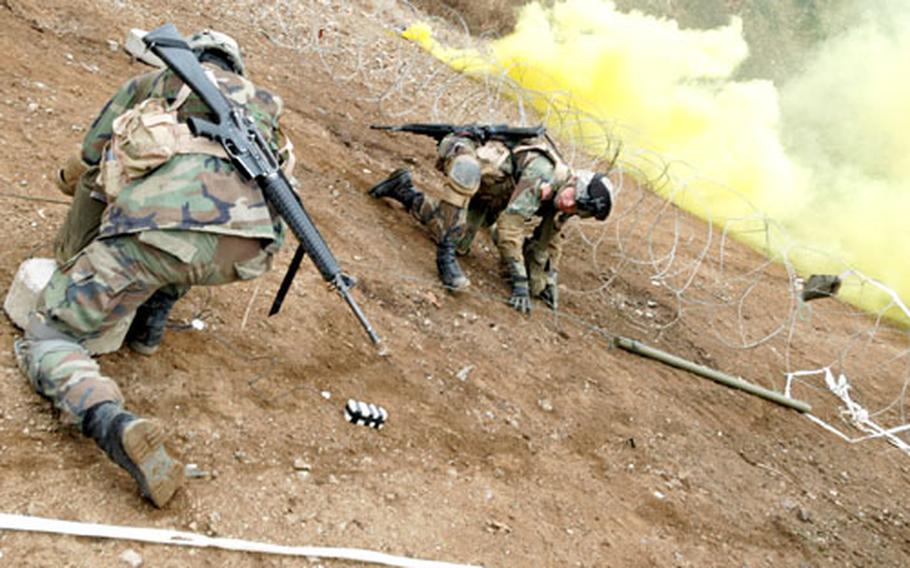 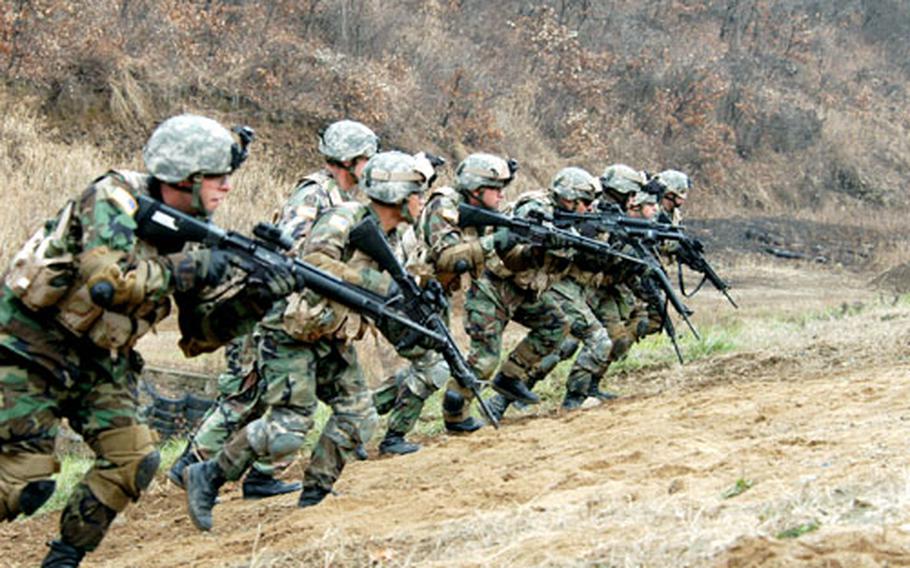 If Henry V were around today he might have led a U.S. Army engineering unit. Breaching obstacles such as barbed wire or minefields is all in a day&#8217;s work for engineers from Company E, 2nd Battalion, 9th Infantry Regiment.

Monday saw Company E, known as the Manchu Sappers, at Cherokee Valley range breaching a wire obstacle and minefield. Commander Capt. Brian Smith, 33, of Queens, N.Y., said the unit arrived at the range Sunday and started dry and blank runs on the range in preparation for live fire.

During the live-fire portion of the training, squads of sappers rolled onto the range in Bradley fighting vehicles. The Bradleys immediately fired on &#8220;enemy&#8221; targets overwatching the obstacle.

The engineers called in an artillery smoke barrage, simulated with smoke canisters, to give them cover, and dismounted from one of the Bradleys. A sapper then ran toward the minefield, hurling a grappling hook on a rope. The hook was designed to set off any booby traps and allow two more sappers with Bangalores &#8212; long tubes of C4 explosive &#8212; to approach the wire.

Spc. Richard Droste, 20, of Detroit, was charged with carrying one of two Bangalores in the assault. He is a big fan of the devices.

&#8220;You can do anything with Bangalores as far as demolition and clearing minefields is concerned,&#8221; Droste said.

Another soldier carrying a Bangalore, Spc. Jesse Gibbon, 19, of Fargo, N.D., said it was the first time he had done a live-fire breach, although he had blown up a trash can with gasoline when he was a kid.

Gibbon, who joined the Army in April 2004 and came to South Korea in September, said the breach operation was physically exhausting.

The soldiers placed the Bangalores and several blocks of C4 strategically around the wire and the minefield, then high-tailed it back to their Bradley with a string of detonation cord. Once everyone was out of the danger zone, the squad leader attached an M-81 igniter to the end of the cord and pulled.

But before he could attempt the procedure again, a timed fuse laid by the sappers set off the explosives, sending smoke billowing over the range.

The engineers leaped into action, laying orange cones to mark a safe path through the mines. That allowed the Bradleys to bound past the obstacle and engage the &#8220;enemy&#8221; on the other side. The sappers were not far behind in charging up to the high ground and unleashing fire from their M-16s.

The green plastic targets in front of them didn&#8217;t stand a chance.