Santa arrives at Yokota Air Base 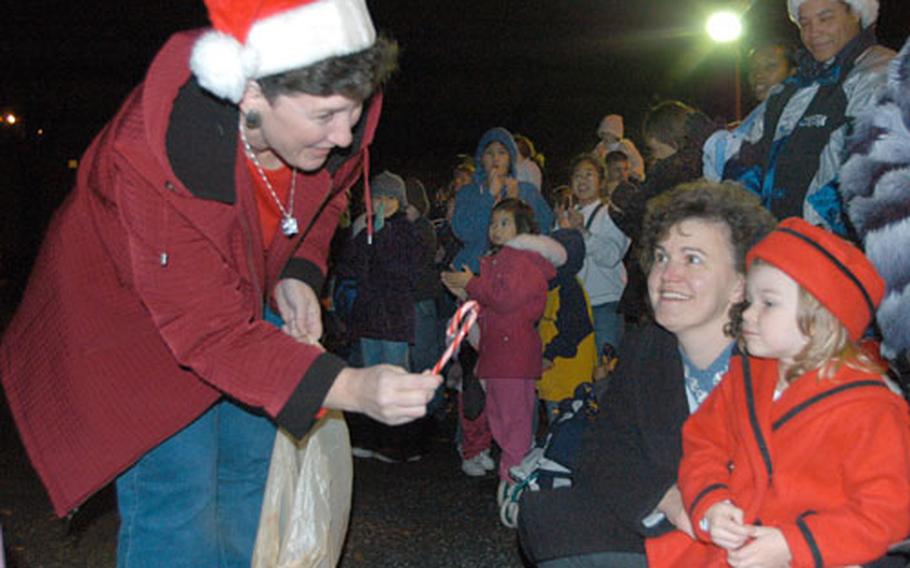 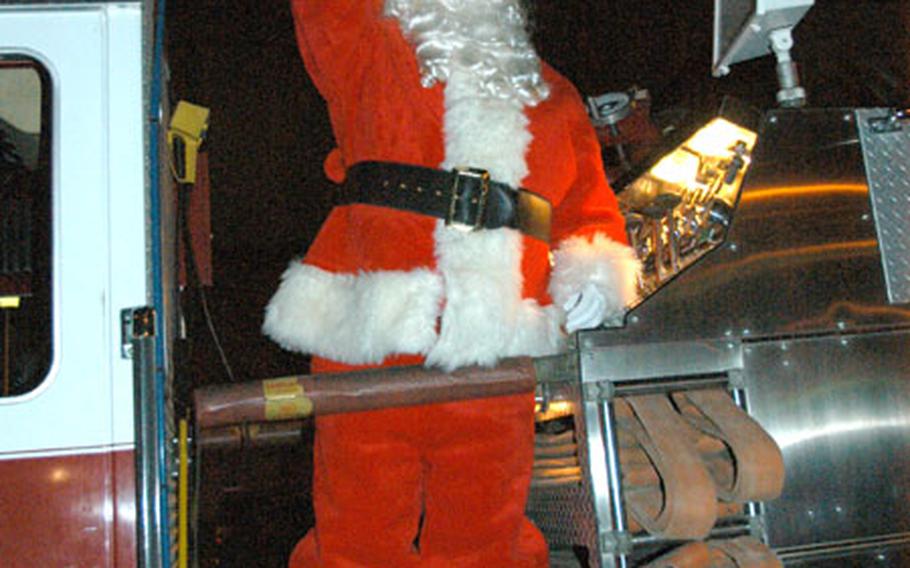 YOKOTA AIR BASE, Japan &#8212; Santa Claus arrived here Friday night to usher in the holiday season in conjunction with the annual base Christmas tree-lighting ceremony outside the chapel.

Almost immediately, hundreds of children &#8212; base officials estimated more than 500 people attended &#8212; rushed to the driveway where the truck stopped, hoping for a chance to meet Santa and Mrs. Claus &#8212; played by Christina Botteicher.

Labdon stepped off the truck and wound his way with Botteicher to a stage where 374th Airlift Wing Commander Col. Mark Schissler and several base chaplains awaited.

Schissler summoned 19-year-old Airman Eric Adamo to throw the switch and illuminate the base Christmas tree.

Adamo, who hails from Hasbrouck Heights, N.J., is the newest airman on base, Schissler said.

The crowd slowly counted down and Adamo pushed a large lever, illuminating the holiday display beside the chapel.

Santa&#8217;s arrival and Adamo&#8217;s lighting of the tree were the highlights of the ceremony that also included performances by U.S. Air Force Band of the Pacific-Asia&#8217;s Pacific Brass and Yokota High School Choir, as well as Schissler&#8217;s keynote speech.

After the ceremony, Yujo Community Center hosted a holiday party with pizza and sandwiches, drawings and of course, &#8220;Santa&#8221; Labdon.