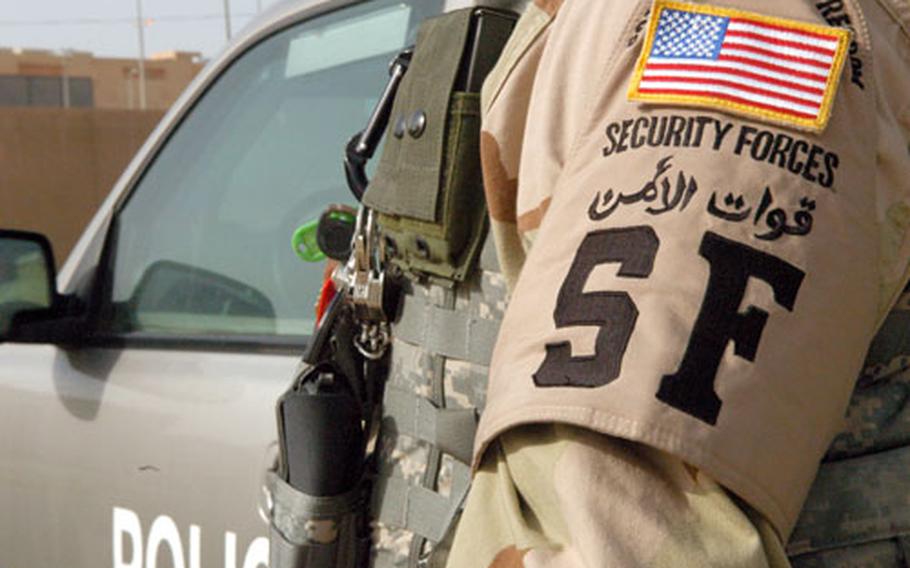 The U.S. Air Force has organized a 45-member International Zone police force. It is pulled from a variety of bases, and officers serve on six-month rotations. (Allison Batdorff / S&S)

The U.S. Air Force has organized a 45-member International Zone police force. It is pulled from a variety of bases, and officers serve on six-month rotations. (Allison Batdorff / S&S) 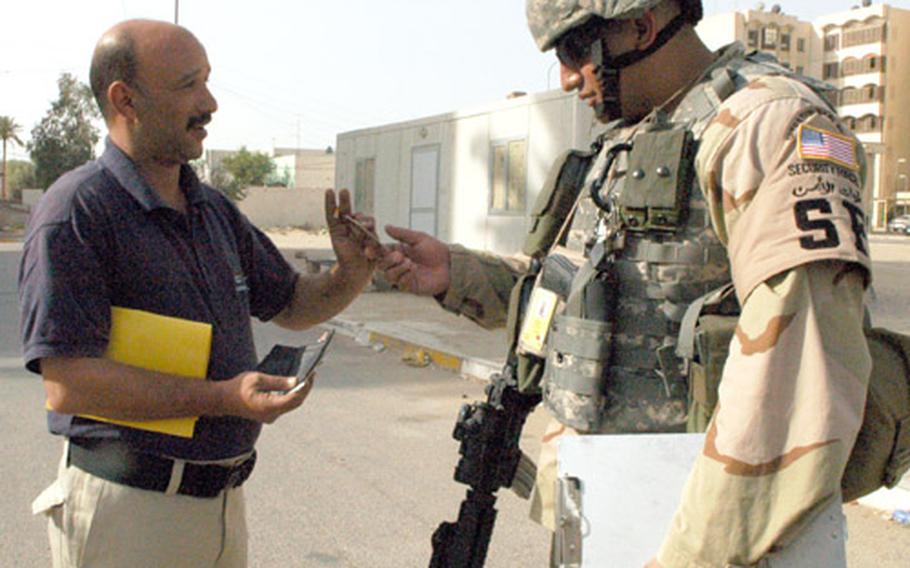 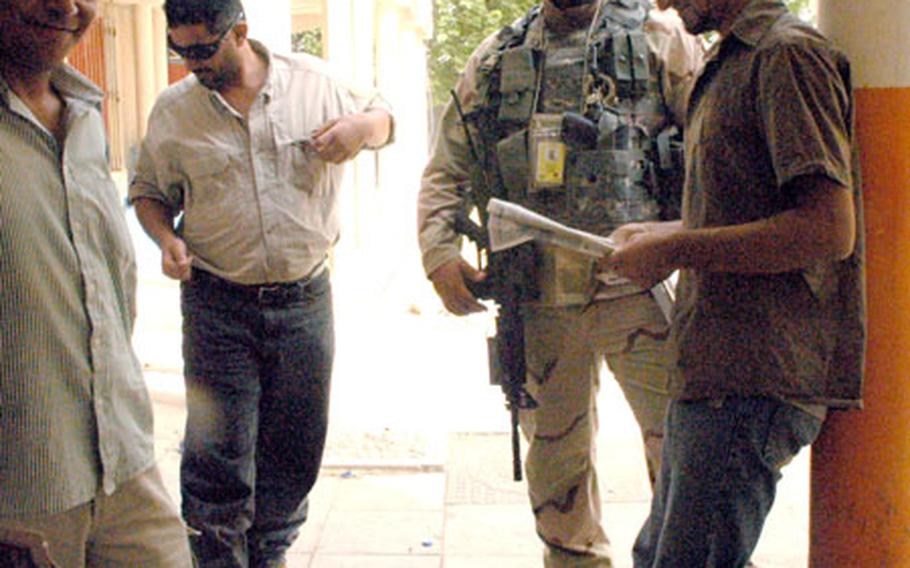 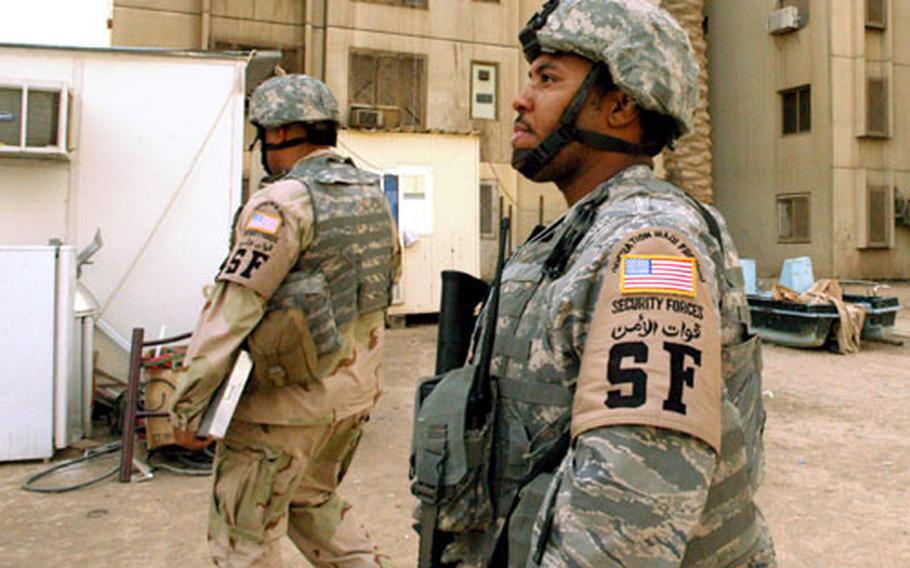 Being a cop in Baghdad’s International Zone often means being the first to arrive after you hear the explosion, Senior Airman Jeff Wright, 21, of Danville, Va., said Sunday. The IZ has seen over 240 attacks with mortars, rockets and small arms fire in the last six months. (Allison Batdorff / S&S)

Except for the mortar and rocket attacks.

And keeping tabs on potential insurgents within its walls.

And the fact that everyone carries guns &#8212; not just the cops.

So says the U.S. Air Force unit that protects and serves the seat of the U.S. occupation.

Since 2004, the Air Force has provided a 45-person unit to keep law and order in the zone &#8212; with the exception of the Marine-guarded U.S. Embassy. The zone, also called the Green Zone, includes the Convention Center, Iraqi Governing Council, several military bases, servicemember and civilian housing and contractors&#8217; headquarters, and is home to thousands of Iraqis.

The current police unit is from Lackland Air Force Base, Texas; Grand Forks Air Force Base, N.D.; Ramstein Air Base in Germany and the Royal Air Force in Mildenhall, England. Its numbers have gone up so more police officers will be out and about, Blake said.

Zone residents must carry identification badges on them at all times; nonresidents and unescorted people are removed. Escort violations make up the majority of the infractions, said Army Sgt. Darek Dabbs, 29, of Virginia Beach, Va., who tracks trends and analysis for the police. He counted 1,370 escort violations in the last year alone, he said.

But resident Rammah Fouad, who was stopped for a badge check, said he feels safer in the zone than outside it.

Iraqi infractions are usually given over to the Iraqi police, though they often have problems getting gasoline and can&#8217;t come, Blake said. If civilian contractors are involved, police call their supervisors. Those in the military fall under the Uniform Code of Military Justice.

While the police get the usual array of domestic violence calls, brush fires and car thefts, there are far more gun violations. Every family is authorized to carry a weapon, to say nothing of the armed forces and protective service contractors in the area.

Police in the zone confiscated 438 weapons, Dabbs said, though no time period was available.

Wright said he likes this part of the job and took combat aid training this week.