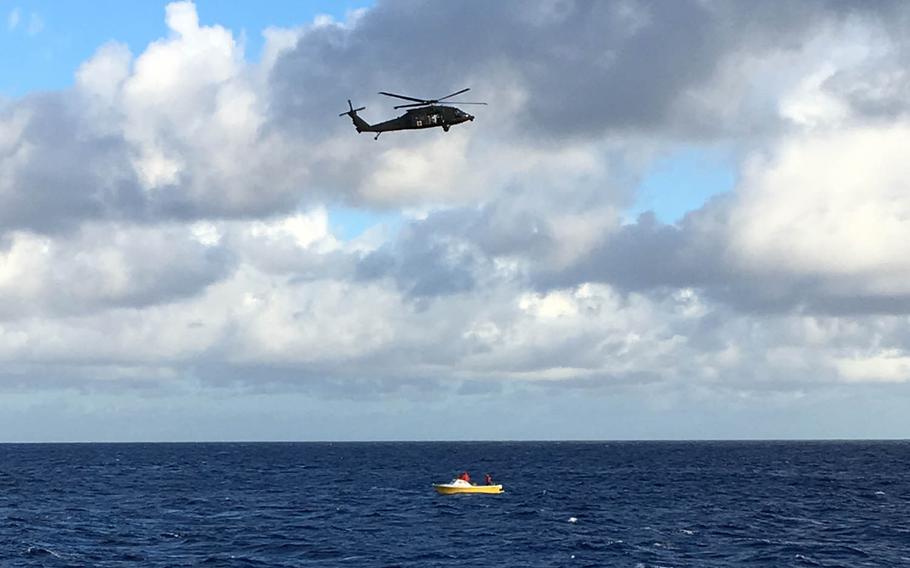 A UH-60 Black Hawk helicopter from Wheeler Army Airfield and a fireboat from the Honolulu Fire Department take part in search-and-rescue operations last month after an Army Black Hawk went down off the coast of Oahu. (Courtesy of the U.S. Coast Guard)

Investigators determined that enough “physical and visual evidence” had been collected to allow a thorough investigation of the Aug. 15 crash, which took the lives of all five crew members aboard, an Army statement said.

The Black Hawk, with the 25th Combat Aviation Brigade, was one of two helicopters conducting routine night training out of Wheeler Army Airfield.

Search-and-rescue operations were suspended on Aug. 21.

Officials from the 25th Infantry Division ended the monthlong salvage-and-recovery operation after concluding searches were unlikely to find any additional remains of the crew members, the Army said.