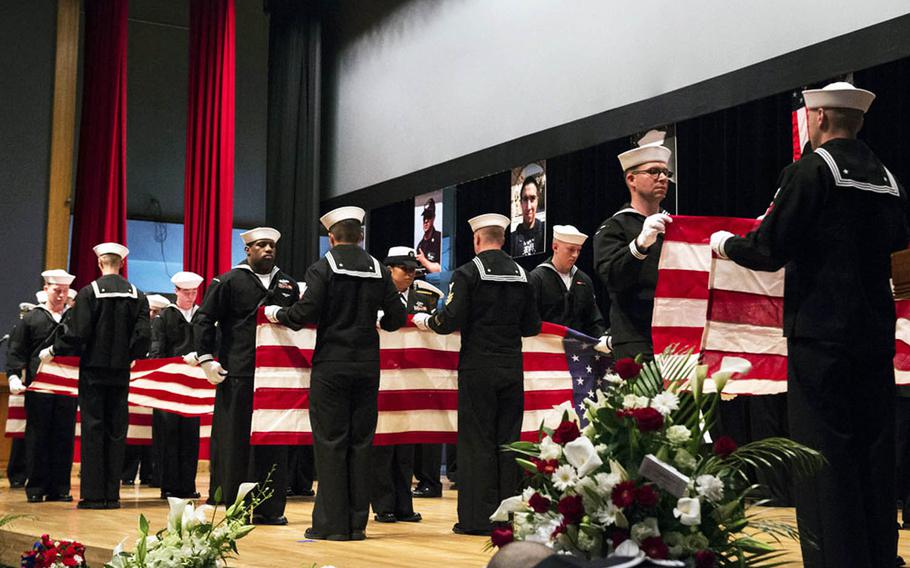 Sailors ceremonially fold seven American flags during a memorial ceremony on June 27, 2017, at Yokosuka Naval Base, Japan, for the USS Fitzgerald sailors who were killed in a collision at sea on June 17. (Raymond Diaz III/U.S. Navy)

YOKOSUKA NAVAL BASE, Japan — The Navy has posthumously promoted the seven USS Fitzgerald sailors who perished in a deadly June 17 collision with a merchant ship off the coast of Japan.

The Fitzgerald, which was placed in dry dock at Yokosuka on July 11, will be taken to the mainland United States on a heavy lift ship to undergo repairs in the fall, the service announced this week.