Sailors take the plunge and re-enlist 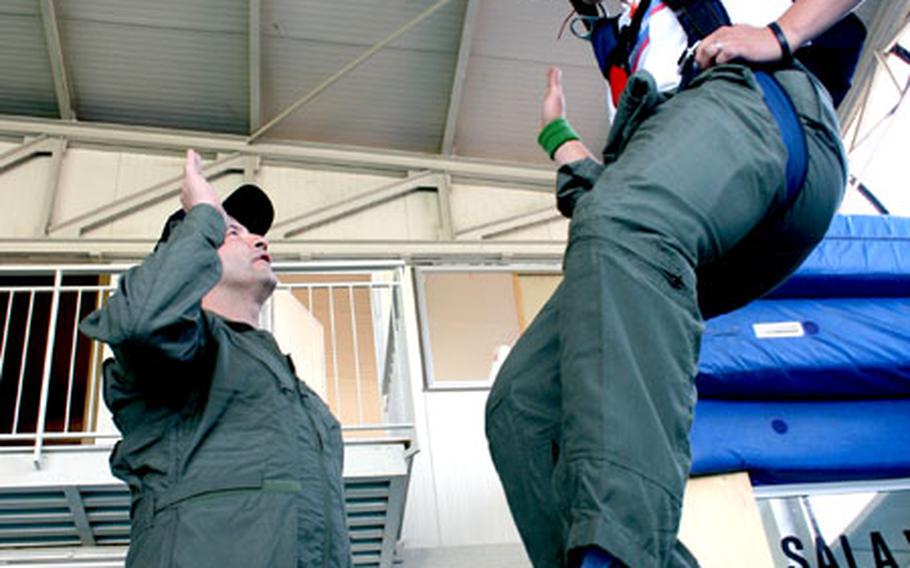 Quijano and his wife, Maria, 21, read in order to quell their nerves as they wait Friday to skydive tandem. (Sandra Jontz / S&S) 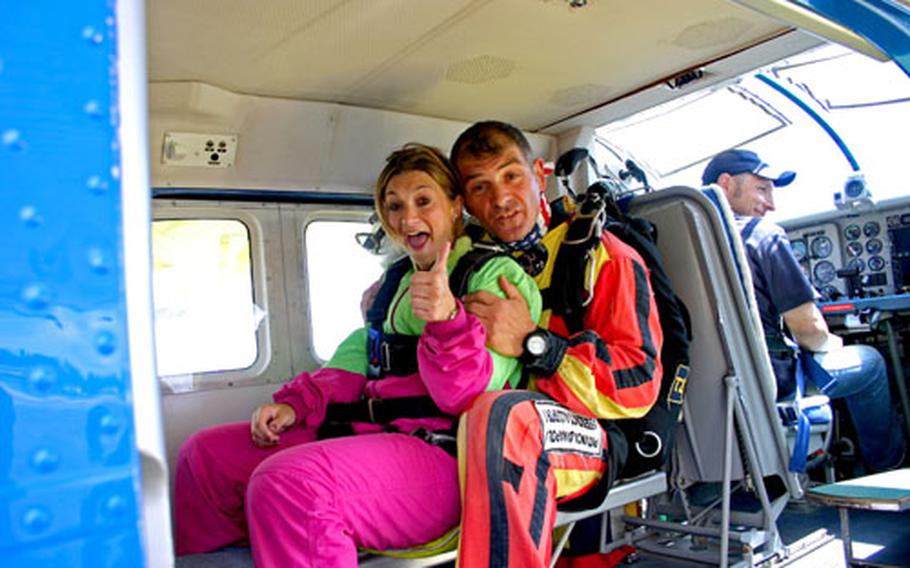 Vitale gives a thumbs up just before she and jump master Fattoruso parachute in tandem. (Sandra Jontz / S&S) 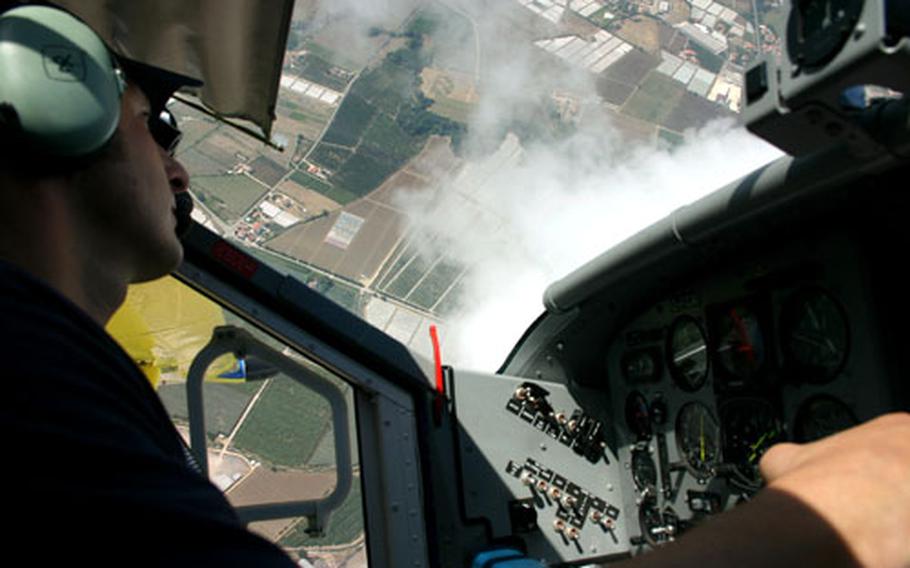 SALERNO, Italy &#8212; The sky was the limit Friday for two sailors who celebrated their re-enlistments for two more years of service in the U.S. Navy.

Somehow, bowling pales in comparison to what they ended up doing.

Vitale and Petty Officer 2nd Class Felix Quijano &#8212; and five supporters &#8212; commemorated the event by launching themselves from 4,300 meters (14,100 feet) above the Earth&#8217;s surface from a perfectly functioning airplane. They plunged more than 200 kilometers (more than 120 miles) an hour toward the ground &#8212; until, of course, their parachutes opened 1,500 meters (4,900 feet) above the ground, and, at the hands of expert jump masters, glided safely to a landing.

Nor would the actual pledging of the oath.

Both sailors hung from a training harness in the hangar of Skydive Salerno parachute school and committed to serve faithfully, honorably and uphold the U.S. Constitution as their commander, Lt. Tony Palbon, administered the oath.

Overall, the U.S. Navy is on target to meet its retention goals for fiscal 2005, a Navy spokeswoman said Friday.

As of April, the service was exceeding its target retention of 53 percent of eligible sailors with a number of 59.4 percent in Zone A, or those with fewer than six years of service.

The service had retained 67 percent in Zone B, those with six to 10 years of service, slightly below the target of 69 percent. And in Zone C, the service was over the target of 85 percent with a retention number of 85.6 percent.

Quijano, 24, had thought that after six years of service, he&#8217;d be ready to get out when the time came.

&#8220;I have said time and again that I planned to get out, but you have managed to keep me in,&#8221; he told Palbon and the others who gathered to help the re-enlistees celebrate.

And after 13 years of service, Vitale said there was no way she&#8217;d pass up a chance at her next duty station &#8212; to be the events coordinator for the Navy&#8217;s Blue Angels flight demonstration team in Pensacola, Fla.

So, with one spouse, one son, and several friends on hand to celebrate, they threw themselves into two more years of service &#8212; punctuated by an actual plunge.

The seven people who plummeted from the plane plunked down 185 euros each, which includes the tandem jump and a video of the moment as a keepsake.

Skydive Salerno, roughly an hour&#8217;s drive from U.S. Navy bases at Capodichino and the Support Site, is open on weekends for walk-in jumpers and by appointment on weekdays, said head jump master Nuccio Fattoruso. Information is available at skydivesalerno.com.