Sailors show West Africa 'other' side of Navy 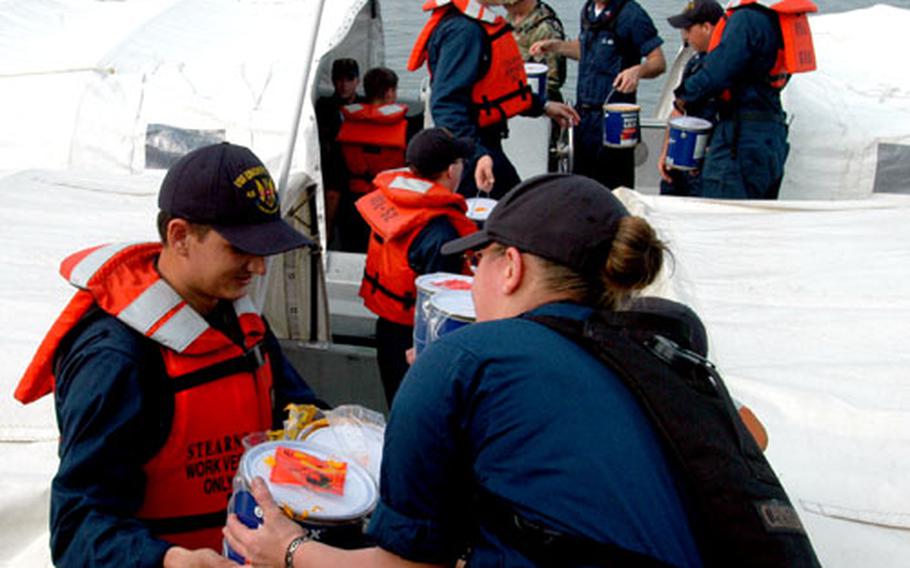 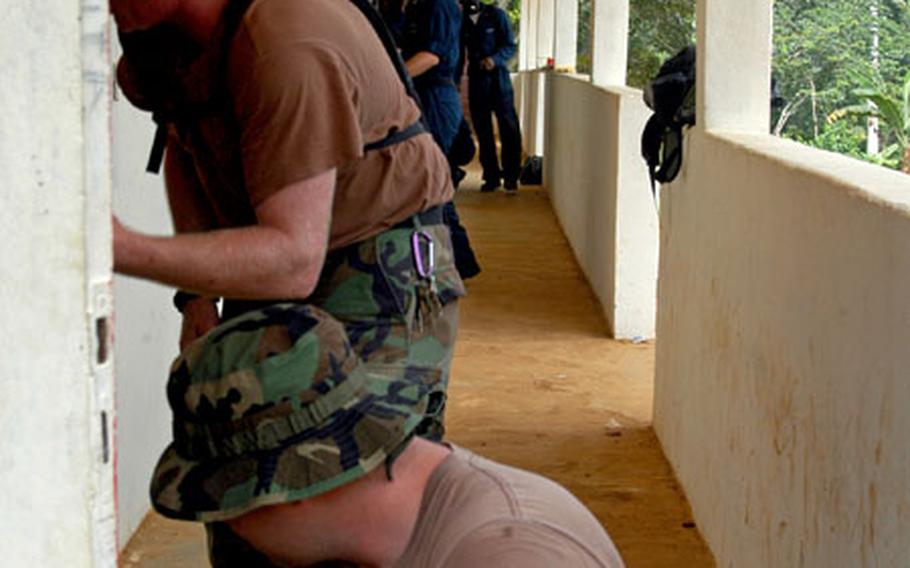 LIBREVILLE, Gabon &#8212; Seaman Apprentice Jordan Saffell wasn&#8217;t bothered by the swelter of 104-degree humid heat. She wasn&#8217;t crazy about the nickel-sized spiders, but they didn&#8217;t thwart her spirits.

Saffell, 18, was one of 24 sailors from the USS Emory S. Land who volunteered Saturday to patch and paint a near-dilapidated school in the province of Essassa.

The submarine tender, based out of La Maddalena, Sardinia, is midway through a two-month deployment to the West African countries of Cameroon, Gabon and Ghana with missions spanning from repairing schools and orphanages to training the African militaries to provide coastline security.

While Gabon is a nation rich in petroleum, lumber and mined diamonds, its government leaders don&#8217;t put education high on the priority-spending list, said Chaplain (Lt. Cmdr.) Gabriel Mensah, a native of Ghana, where the Land will make its next port visit.

Years of neglect led to crumbled walls and roofs of local schools, such as the Catholic school the sailors fixed up.

With two of the five classrooms condemned because the foundation is crumbling, the sailor volunteers refurbished the three sound rooms with new paint and patched roofs and ceilings. Officials scrapped a major restoration project when the price tag topped $120,000 &#8212; more than the $100,000 new school built next door, which opened Jan. 13, Edouard said.

Key to the building project is the addition of three bathrooms for the students, who used to cross a dangerous major roadway to reach a wooded area because they had no facilities at the school, Edouard said.

More sailors volunteered for the community relation projects than Mensah had jobs, a testament to their desire to help, he said. Sailors refurbished desks and chairs and played soccer at a 950-children orphanage in Doula, Cameroon, and spruced up classrooms and installed two basketball hoops and a volleyball net in Port Gentil, Gabon.