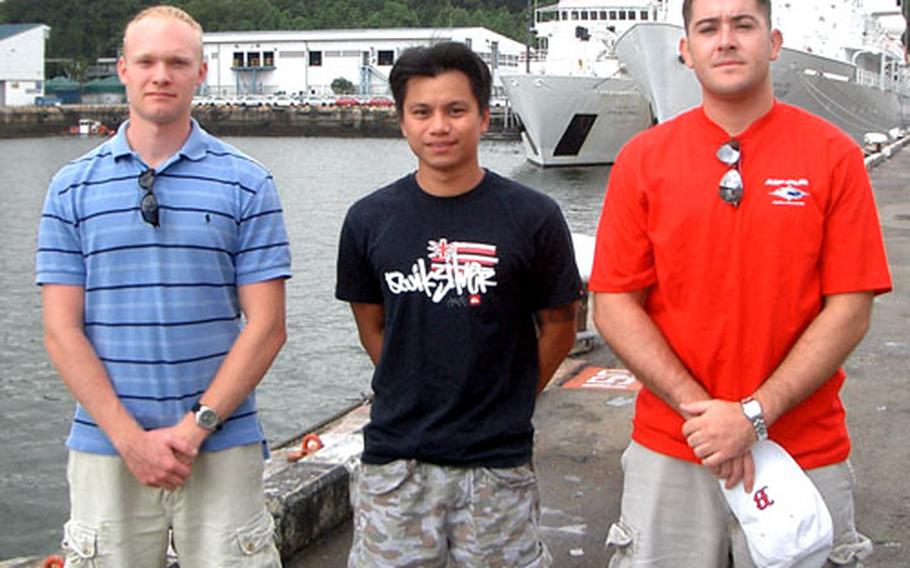 They were in a taxi en route to the Clarks Quay nightlife district about 3 a.m. Monday when they saw one man repeatedly hack another with a machete, sheath the blade in his pants and run away.

The trail led to the wall of a nearby convenience store, where the man was slumped against two women, later identified as his sister and her friend.

His wounds were &#8220;gruesome,&#8221; Judi and Chaney said, adding that the machete cut down to the bone and tendon and the man was bleeding heavily.

Drawing on his EMT training, Judi checked the man&#8217;s vital signs. Chaney borrowed a belt and shirt from a bystander and fashioned a tourniquet. Campbell called the police and asked the convenience store to call an ambulance, which arrived in 20 minutes.

The man was rushed to a local hospital, where he underwent surgery. Despite their captain&#8217;s praise, the three indicated they&#8217;d be just as happy skipping the personal recognition.