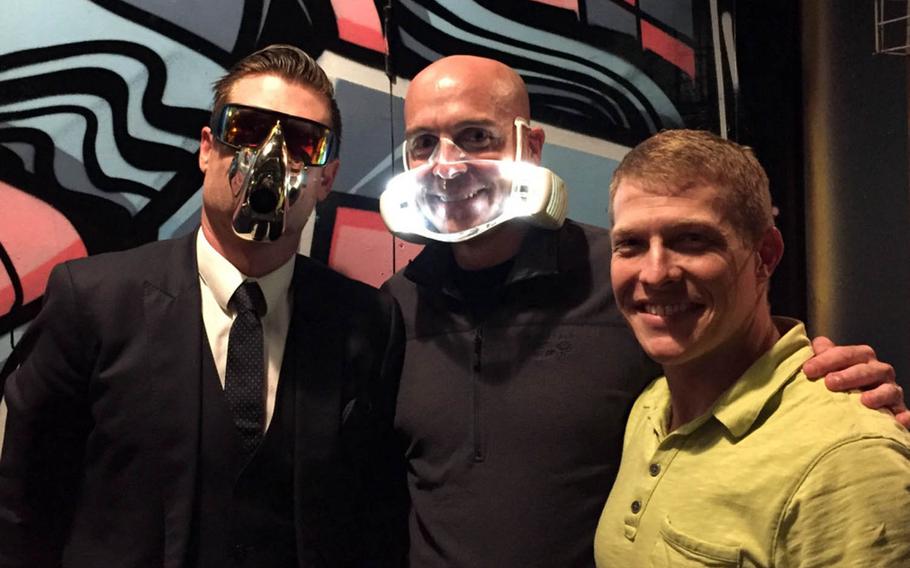 FORT SHAFTER, Hawaii — The first day Sean Anthony walked into Great Horn, a small tech company near Boston, he knew he was a long way from his Navy home.

“Two people chilling in beanbag chairs, a couple people on a couch, someone in a La-Z-Boy, and they had a Nintendo Wii hooked up to the TV,” said Anthony, an enlisted cryptologic technician stationed at Joint Base Pearl Harbor-Hickam in Hawaii. “It looked like a college frat boy’s lounge party, but they were doing business and talking about expense reports and updating their software and other type stuff that other normal businesses would do. But it was definitely a bit of a culture shock.”

A shift in culture for sailors, however, is one of the primary goals of the Pacific Fleet Industry Innovation Fellowship program — still in the pilot stage — that places them in small companies with an ethos of innovation and risk-taking. The program operates in partnership with the Office of the Secretary of Defense’s MD5 National Security Technology Accelerator, which is intended to foster civil-military technology collaboration.

The fellowship sprang from an innovation summit in 2016 aboard the USS San Diego during Fleet Week in San Francisco, said Adam Harrison, MD5’s director.

Industry and military participants at the summit found a common interest in developing and training people to be more creative and adaptive when faced with opportunities or threats, he said.

“The recommendation that came out of this summit was that we look at doing an across-military-industry fellowship program for high-potential personnel,” he said.

The first four sailors participated in late 2016, and another three joined two firms this past fall.

Better understanding For Anthony, whose job includes developing and advising cybersecurity throughout the Navy, the five-week fellowship with Great Horn was a good fit — culture shock aside. The company’s work focuses on cloud cybersecurity, with a product intended to provide endpoint protection from cyberintrusion or scamming for clients who use companywide cloud services from, say, Gmail, Amazon or Microsoft, Anthony said.

“One of the things that surprised me was the difference in terms of cybersecurity,” he said of comparing the approaches of the Navy versus the tech company. “For me, cybersecurity deals with hardware, like servers and actual computers,” he said.

“I got to see [this company’s] point of view on those topics,” he said, adding that he returned to the Navy with a better understanding of cloud infrastructure.

The company is developing a face mask filter, and Fletcher’s background — a master’s degree in mechanical engineering, experience prototyping and familiarity with Emergency Air Breathing masks as a submarine officer — earned him a fellowship spot. As was the case with Anthony, Fletcher has had no experience in the civilian corporate world.

“It gave me the opportunity to be exposed to completely new types of experiences, to help broaden my skill sets that I can rely on in the future as my Navy career progresses,” he said.

The Auckland company is developing a face mask with an eye toward marketing where many people are used to wearing filters because of air pollution, such as South Korea and China, Fletcher said.

“The problem is that those are not very effective unless you get a very tight seal around your mouth and nose for the filtration to work,” he said. “And as you’re breathing, you’re breathing in that hot, humid air, so it’s very uncomfortable to wear.”

O2O2’s face mask creates a pocket of filtered air in front of the wearer’s mouth but doesn’t need to seal the area.

No fear One lasting lesson from the fellowship was the mindset Fletcher saw in the company concerning failure — or more accurately, the lack of fear of failure.

“That’s one of the things I brought back,” he said. “In the shipyard where we’re working to develop a course that kind of helps hone in on and to help us understand our preconceived notions of failure, of how we were raised to think that if something fails, someone’s to blame. And if you accept failure, then you’re admitting blame for whatever happened.”

Another takeaway was how such a small company — comprising only three co-founders — created a presence of a roughly 100-employee firm by effectively outsourcing all aspects of work, including innovation.

Fletcher said seeing how that was done will help with the shipyard’s ongoing project of developing a network of partnerships with schools, academies and private companies.

Harrison said the next step for the program is to open it to servicemembers across the military, with a longer-term goal of recruiting and sending 50 fellows per year, depending on funding. Fellows are assigned on a temporary duty basis, so the military is responsible for their room and board wherever they go.

“Ultimately, what we’d like to do in a final step is create opportunities to bring industry people into the military,” he said.

That could make for an interesting learning curve.