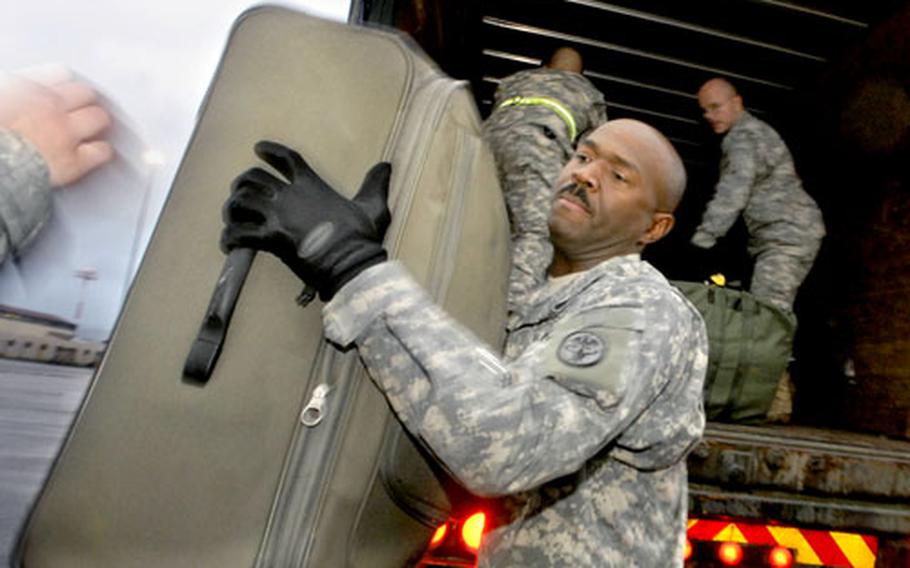 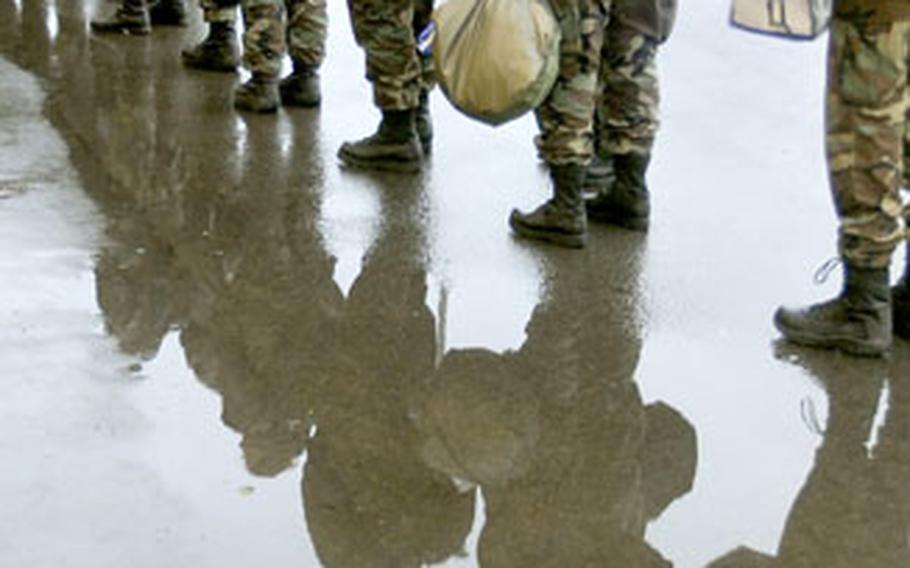 Instead of the open seas, the Naval Reserve Fleet Hospital, Great Lakes, Ill., will spend the next year in rainy Germany, providing everything from cooks to doctors in support Landstuhl Regional Medical Center’s mission. (Ben Bloker / S&S) 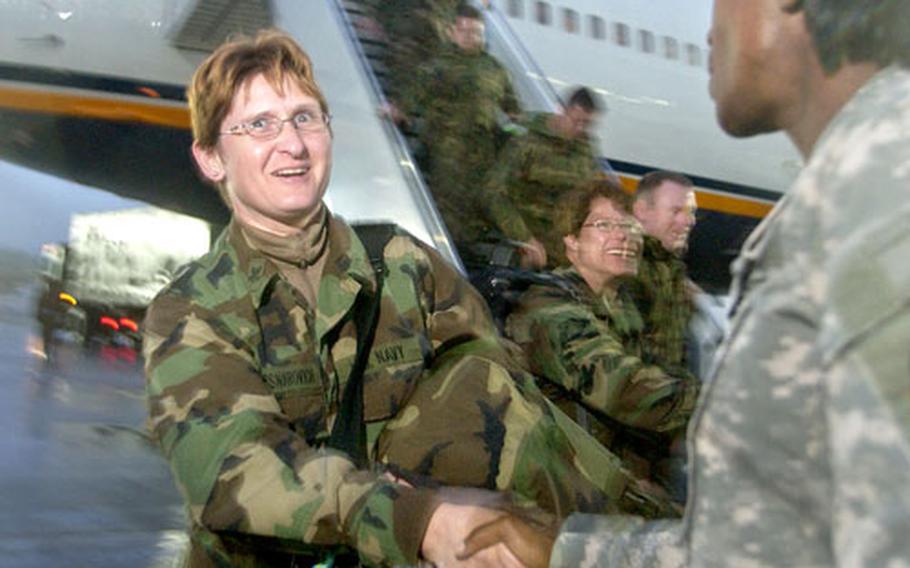 Tuesday&#8217;s group represents the majority of about 350 sailors from Naval Reserve Fleet Hospital Great Lakes who will be serving at Landstuhl for the next year. A contingent of about 100 sailors arrived at Ramstein on Sunday.

It marks the first time a Navy group has been slated for a year rotation at Landstuhl in support of the wars in Iraqi and Afghanistan. Since 2002, Army Reserve units have been tasked with the yearly rotations.

Landstuhl, the largest American hospital outside the U.S., is staffed primarily by soldiers and airmen.

&#8220;It&#8217;s an exciting time for the Army, Navy and Air Force as we explore joint medical operations and interoperability caring for our wounded warriors from downrange and our local population,&#8221; said Army Col. Bryan Gamble, Landstuhl commander, who greeted the sailors on the Ramstein flight line and helped unload their bags.

Given the differences between the services in lingo and the naming conventions of ranks, there could be some growing pains. For example, a Navy captain is the equivalent of an Army or Air Force colonel. The Army&#8217;s favorite word, &#8220;Hooah,&#8221; might as well be German to some of the Reserve sailors. And when a sailor talks about berthing, he&#8217;s speaking about his living quarters.

While at Landstuhl, sailors will fill jobs from cooks and administrative staff to doctors and nurses. A majority of the sailors are reservists with only 30 out of the roughly 350 being active-duty Navy.

Petty Officer 1st Class James Walker will work in occupational therapy for the next year at Landstuhl. When Walker&#8217;s not serving in the Navy Reserve, the 44-year-old is a physical therapist assistant in Tampa, Fla.