Sailors go all out to paddle the competition in Purdy race 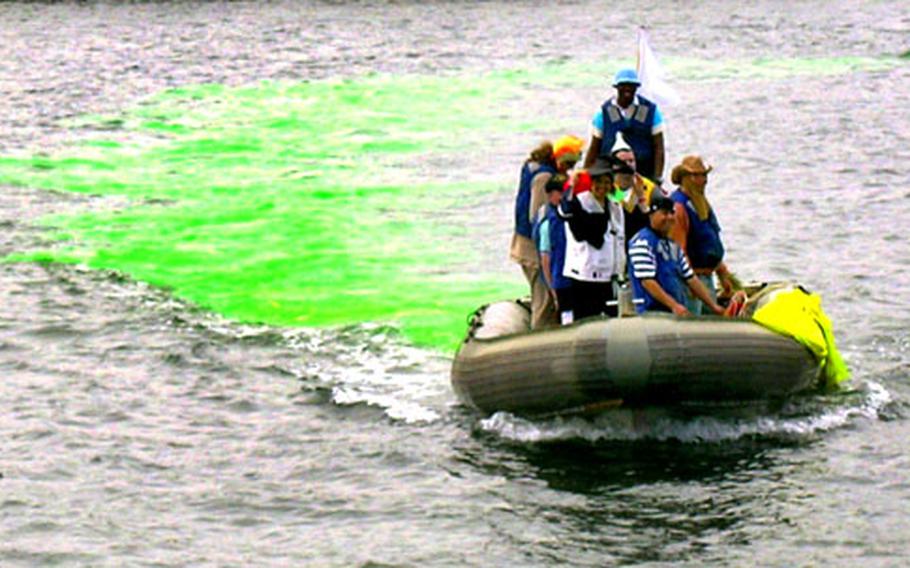 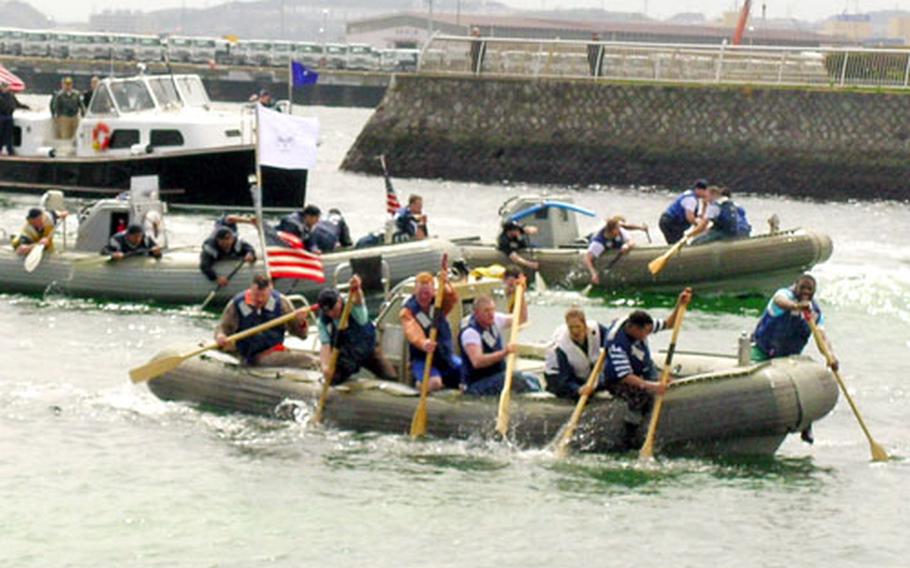 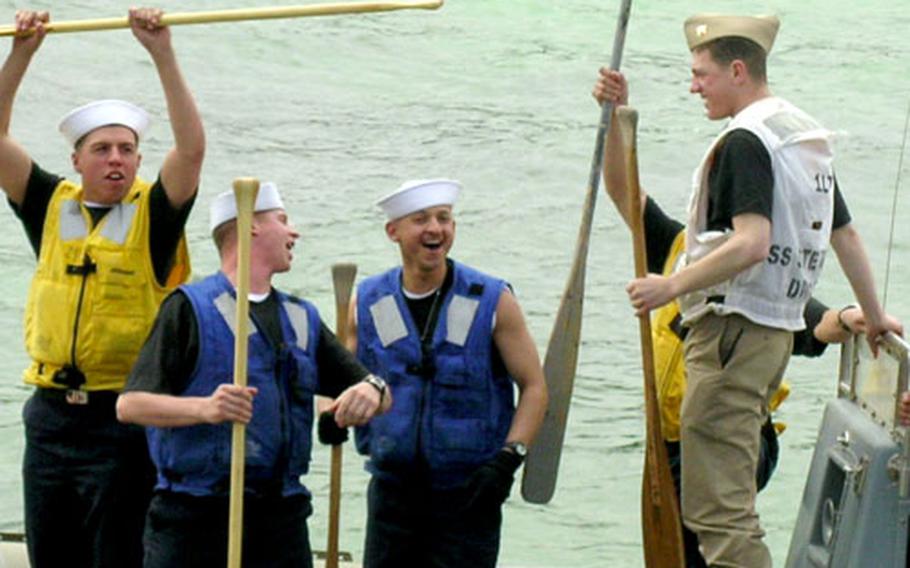 The team from the USS Stethem took second place at the George I. Purdy RHIB race. (Allison Batdorff / S&S) 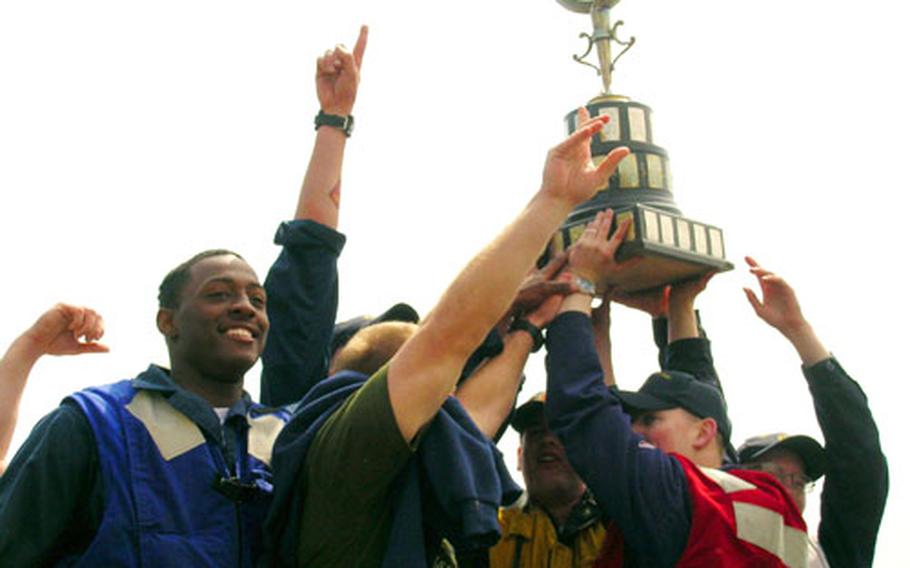 So went the battle cry of the USS Chancellorsville, the crew dressed like &#8220;The Wizard of Oz&#8221; characters, the yellow-brick road following their watercraft with the aid of green dye markers.

Showboating is allowed, even encouraged, in the George I. Purdy RHIB Race. Nine competitors entered the annual competition held Friday at the Green Bay Marina. Teams hailed from the above ships, as well as from the USS Cowpens, USS John S. McCain, USS Lassen, USS Fitzgerald, USS Stethem and USS Curtis Wilbur.

Each crew had to speed-row its RHIB past a pair of buoys, gun the motor, race around another buoy, then row to the finish line. The McCain placed first, the Stethem took second and the Blue Ridge came in third.

Competition was fierce and included such tactics as splashing, oar stealing and pushing off other boats to get ahead. Some teams sang that childhood favorite, &#8220;Row, Row, Row Your Boat,&#8221; to get moving. Then nature threw some wind into the mix, which quickly turned arms to &#8220;Jell-O&#8221; during the rowing, said the Fitzgerald sailors.

Luckily, they said, their shipmates cheering ashore gave them the &#8220;extra strength&#8221; to finish a strong fourth.

The race goes back 33 years to when George I. Purdy &#8212; a retired lieutenant commander in the Navy and community leader in Japan &#8212; learned that Yokosuka sailors were testing their sailing know-how without a prize at stake for motivation. Purdy decided to donate the trophy, said Purdy&#8217;s widow, Midori, who was at the race Friday and blew the starting horn.

The first Purdy races, starting in 1973, were on whaleboats. When whaleboats started being phased out and until all of the ships were outfitted with RHIBs, basketball competitions bore Purdy&#8217;s name.

But whatever the medium, the Purdy race always is about &#8220;hard work, good sportsmanship and the spirit of the day,&#8221; said Yokosuka commanding officer Capt. Greg Cornish.