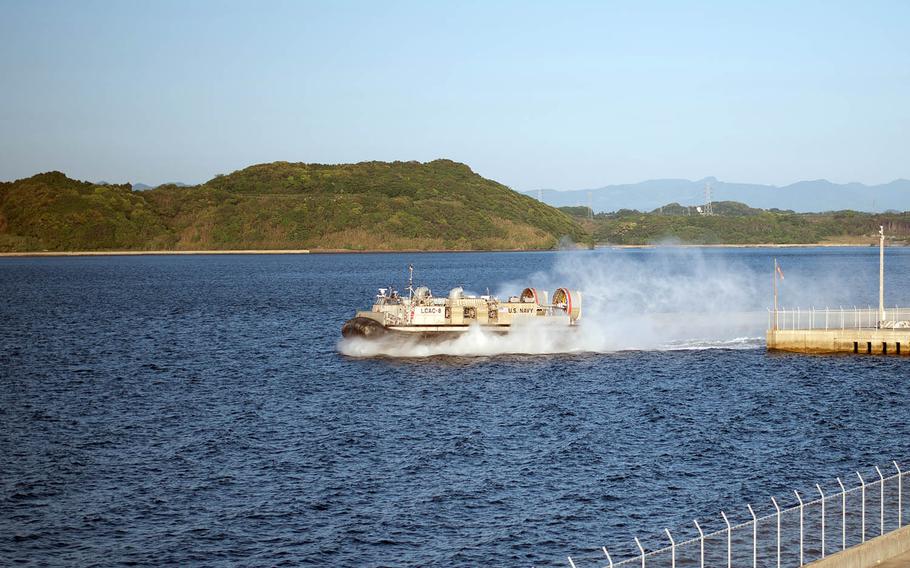 Buy Photo
A hovercraft from Naval Beach Unit 7 launches from a port near Sasebo Naval Base, Japan, May 10, 2018. (James Bolinger/Stars and Stripes)

Buy Photo
A hovercraft from Naval Beach Unit 7 launches from a port near Sasebo Naval Base, Japan, May 10, 2018. (James Bolinger/Stars and Stripes) 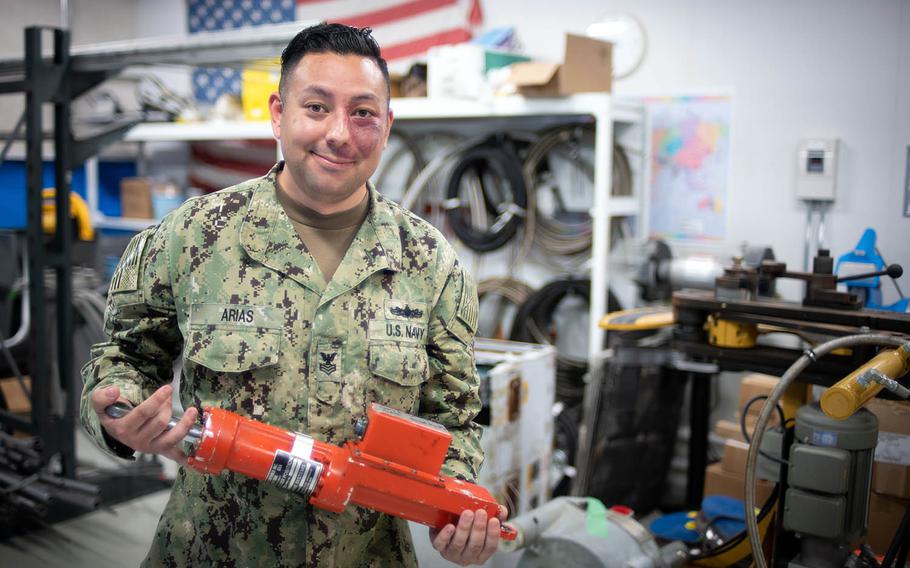 Buy Photo
A Naval Beach Unit 7 sailor shows off an actuator used to manipulate hovercraft rudders near Sasebo Naval Base, Japan, May 10, 2018. (James Bolinger/Stars and Stripes) 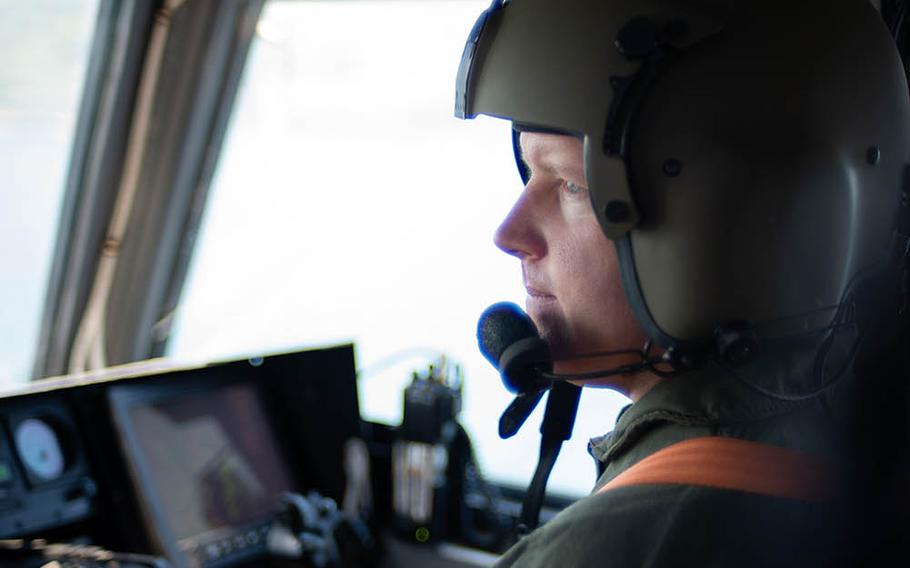 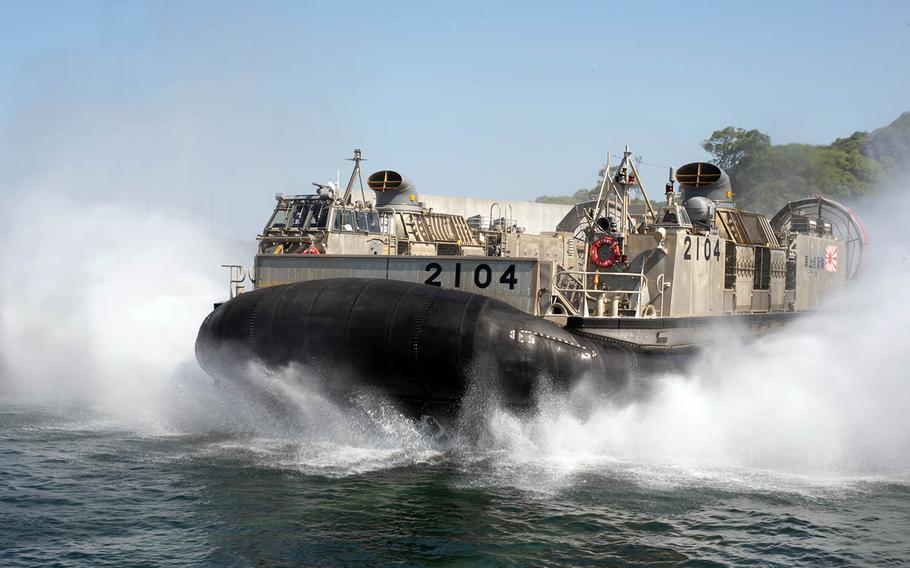 SASEBO NAVAL BASE, Japan — Flying a Navy hovercraft requires intense focus, but crews thrive on that pressure, according to one of the sailors who trains them.

The cabin of a landing craft air cushion, or LCAC, looks a lot like the cockpit of a cargo plane, and the controls to fly it are also similar.

The pilot, or “craftmaster,” uses rudder-peddles to control the direction of travel and hand controls to move bow thrusters and adjust the pitch of two giant fiberglass propellers.

Petty Officer 1st Class Christopher Marcial, formerly a navigator with the Japan-based Naval Beach Unit 7 who trains hovercraft crews stateside, said the vessels do everything full-size ships do but at a higher rate of speed. They can also can move in six directions, like an aircraft.

“I can’t get tunnel vision,” he said when describing the pressure of a mission. “I have to log every turn and change in speed while plotting a course around other boats. People’s lives are in your hands, and if I make the wrong decision, I can severely damage the boat.”

It takes months to train sailors to fly hovercraft, and the Navy requires them to get quarterly and annual certifications and maintain a set number of flight hours.

Each hovercraft has a crew of five: the craftmaster, an engineer, a navigator, a loadmaster and a deck engineer. All attend the same technical school and learn to operate the craft as a unit, although the length of schooling for loadmasters and deck engineers is shorter than the eight months required for the other jobs.

It takes weeks to integrate a new crew, and the Navy tries to leave them together as long as possible to build comfort levels, said Chief Petty Officer George McLain, a craftmaster with Naval Beach Unit 7.

McLain compared flying a hovercraft to being a pilot.

“Our jobs are a lot more similar to the aviation side of the house, versus the surface side,” he said.

Constant communication is needed to safely operate an LCAC. The headphones that each crew member wears broadcast two separate lines of communication. One ear listens to internal crew chatter, while the other hears chatter from other boats.

This task is complicated by the reports that each crew member is required to give. They take turns flipping a switch on their headsets that allows them to communicate either internally with the crew or externally with the fleet.

“At the schoolhouse they can teach you to navigate and do the technical aspects of your job, but they can’t teach you to multitask,” Marcial said.

McLain compared his job to that of a NASCAR driver.

“Flying these boats is an absolute blast,” he said, recalling the first time he saw one of the hovercraft skim across the bow of the USS Ronald Reagan a decade ago.