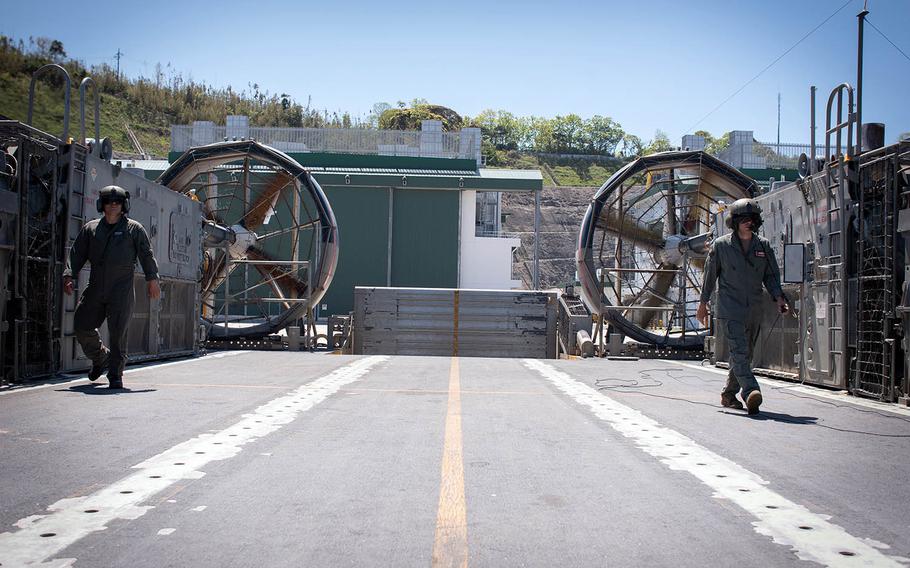 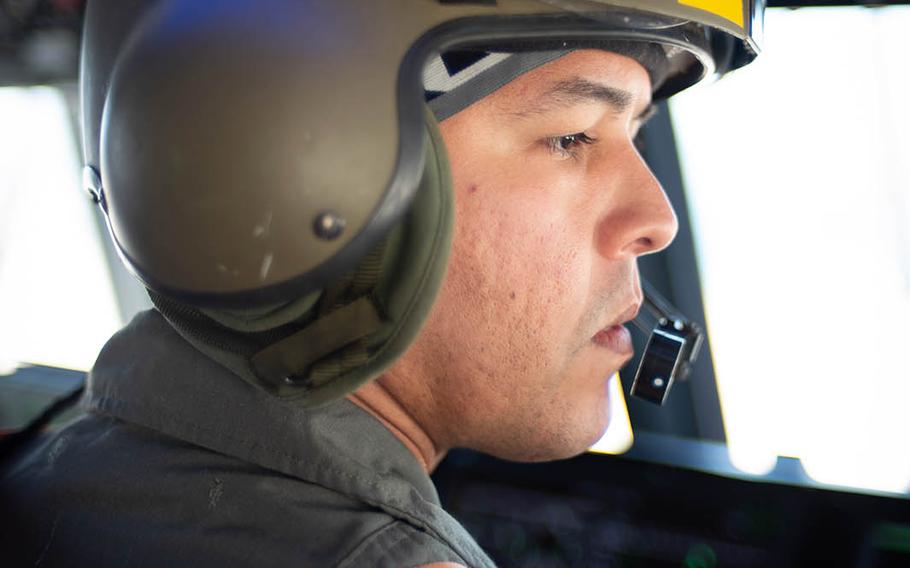 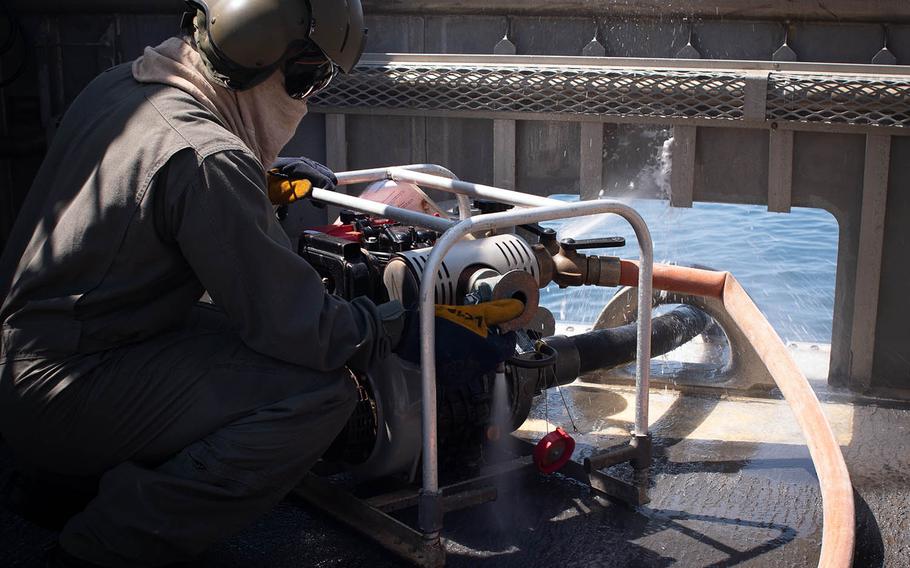 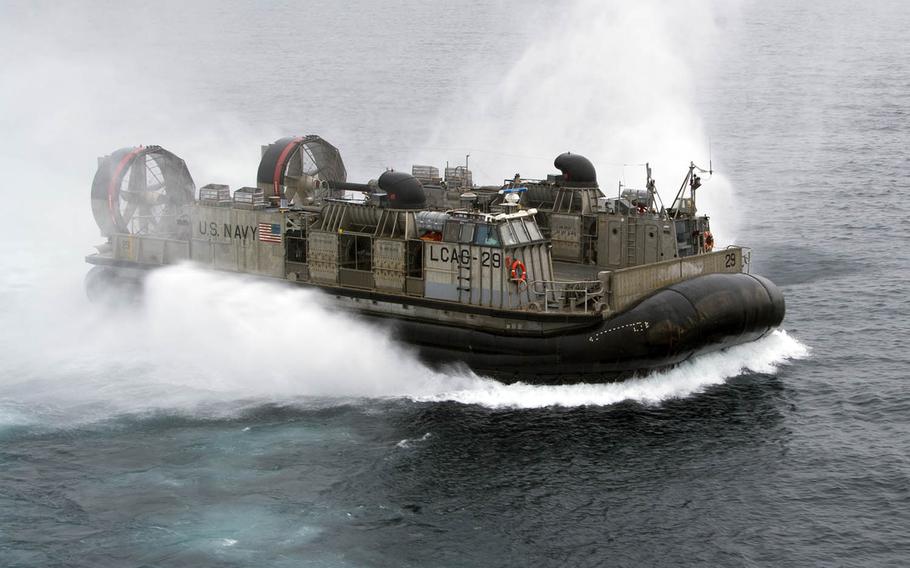 Replacements for the Navy’s 72 landing craft air cushions, or LCACs, were supposed to start arriving last year; however, delivery of a new hovercraft — the $57.7 million per unit “Ship-To-Shore Connector” — was delayed by technical challenges.

In the meantime, sailors have ramped up inspections on the old vessels to identify problems when they are small.

Many of the four-engine machines, which made their Navy debut in 1982, were supposed to have retired years ago, but 68 of them have had their service lifespans increased by a decade after improvements to power, command, control, communications, computer and navigation systems, the Navy said.

For now, sailors from Naval Beach Unit 7 at Sasebo Naval Base, Japan, are winning the battle against time.

In the past year, they’ve increased the readiness rate for their seven LCACs from less than 55 percent to nearly 70 percent, said Cmdr. Bob Jones, the unit’s leader.

To keep the them running, mechanics focus on things such as electronics that are susceptible to corrosion, he said.

Saltwater gets everywhere when a landing craft is underway, with plenty of sea spray at speeds of up to 45 knots, or nearly 52 miles an hour. During a recent firefighting drill, crew members pumped water out of the ocean onto an engine.

To minimize corrosion, each landing craft is washed twice with freshwater after it returns from a voyage. Sailors also keep a close eye on the vessels’ $300,000 fiberglass propellers.

“If anything hits them, they will fly into pieces,” said Petty Officer 1st Class Christopher Marcial, a navigator.

Gas turbine systems mechanics like Petty Officer 3rd Class Jasmin Thapa are charged with inspecting the propellers. The job involves examining the blades to look for holes and chips and making sure edge guards haven’t come loose, she said.

It’s also important to make sure the propellers are balanced so the craft will hover smoothly, Thapa said.

“We measure the vibration of the blade while it’s spinning,” she said.

Sailors are also doing more inspections on the air-filled cushions that the hovercraft ride on. Each has a dozen that cost between $60,000 and $80,000 to replace and are supposed to last six years, Jones said.

The extra inspections come on top of a 180-hour annual hull inspection and engine checks based on hours of operation, he said.

The Sasebo-based hovercraft unit is one one-of-a-kind unit in the Navy. Its sailors also operate Landing Craft Utility boats that can deliver heavy-duty machinery and hundreds of Marines from ship to beach in support of Task Force 76, the Navy’s amphibious task force in the Pacific.