Sailors and Marines prioritize who can update ID cards during pandemic 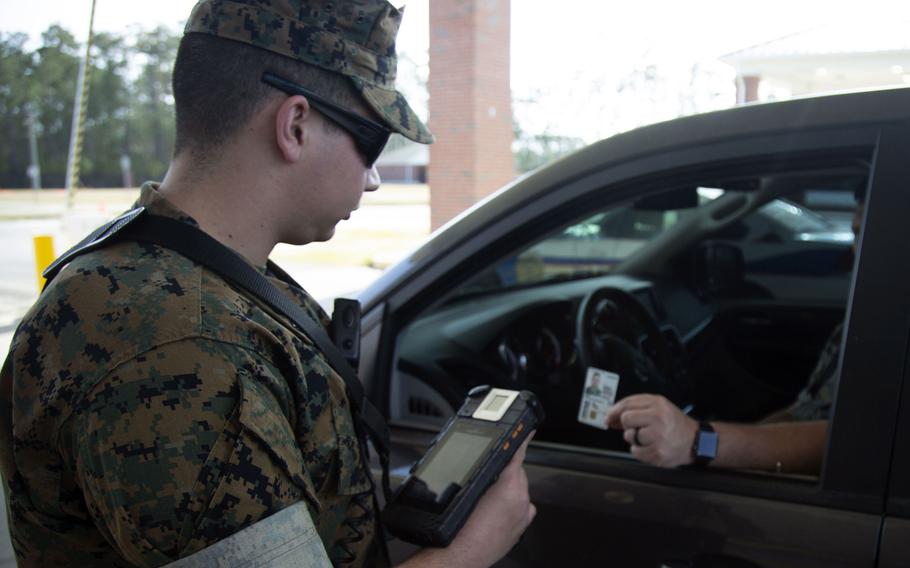 SUGHED: Sailors and Marines prioritize who can update ID cards during pandemic

Navy and Marine Corps personnel whose common access cards expire before June will be given priority to renew them, as ID offices limit access during the coronavirus pandemic.

Meanwhile, DOD is working to ensure long-term access to its networks for teleworking employees whose credentials &#8212; typically linked to the CAC smart cards &#8212; may expire later, should offices that issue renewals be closed or inaccessible.

The Navy last week ordered its Real-Time Automated Personnel Identification System offices to require online appointments and prioritize service members whose CACs have been lost, stolen or expire before June, as well as retiring personnel, dependents whose IDs expire in April and personnel who need PIN resets.

Some offices are limiting services to only those cases, according to the RAPIDS website at https://rapids-appointments.dmdc.osd.mil/.

The Navy also required ID offices to screen customers and deny them entry if they are ill, were exposed to someone with the virus or traveled recently.

The Marine Corps instructed any Marine with a CAC expiring before June to renew it &#8220;as soon as practical.&#8221;

Both services also instructed those issued new IDs to log on to government-provided workstations with a wired connection to government networks and cache their public key infrastructure credentials, which would be needed to access the networks while working from home.

DOD was working on a solution to allow users with soon-to-expire certificates to download new ones that would be valid for a year, if users are unable to go to an ID office for renewed CACs and updated certificates, the Navy said. That option would not be available to those whose credentials had already expired, it said.