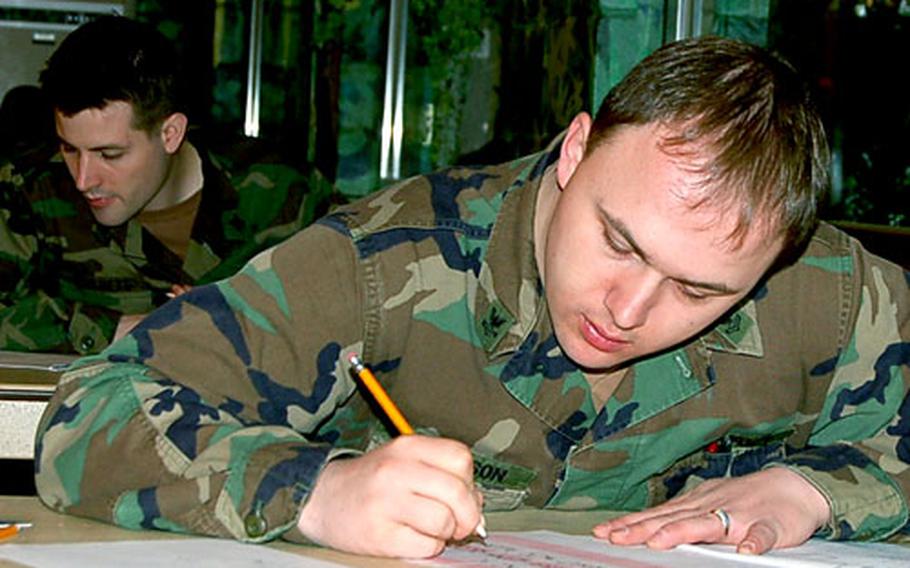 The score is one of four main criteria used to determine advancement, according to the release.

&#8220;A final multiple of total points is composed of the test score, evaluation average, points for awards and points for passing the test but not advancing,&#8221; according to the release.

While many factors are involved in a promotion, education services/test control officer Chief Petty Officer Sylvan Franklyn was quoted in the releases as saying &#8220;the test remains the bulk of the score.&#8221;

&#8220;I print out the bibliography for the exam and then make a binder with all the references and then I go through each reference and try to summarize things to make practice questions to help me study,&#8221; Betancourt stated in the release.

Sailors will see the test results in June.