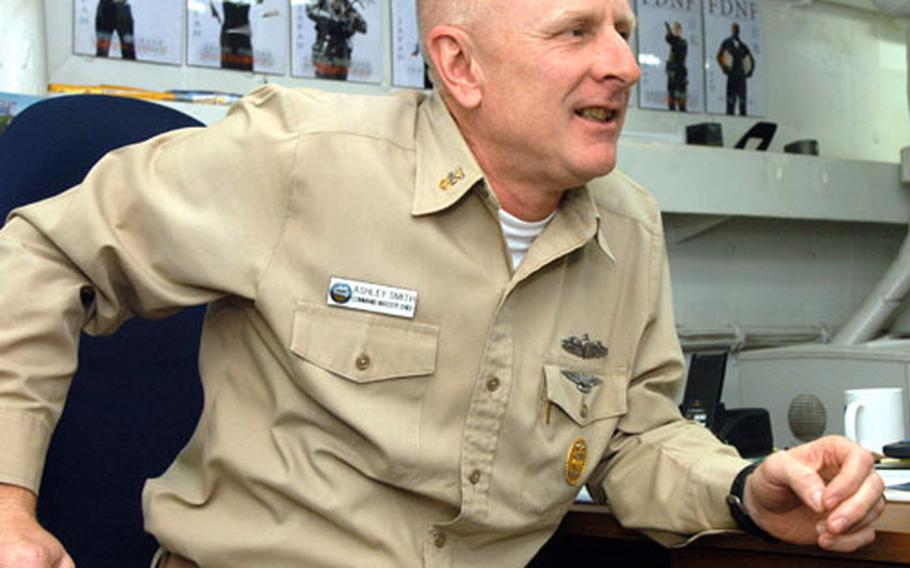 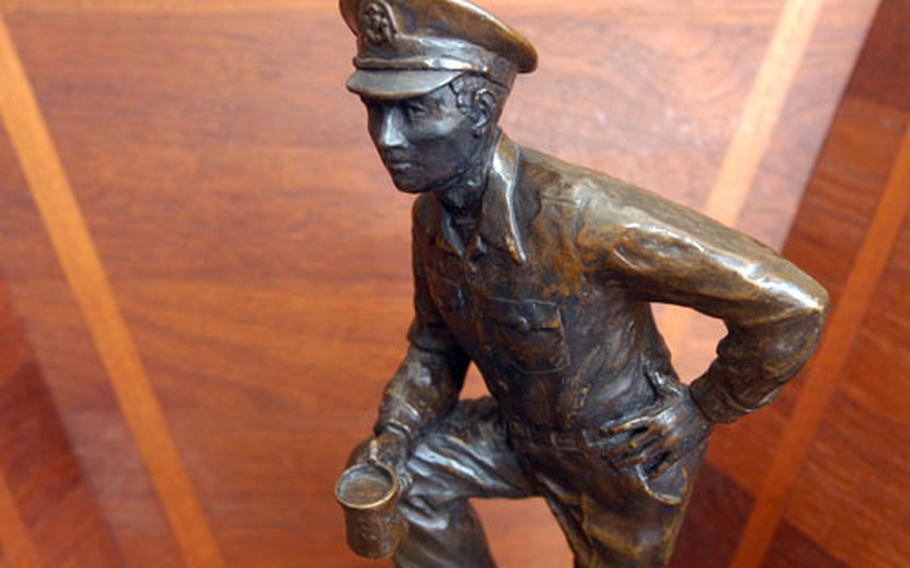 Smith got his ESWS pin in 1979, the program&#8217;s first year. The program was started as a voluntary way to test sailors beyond their regular duties.

After a successful general knowledge examination on naval heritage, U.S. Navy organization, combat systems and a range of other subjects that deal with keeping ships ship-shape, sailors earn an ESWS silver cutlass to wear on their uniforms. When Smith got his, the pin was so new that people confused it with the &#8220;dolphins&#8221; worn by submariners, he said.

ESWS status now is required of any sailor wanting to advance past E-5, a move with which Smith agrees, he said.