Sailor to mark holiday by wiggling out a straitjacket record 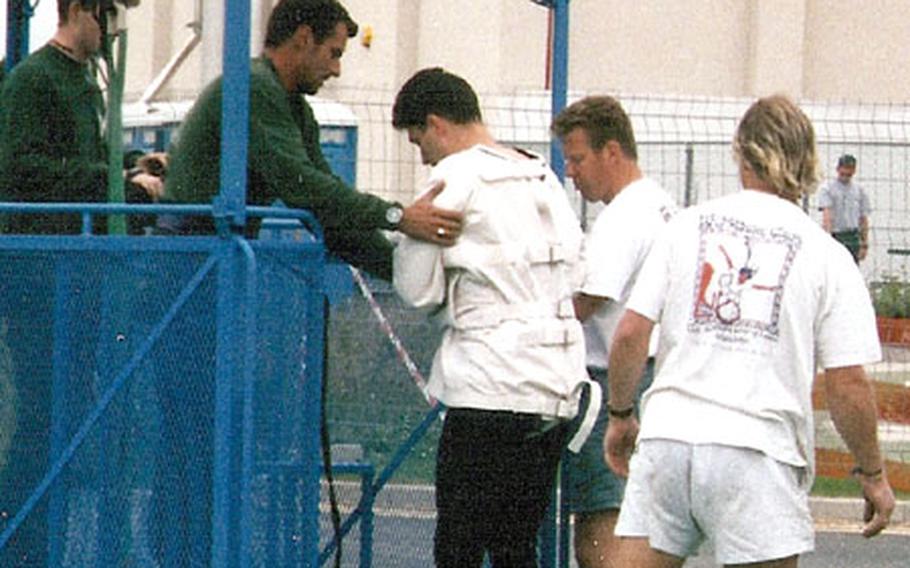 Petty Officer 1st Class Jonathan Edmiston — buckled, bound and ready for flight — is assisted onto the crane lift for a bungee-jump straitjacket escape in England in 1997. (Courtesy of Jonathan Edmiston)

Petty Officer 1st Class Jonathan Edmiston — buckled, bound and ready for flight — is assisted onto the crane lift for a bungee-jump straitjacket escape in England in 1997. (Courtesy of Jonathan Edmiston) 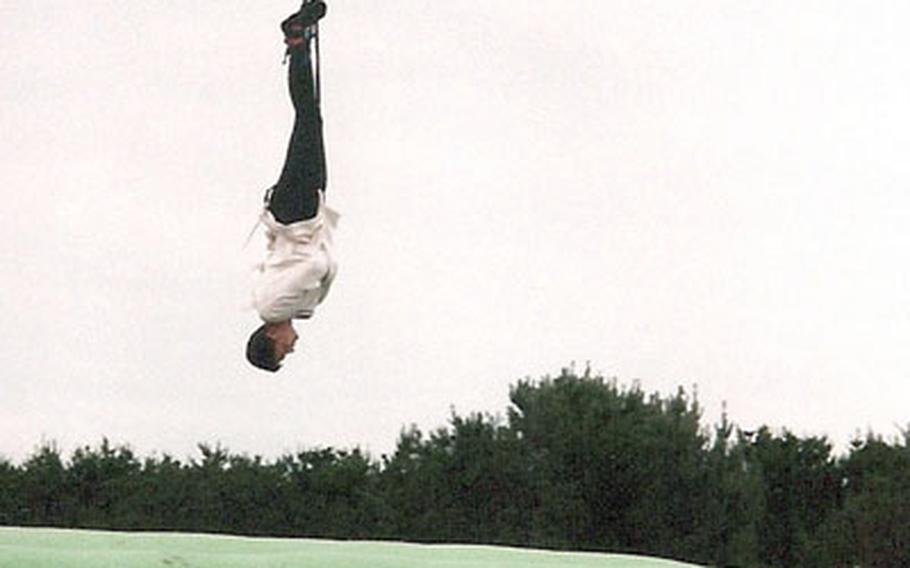 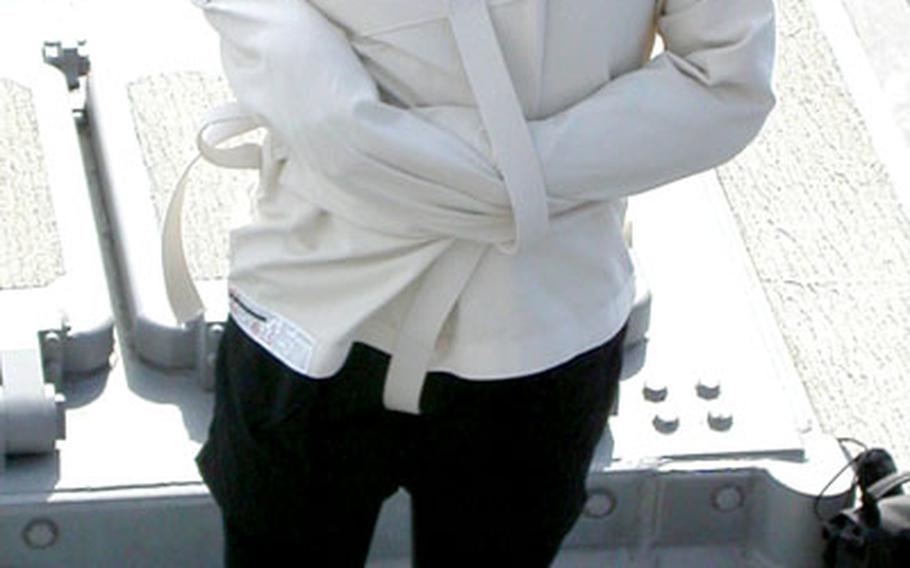 YOKOSUKA NAVAL BASE, Japan &#8212; For Petty Officer 1st Class Jonathan Edmiston, celebrating Independence Day this year wouldn&#8217;t be complete without a symbolic nod to freedom and a Guinness &#8212; a Guinness World Record, that is.

You can call him crazy, but don&#8217;t try to lock him up. During Yokosuka Naval Base&#8217;s July 4 celebration, Edmiston will attempt to free himself from a straitjacket quickly enough to land him in the record book.

People attending the Wednesday event will be treated to the 6-foot-3-inch, 200-pound Edmiston in his Fourth of July finest: a self-described cross &#8220;between Cat in the Hat and Uncle Sam&#8221; outfit, complete with blue star-spangled running tights.

&#8220;Most of my misadventures seem to have somehow started from watching the Public Broadcasting Service as a child,&#8221; Edmiston said. &#8220;One night when I was about six, I saw a show on escape artists and it showed some of the tricks to escaping from a straitjacket.&#8221;

That was more than 15 years ago. Edmiston said he&#8217;s been escaping for friends, family and others ever since.

But his talent doesn&#8217;t lie solely in straitjackets. He also juggles and escapes from handcuffs. Most recently, Edmiston performed his act at a club in Tokyo&#8217;s Roppongi Hills complex.

Edmiston noticed recently that the Guinness Book of World Records&#8217; time for escaping from a straitjacket had been broken. The record currently stands at 50.08 seconds. To Edmiston, that sounds like child&#8217;s play.

Edmiston has escaped from a straitjacket while hanging upside down and once while bungee jumping.

A hospital corpsman specializing in mental health and medical restraint will be on hand to certify that the jacket is properly fitted and secured.

Want a record? Here is what you needAuthentication requirements for a Guinness world record:

&#182; Signed statements of authentification by two independent persons, each of whom must have attended the event and be able to confirm all details of the claim. The witnesses must have standing in the local community, meaning that they must be &#8220;prominent and respected.&#8221; Except where the witnesses are part of the same professional organization, e.g. the military, they must be independent of each other and the person attempting the record. The statements may not be prepared statements simply signed afterward. They must be compiled by the witnesses themselves and signed by their own hand.

&#182; Independent corroboration in the form of media coverage.

&#182; Where appropriate, a signed and dated log book showing that the attempt has been subject to &#8220;unremitting&#8221; surveillance.

&#182; Measurements should be made by suitably qualified individuals and observed by the independent witnesses.