‘Sailor’s sailor’ is Europe’s sailor of the year 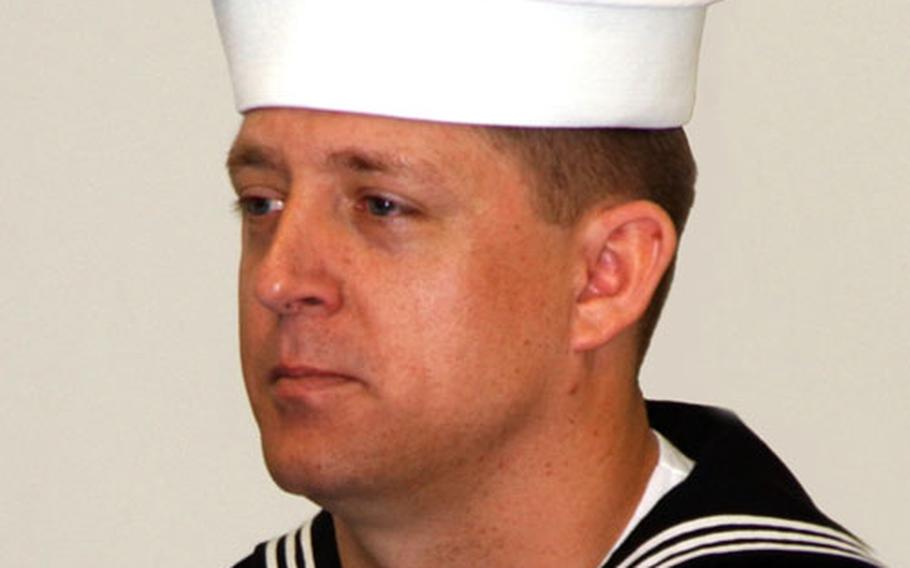 NAPLES, Italy &#8212; His peers call him the bully. His boss calls him the total package. And as of Friday, Navy Region Europe started calling him sailor of the year.

But Petty Officer 1st Class Shawn Kline said he&#8217;d just like to refer to himself as humbled and honored.

The 12-year Navy veteran received an announcement Friday from Rear Adm. Noel Preston, commander Navy Region Europe, that he&#8217;d been selected from four candidates to be the region&#8217;s sailor of the year.

Next month, he&#8217;ll compete against 16 other regional winners for the Navy Installations Command&#8217;s accolade.

&#8220;He&#8217;s a sailor&#8217;s sailor. The total package,&#8221; said Lt. Mark Kern, the security officer at Naval Support Activity La Maddalena, Sardinia, where Kline works as a master-at-arms and the security department&#8217;s operations leading petty officer. Kline not only is top in his job, but also makes sure his shipmates are proficient in reaching goals, Kern said.

Kline&#8217;s family is his hobby, he said. Work takes up a major chunk of his time, but when he&#8217;s able he dedicates as much time as possible to wife Jeanette, 8-year-old son Cameron and 6 year-old daughter Cortney.