Sailor gives bone marrow to save boy, 4, with leukemia 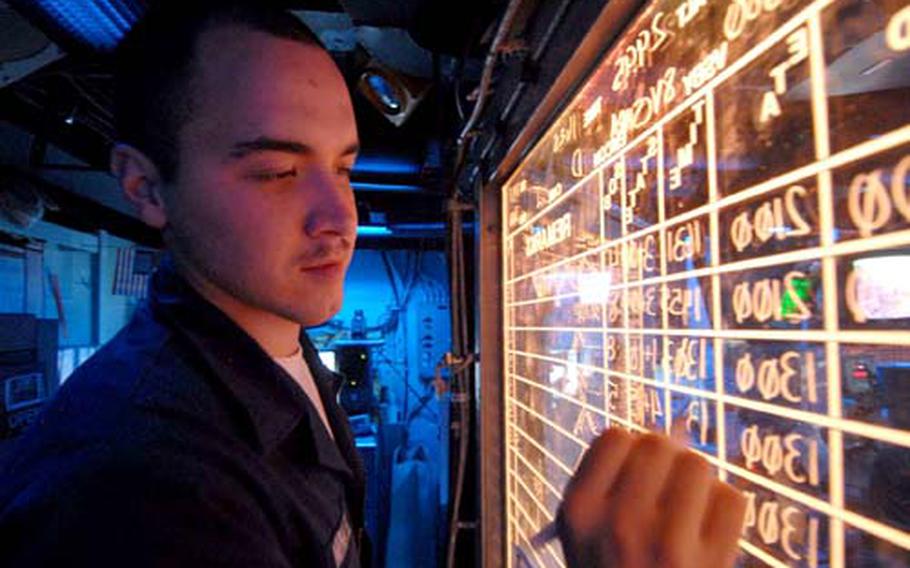 Sailor Adam Minkel tracks aircraft aboard the USS Essex on Jan. 29. Minkel traveled to the United States this month to donate bone marrow to a terminally ill child. (Greg Johnson/Courtesy of the U.S. Navy)

Adam Minkel&#8217;s call to save a life came in the form of an unexpected e-mail.

A 4-year-old boy was dying of a rare form of leukemia, the January message read. Doctors were asking the USS Essex sailor to make good on a boot camp promise made nearly two years ago.

Minkel, who was on spring patrol aboard the Essex when he received the message, suddenly remembered he had signed up for the Department of Defense&#8217;s bone marrow donor program when he joined the U.S. Navy. On Jan. 30, he was whisked to Georgetown University Hospital in Washington, where he spent two weeks to undergo what can be a long and painful procedure &#8212; and one that might save a child&#8217;s life.

Stars and Stripes spoke with 23-year-old Minkel via e-mail Friday while he recovered in his hometown of Redwood Falls, Minn.:

Why did you become a bone marrow donor?

I had a friend of mine lose her brother to leukemia.

How did you find out you had been matched with a patient?

They first tried to call home, and my mother said that I was stationed in Japan. Then I received an e-mail saying that I was a match. At first, I totally had forgotten about it.

What did you know about the person who needed the donation?

The only information I was given was that it was a 4-year-old boy with a rare form of leukemia.

What exactly were you asked to donate?

I was asked to donate marrow from my pelvic bone.

Did marrow donating involve many shots and cause pain?

There really weren&#8217;t that many shots besides having my blood taken several times. I was under general anesthesia and the total time I was in surgery was about an hour and a half. When I woke up, there was a lot of pain, but the pain medication took care of that right away.

How is the recovery going?

The recovery is going good. I still have a little pain in my back. With my body missing the marrow, I get tired easier. It will be about another two weeks until my body is fully recovered.

Did you ever have any second thoughts about donating?

Due to confidentiality reasons, I will not know the name of the recipient or their family until a year after the procedure.

I really don&#8217;t feel too special about it. Yeah, it&#8217;s a nice feeling knowing that I helped someone. I just hope that someone would do the same for me.

What would you tell someone who is considering becoming a bone marrow donor?

Do it. There really is nothing to lose. You could be saving someone&#8217;s life. And the medication really helps with the pain.

Has the experience changed you in any way?

Kind of, I guess. It&#8217;s helped me to realize not to take loved ones for granted. You never know when something could happen.