Sailor from USS Ronald Reagan dies while swimming off Guam 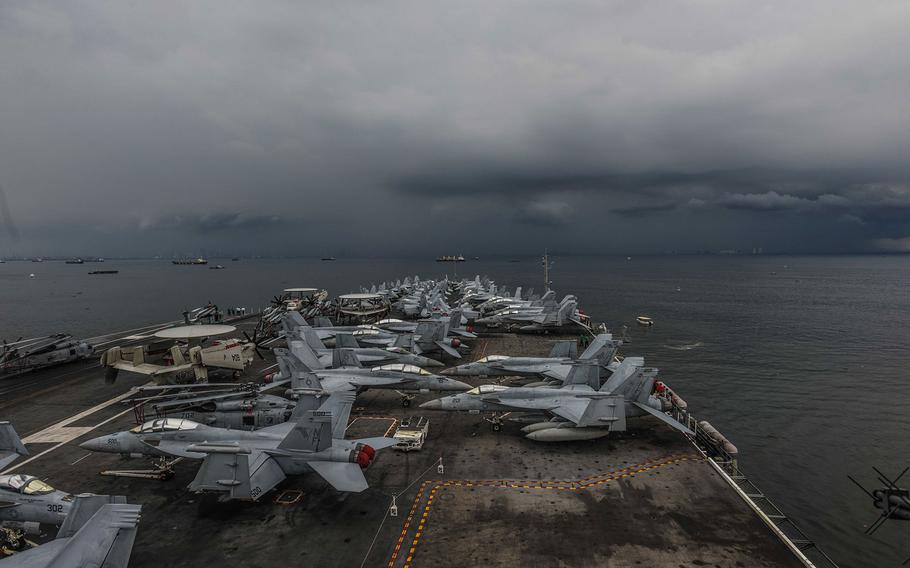 Petty Officer 3rd Class Zahir Hakeem went missing Friday while swimming in the Pacific Ocean off Haputo Beach at Naval Computer and Telecommunications Station Guam, she said. Land, sea and air searches by the Navy, Coast Guard and Guam Fire Department were called off at about 3:45 p.m. Saturday when Hakeem’s body was discovered in the water.

“All efforts were made to locate the sailor,” Hubbell said.

A cause of death has not been determined, Hubbell said.

The Yokosuka-based Ronald Reagan has been in Guam since Sept. 24, after taking part in biennial Valiant Shield drills. The weeklong, U.S.-only exercise included 15,000 sailors, airmen, soldiers and Marines participating in maritime security operations, anti-submarine and air-defense drills and a sinking exercise.

The nation’s only forward-deployed aircraft carrier has been on patrol of the Indo-Pacific region since leaving its homeport in August.