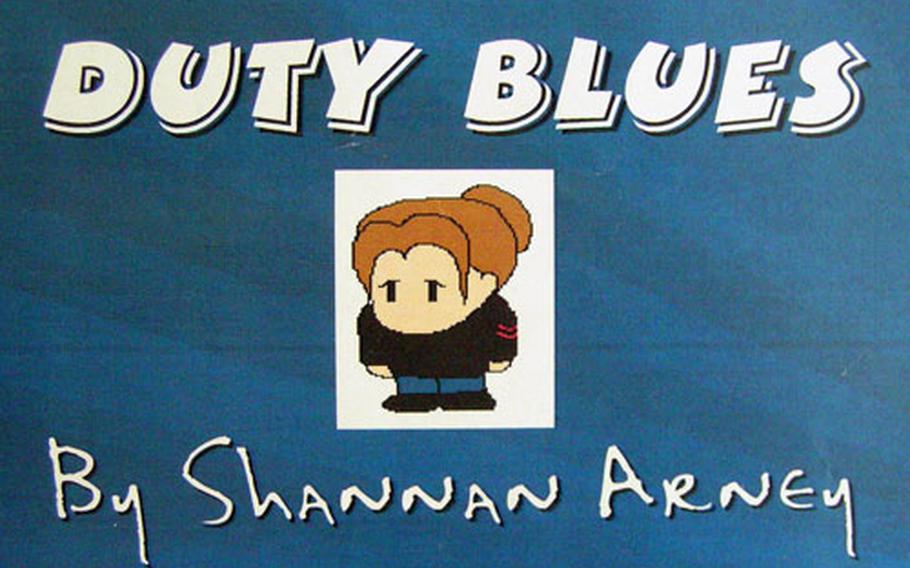 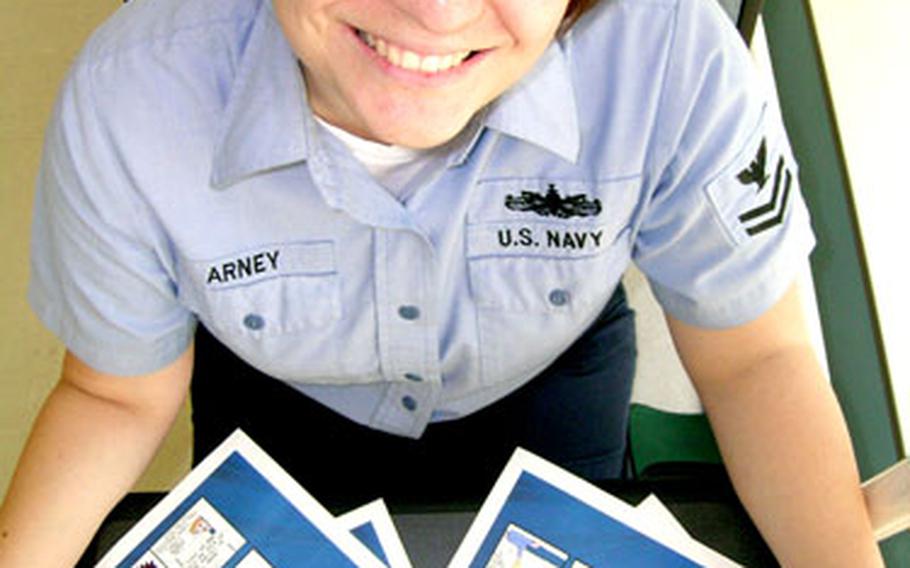 Petty Officer 2nd Class Shannan Arney has drawn since she was “old enough to know which end of a pencil to use,” but she just started comic strips a couple months ago while underway on the USS Blue Ridge. “Duty Blues” is a humorous look at aspects of Navy life, she said. (Allison Batdorff / S&S)

YOKOSUKA NAVAL BASE, Japan &#8212; The care package arrives on the ship and shipmates start circling even before the opening rip.

A picture forms in her head.

The petty officer second class sits down at the computer.

And a comic strip is born.

&#8220;It&#8217;s the lighter side of Navy life, like how we manufacture random workplace entertainment underway or catch the wrong end of a conversation in a p-way (passageway).&#8221;

Two months later, the strip was published in the April 2 Stars and Stripes with the understanding it would make regular appearances.

But the Orlando, Fla., native doesn&#8217;t plan to trade her Navy job for a drafting board anytime soon, she said. A fourth-generation military child who enjoys the travel, she is transferring to Guam&#8217;s Navy Satellite Operations Center in a few weeks.

Besides, she added, the sea service is her muse.

Click on the image below for a larger version of three Duty Blues comics: