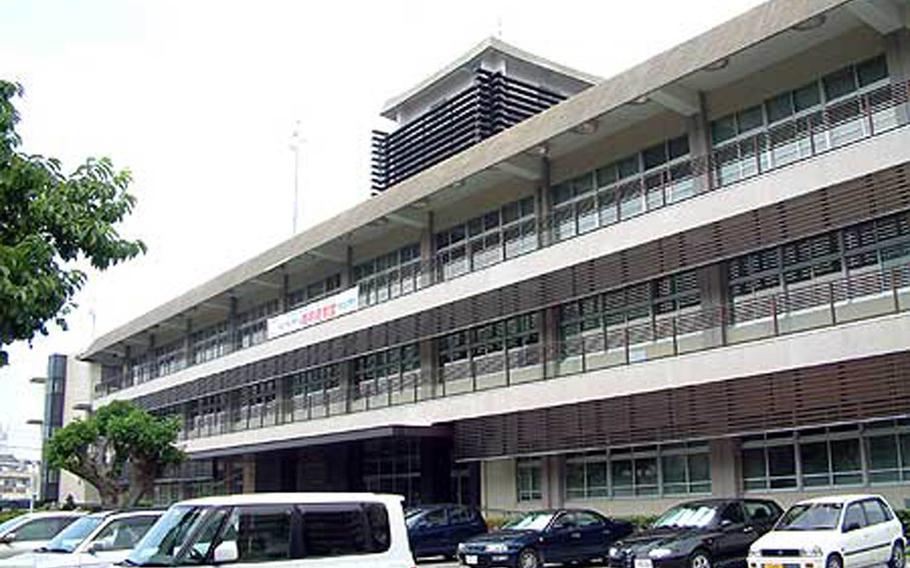 Naha District Court is pictured in this undated photo. Seaman Apprentice Justin Castellanos, 24, a corpsman assigned to Camp Schwab, stood before a three-judge panel Friday, May 27, 2016, and admitted he raped a Japanese woman after finding her passed out in the hallway of the hotel where he was staying on the night of March 13. (Courtesy of Wikicommons)

NAHA, Okinawa — A U.S. sailor pleaded guilty Friday to raping an intoxicated Japanese woman at a Naha hotel, an incident that sparked anti-base protests and contributed to the tightened liberty restrictions that took effect earlier in the day.

Seaman Apprentice Justin Castellanos, 24, a corpsman assigned to Camp Schwab, stood before a three-judge panel at Naha District Court and admitted he took the woman — a tourist from Fukuoka on the mainland — into his room after finding her passed out in the hallway of the hotel where he was staying on the night of March 13.

Castellanos took advantage of the fast-asleep woman, who had little awareness of what was happening, the prosecutor said. When she woke up and found a stranger next to her in bed, she cried out loudly for help, which awoke her date in a nearby room.

Castellanos left the room with his belongings to seek help from a friend but returned to the hotel, where he was arrested, said the prosecutor, who added that the victim’s DNA was detected on Castellanos’ body.

Final arguments in the case are scheduled for June 27.

Because of the incident, off-base privileges for servicemembers under III Marine Expeditionary Force command were changed, banning overnight stays south of Camp Kinser.

The arrest also sparked anti-military protests, which had already been invigorated since the anti-base Onaga took office in 2014 with a pledge to block construction of a new military runway at Henoko.

However, the high-profile case drew little public attention Friday, with protest efforts focused on the death of a 20-year-old woman from Uruma. Kenneth Franklin Gadson, a former Marine who goes by his wife’s family name of Shinzato and works for a military contractor at Kadena Air Base, was arrested May 19 and charged with the illegal disposal of the woman’s body.

Gadson reportedly told police he attacked Rina Shimabukuro from behind with a stick while she was out for an evening walk before strangling her.

A midnight curfew and other restrictions took effect Friday for all servicemembers on Okinawa in response to the two incidents. An announcement Thursday from III Marine Expeditionary Force said the purpose of the measures is “to observe a period of unity and mourning” through June 24.