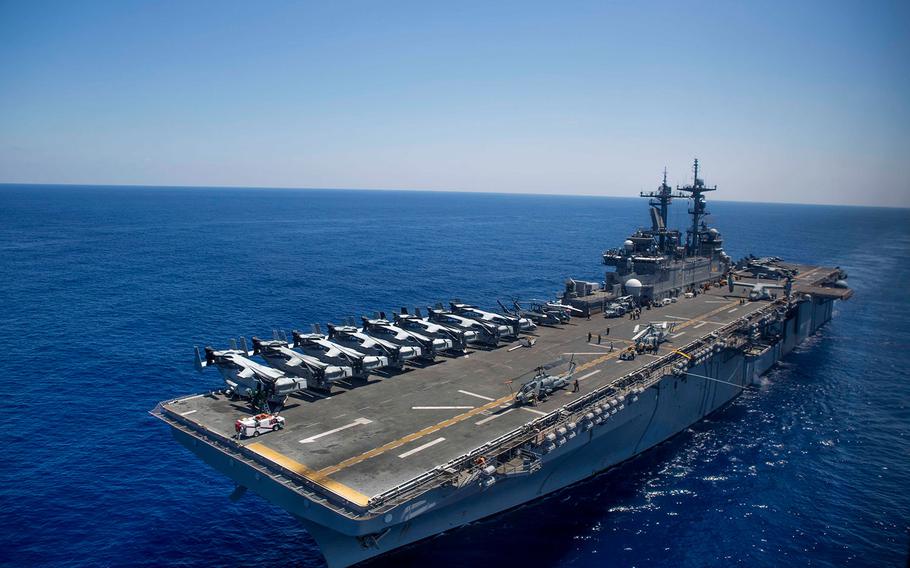 A 24-year-old sailor died of noncombat injuries Tuesday aboard the USS Wasp, which is forward-stationed in the Mediterranean Sea in support of the military’s air campaign in Libya, the Defense Department said.

A cause of death was not listed for Airman Devon M. Faulkern, an aviation boatswain’s mate from North Carolina, who was assigned to the Wasp in support of Operation Odyssey Lightning.

The incident is under investigation, DOD said.

Since August, the USS Wasp has played a key role in supporting Libyan forces fighting against Islamic State militants, who are trying to gain a foothold in the North African country.