Sail Army! The unknown career field of US Army mariners 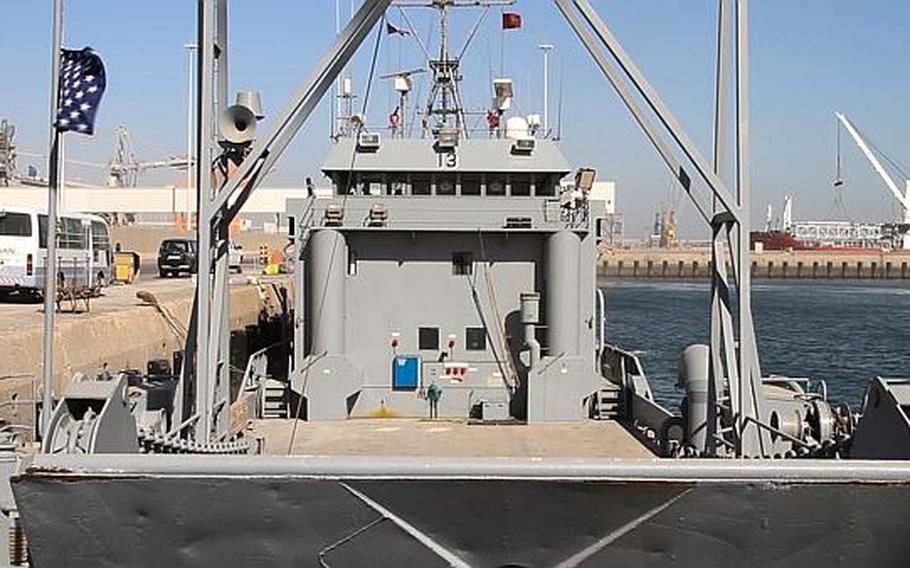 The USAV Churubusco, in the Port of Shuaybah, Kuwait, is an Army landing craft utility (LCU) watercraft crewed by Army reservists currently deployed to the Persian Gulf. (U.S. Army)

The USAV Churubusco, in the Port of Shuaybah, Kuwait, is an Army landing craft utility (LCU) watercraft crewed by Army reservists currently deployed to the Persian Gulf. (U.S. Army) 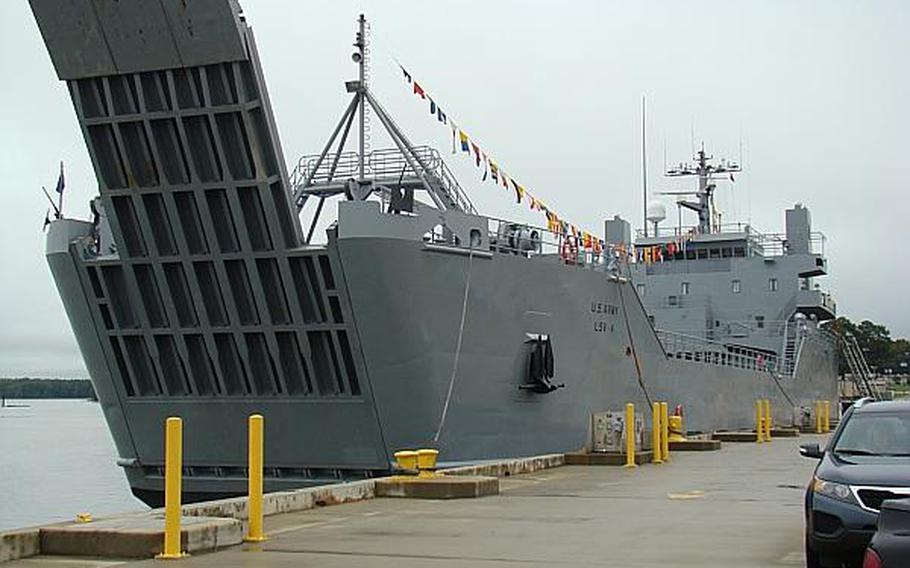 A Logistical Support Vessel (LSV). Equipped with front and rear ramps, the LSV's cargo deck is able to load any vehicle in the Army's inventory, and has the capability to transport up to 15 M1 Abrams battle tanks. (U.S. Army)

PORT OF SHUAYBAH, Kuwait — There’s a little known fact about the U.S. Army — it has boats. And that’s even surprised those assigned to serve on them.

Soldiers, not sailors, they prefer to be called Army mariners.

The vessels assigned to the Army in the Persian Gulf, such as Landing Craft Utility and Logistical Support Vessels, are designed to move military equipment and personnel within the region.

It is cheaper to move large quantities of equipment and materiel via Army watercraft than via air or ground transportation, according to Sgt. 1st Class Joshua Smith, the watercraft operations noncommissioned officer in charge for the 316th Sustainment Command (Expeditionary).

While the U.S. Navy has a dominant presence in the Persian Gulf, Smith maintains the existence of Army watercraft is an instrumental logistics asset in the theater: “The two services have two different roles on the sea, ‘we bring the goods, they bring the guns,’” is the motto, Smith said.

Aboard the USAV Churubusco — a Landing Craft Utility vessel — is a crew of Army reservists.

Their career paths may have been vastly different but they do have something in common: the surprise of family, friends and fellow soldiers — even themselves when they learned the Army has boats.

When Chief Warrant Officer 2 Vernon Slaughter retired from the U.S. Navy Reserves after 27 years because of high year tenure, he learned about Army vessels, and was able to continue his military career through the Blue to Green program, which allows sailors to transfer to the Army. Now Slaughter is the vessel master of the USAV Churubusco.

Growing up in Florida, Pvt. Damian Adams enjoyed being around boats. After joining the U.S. Army, he was surprised to find himself back on the water.

Pvt. Stephen Danek always wanted to be a cook and join the military. Now he’s accomplished both as a U.S. Army reservist. But his recent assignment stunned him – it was on board a boat. He said he had no idea the Army had boats.