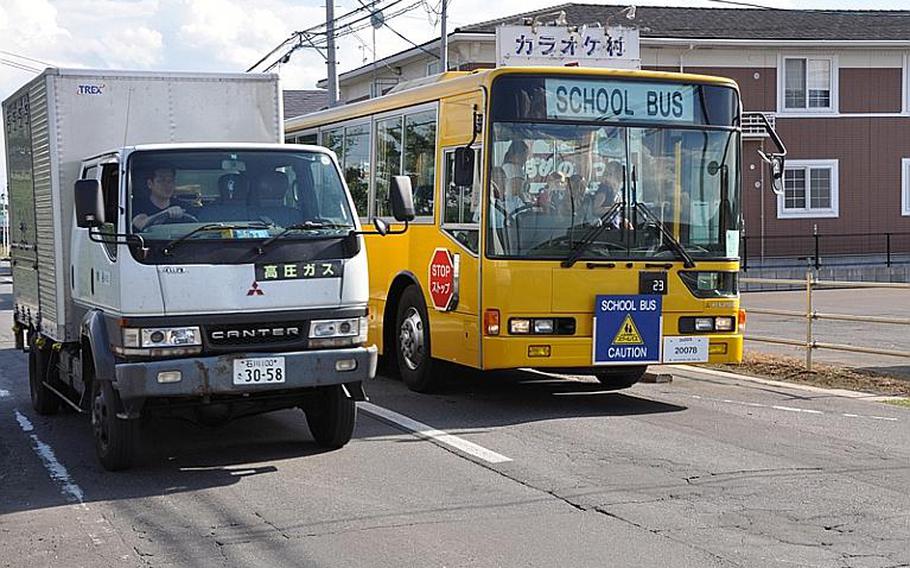 Buy Photo
A Japanese truck driver moves into the oncoming traffic lane to pass an off-loading Misawa Air Base, Japan, school bus on Wednesday afternoon in Misawa city at the site where an American girl was hit by a Japanese driver on Tuesday. The girl, 7, suffered minor injuries, according to base personnel. (T.D. Flack/Stars and Stripes)

Buy Photo
A Japanese truck driver moves into the oncoming traffic lane to pass an off-loading Misawa Air Base, Japan, school bus on Wednesday afternoon in Misawa city at the site where an American girl was hit by a Japanese driver on Tuesday. The girl, 7, suffered minor injuries, according to base personnel. (T.D. Flack/Stars and Stripes) 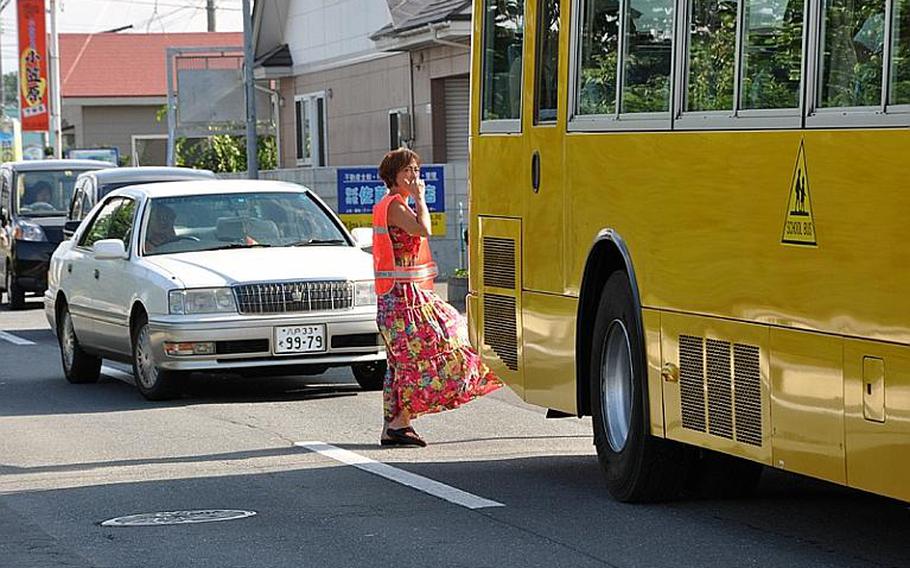 Buy Photo
Yumiko Southard, a parent of a Misawa Air Base, Japan, elementary student, helps stop traffic while a base school bus unloads children Wednesday afternoon in Misawa city. Southland was at the same stop Tuesday when a 7-year-old American girl was hit by a Japanese driver as the girl was trying to cross the street. Japanese law does not prevent drivers from passing school buses as they load and unload children. (T.D. Flack/Stars and Stripes) 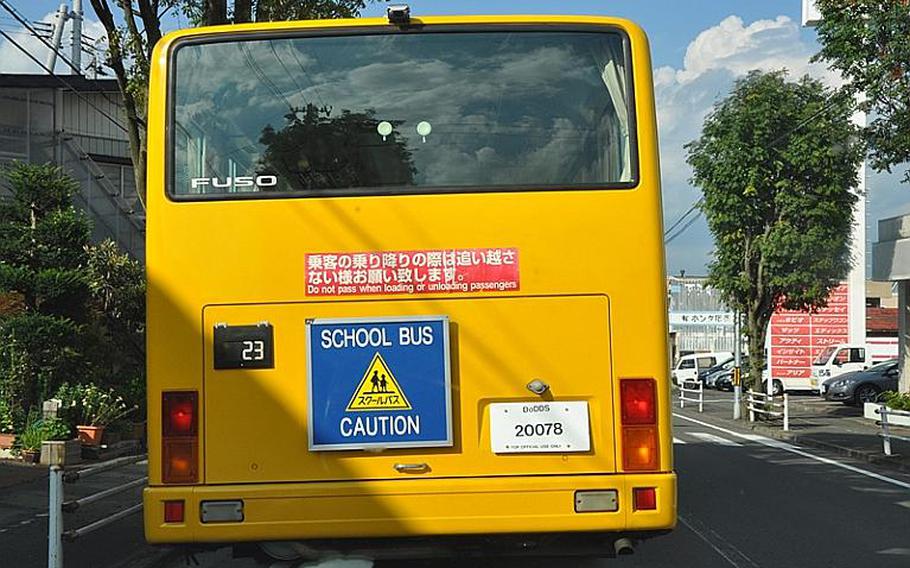 Buy Photo
While base school buses have signs in Japanese and English warning other drivers not to pass, there is no Japanese law preventing the practice. On Tuesday, a 7-year-old American girl was hit by a Japanese driver while trying to cross the road after leaving the bus at her off-base stop. She suffered minor injuries. (T.D. Flack/Stars and Stripes)

MISAWA AIR BASE, Japan &mdash; A 7-year-old Sollars Elementary School student was hit by a car while trying to cross the street after leaving her base school bus in Misawa city on Tuesday, the second day of the new school year.

Because Japan has no law prohibiting drivers from passing a school bus that&rsquo;s loading or off-loading students, Department of Defense Dependents Schools and base safety personnel said they are constantly trying to make base residents aware of the possible danger at off-base bus stops.

DODDS transportation operations specialist Christopher Zeitvogel said in a letter to parents of students who ride the bus that the girl &ldquo;suffered only minor injuries and is expected to return to school quickly.&rdquo;

Sollars principal Dana Chandler said the incident is under investigation, and it&rsquo;s too early to tell if changes will be made to the route or the bus stop, which is outside a karaoke parlor next to the Maeda grocery store complex.

Despite Japan having no law requiring motorists to stop while school buses pick up and drop off students, one parent Wednesday afternoon donned a reflective orange vest and stopped most of the traffic as students exited the bus where the girl was hit.

Yumiko Southard said she was doing it in an effort to protect children. Before she was able to position herself behind the bus, a truck swerved into the oncoming lane to pass it.

Southard said she was at the scene when the girl walked behind the bus and was struck by the car Tuesday. Japanese police declined to comment on the case.

Tech. Sgt. Brandon Cruz, the noncommissioned officer in charge of the 35th Fighter Wing&rsquo;s ground safety office, said parents should take notice of the accident and discuss safety concerns with their children.

&ldquo;You&rsquo;ve got to remind the kids that &hellip; they&rsquo;re not back in the States,&rdquo; he said. &ldquo;The culture of driving is different&rdquo; in Japan.

Chandler said teachers and counselors were available to talk to students and parents who wanted to discuss the incident.

&ldquo;This can be kind of nerve-wracking for people,&rdquo; she said.