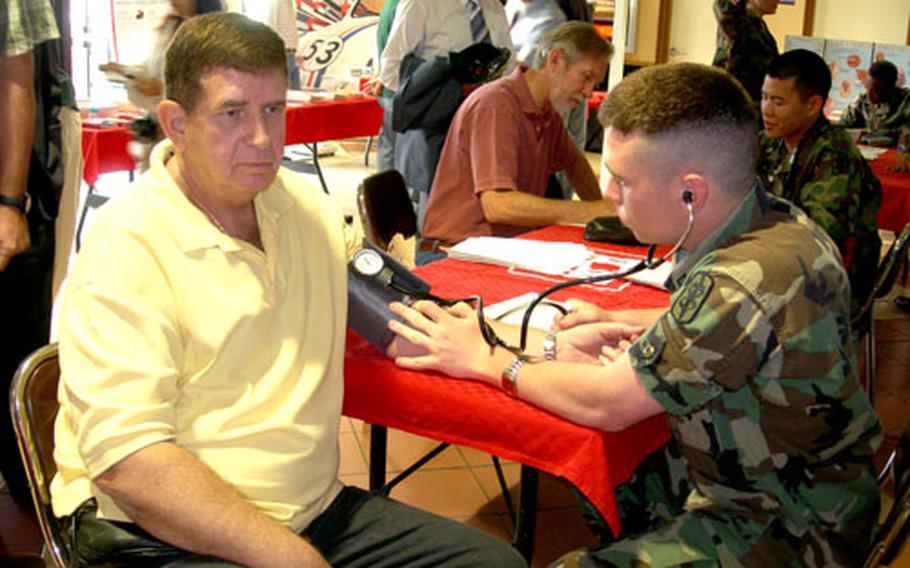 On Yongsan Garrison, about 380 employees from the Seoul headquarters gathered in the multipurpose training center from 8 a.m. to 2 p.m. to &#8220;reflect and focus on the importance of safety and health as they perform tasks on and off duty,&#8221; according to an Army Corps of Engineers news release.

And Col. Janice L. Dombi, FED commander, said, &#8220;I am so very proud the safety record of our employees is reflected not only in their workplaces, but in their homes and personal lives.&#8221;

The Far East District continues to have the lowest accident rate in the U.S. Army Corps of Engineers, according to the release.

Employee Ku Ja-sook said the event made her think more about the importance of health and safety, including how diabetes and high blood pressure affect people.

&#8220;It is a really good opportunity for me to become enlightened on something I must know about,&#8221; she said.