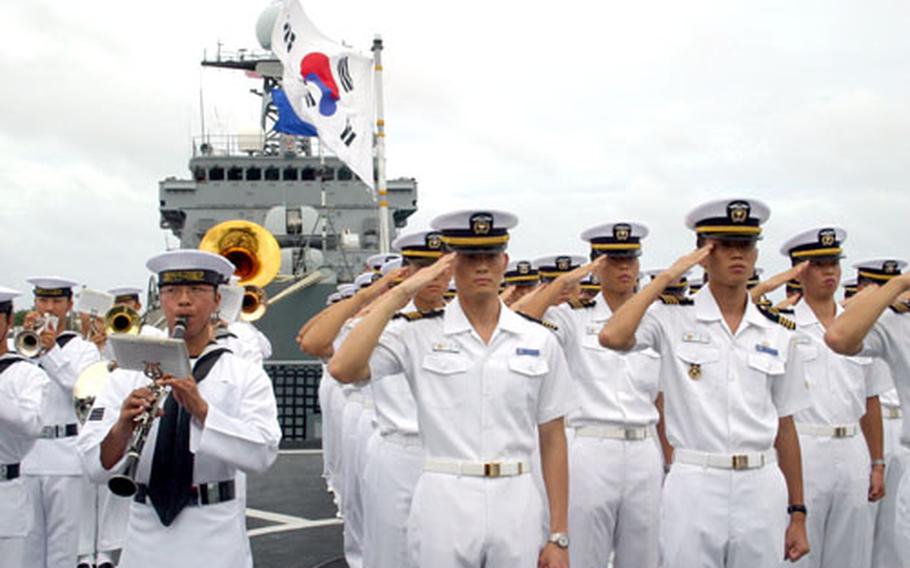 Members of the South Korean Navy salute while the Korean national anthem is played during welcoming ceremonies Sunday on Guam. (Frank Whitman / Special to S&S)

Members of the South Korean Navy salute while the Korean national anthem is played during welcoming ceremonies Sunday on Guam. (Frank Whitman / Special to S&S) 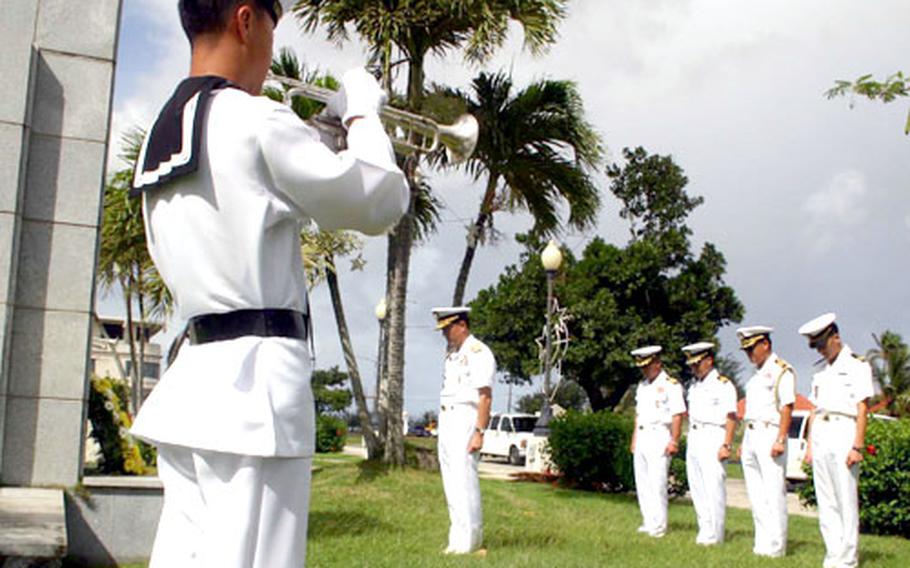 A Korean Navy bugler plays as Rear Adm. Sung-Gyue Oh and his staff lay a wreath at the Korean War Memorial in Hagatna, Guam, on Sunday. (Frank Whitman / Special to S&S) 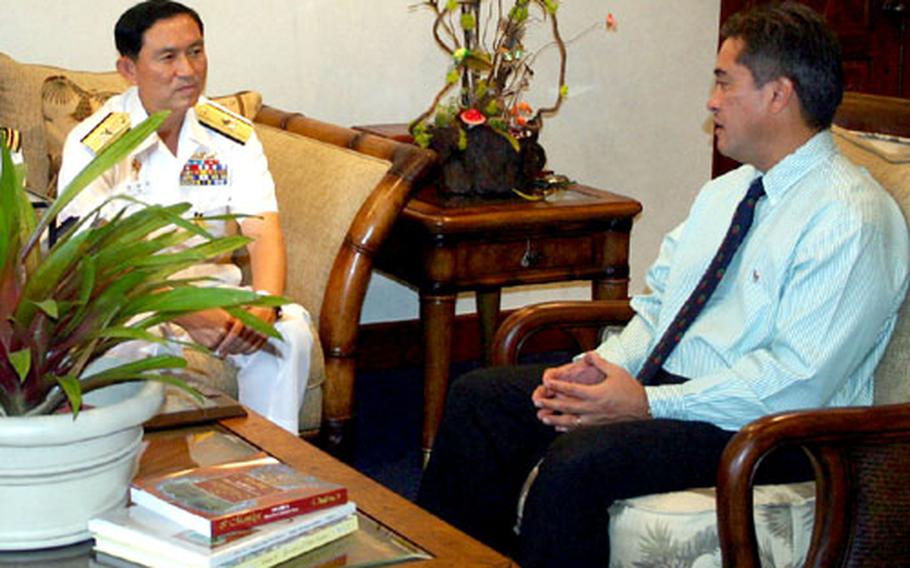 GUAM &#8212; About 30 members of Guam&#8217;s Korean community, including South Korea&#8217;s consul general to Guam, Byung Kuck Jhung, got a taste of home this week when the visiting Republic of Korea Navy destroyer Yangmanchoon hosted them during a ceremony Sunday morning.

The ship, with mine laying ship Wonsan and supply ship Hwachoen, were on Guam for their 10th and final stop of a 99-day training cruise that&#8217;s to have covered more than 21,000 miles.

&#8220;Guam is strategically a very critical area as far as the military is concerned,&#8221; said Rear Adm. Sung-Gyue Oh, commander of the Cruise Training Force, speaking through an interpreter. &#8220;It&#8217;s close to Korea and many Korean immigrants have come to here to live. It&#8217;s very meaningful for us to visit Guam.&#8221;

Crewmembers, including 175 midshipmen, took part in activities at every port visit, including the commemoration of the 140th anniversary of Korean immigration to Russia in Vladivostok, a similar 100th anniversary celebration in Mexico and a multicultural fair in Los Angeles.

&#8220;Our mission and concern is to encourage the Korean immigrant societies and also through diplomatic military relations to build friendship with visiting countries,&#8221; said Oh.

On Guam, Oh and his staff paid courtesy visits to Rear Adm. Arthur J. Johnson, commander, Naval Forces Marianas; and Guam Governor Felix Camacho. They also held a brief wreath-laying ceremony at Guam&#8217;s Korean War Memorial in Hagatna. Members of the local community, including the Korean Association of Guam, toured the ships and attended a reception hosted by Oh.

The ships were to depart Guam on Thursday, arriving in South Korea on Dec. 29. Upon their return, the midshipmen are to be commissioned.