S. Korean teachers study the workings of an American school 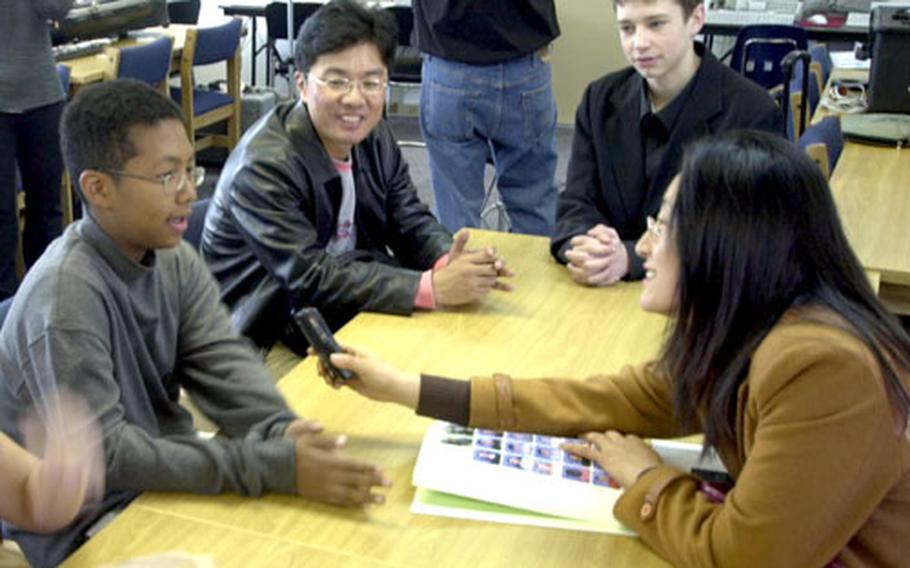 YONGSAN GARRISON, South Korea &#8212; A group of South Korean teachers spent most of Wednesday touring Seoul American Middle School in an effort to learn more about the American education system.

Many said they were most impressed with how much the teachers and students worked together in the Department of Defense Dependents Schools classroom.

&#8220;The classes are more interactive here&#8221; than in South Korean schools, said Nam Yun-ok, with the Bupyeong Seo Middle School in Incheon.

Nam was one of 26 teachers from different schools who toured the classrooms, ate lunch with students and held a question-and-answer session with American teachers at the end of the day.

Nam also was impressed with how much the children spoke in class, she said.

&#8220;I want my students to speak more,&#8221; she said, explaining that South Korean teachers usually lecture to students, who furiously scribble notes.

And Chung Mee-sun said the visit, coordinated by the United Service Organizations, offered hard-to-get experience that will benefit her and her students.

Chung said she didn&#8217;t have to fly to the States to study an American school, thanks to the tour.

She said she was impressed with how well-behaved the students were, given that the classes appeared to be run with more leniency than in a South Korean school.

Many of the teachers also expressed amazement at the student-teacher ratio, which ranged from 25 to 30 students per teacher. The South Koreans teach from 40 to 50 students per class.

Seo Hyun-jeung said that while she can&#8217;t change her class size, she would try to apply some of what she learned during the touring to her students.

Ten students were assigned to escort the teachers and take them to lunch.

Daniel Salvetti and Christopher Campbell, both 13, escorted their teachers to the library so they could chat before eating.

Salvetti joked that the teachers thought he was about 18 when they first met him.

He said he thought they enjoyed watching the physical education class, in which students were juggling scarves.

Lee Hee-yun with the USO-Korea marketing and community relations office said the trips are very popular with off-base schools.