S. Korean students run with Pack during visit to Kunsan 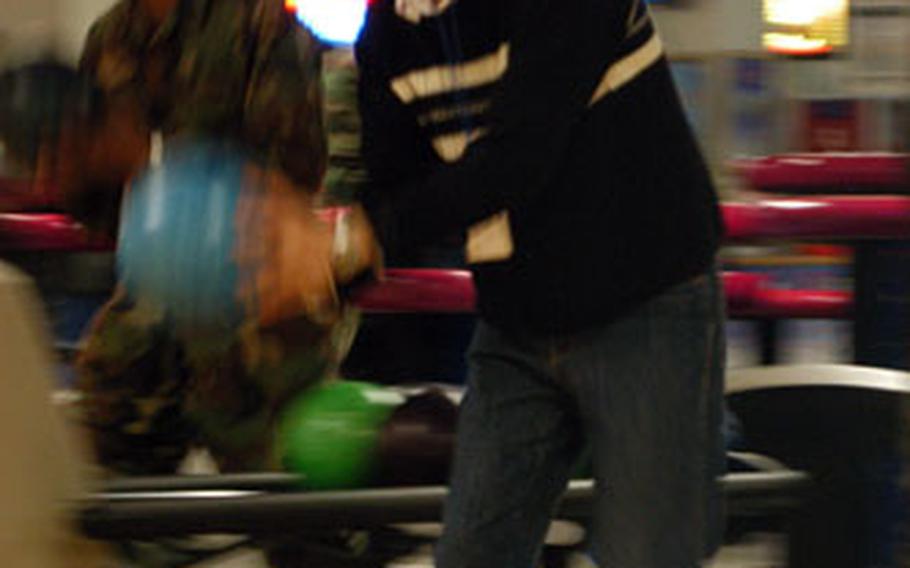 A South Korean university student prepares to pick up a spare during a visit to Kunsan Air Base as a guest of the base’s 8th Fighter Wing in South Korea. (Courtesy of U.S. Air Force)

A South Korean university student prepares to pick up a spare during a visit to Kunsan Air Base as a guest of the base’s 8th Fighter Wing in South Korea. (Courtesy of U.S. Air Force) 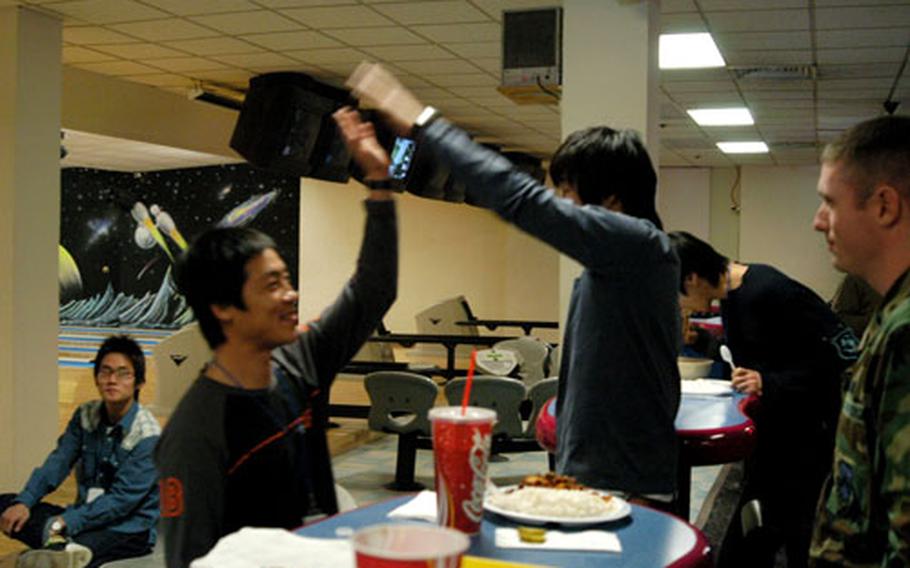 South Korean university students exchange a high five during a visit to the Kunsan Air Base as guests of the 8th Fighter Wing. The wing’s University Shadow Program brought in nine students from local Kunsan National University for a close-up look at the wing and its mission in South Korea. (Courtesy of U.S. Air Force) 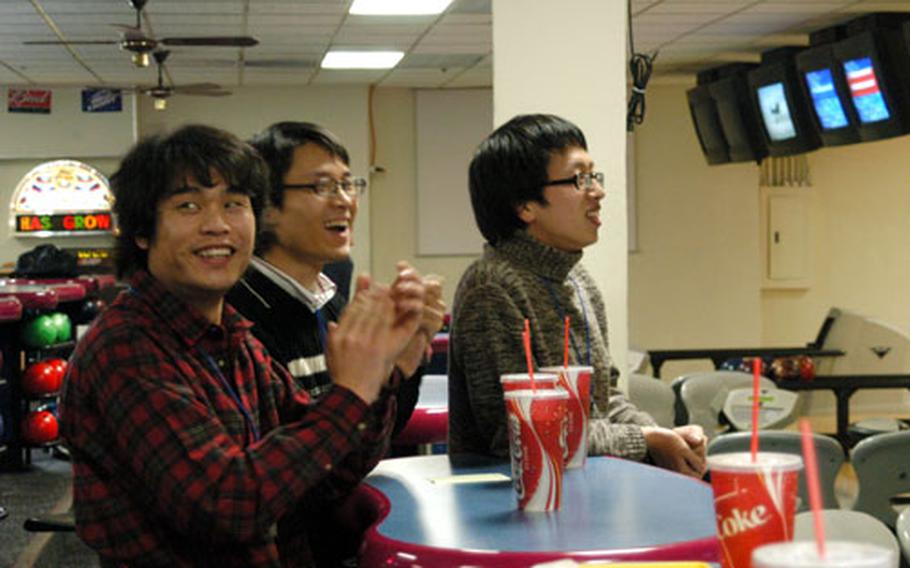 South Korean university students applaud one of their fellow bowlers during their visit to Kunsan Air Base. (Courtesy of U.S. Air Force)

The South Koreans were air traffic controllers, and he got to ask them questions, some of them about the relationship between their air force and that of their U.S. Air Force counterparts at the base.

They explained that both nations&#8217; air controllers worked closely as a single team, and that relations were friendly between both groups.

The chance to come to the base and chat came about because of his participation in the University Shadow Program sponsored by Kunsan&#8217;s 8th Fighter Wing, known also as the Wolf Pack.

The Wolf Pack hosted Kim and eight other students from local Kunsan National University&#8217;s engineering department. They visited from last Monday through Friday but Wednesday&#8217;s activities were called off because of heavy snows.

The program is so named because it pairs each student with an airman escort. Escorting the group were four first lieutenants and five staff sergeants, who volunteered for the job, said Air Force 1st Lt. Brooke Brander, a Kunsan spokeswoman.

The program is a wing effort in keeping with the U.S. Forces Korea Good Neighbor Program, which mandates that U.S. military units on the peninsula take vigorous measures to foster good relations between the U.S. military and the South Korean public.

The students got a briefing on the role of the Wolf Pack and on the U.S. military&#8217;s mission in South Korea. They also got a close-up look at an F-16 fighter plane, visited the bomb squad, saw an Air Force police armory and were shown other aspects of the base&#8217;s military mission. And they got to dine, play basketball, go bowling, and talk with their escorts about any number of topics.

&#8220;The idea behind the program is to introduce mostly university students as well as the Wolf Pack member to the other&#8217;s culture and to hopefully &#8230; form a friendship and a better understanding of each other,&#8221; said Brander.

&#8220;And the Wolf Pack member gets the opportunity to better understand Korean culture. And if you can understand a culture better, you can be a better neighbor."

Kim said he liked the program and would recommend it to fellow students.