S. Korean students make the most of Army internships 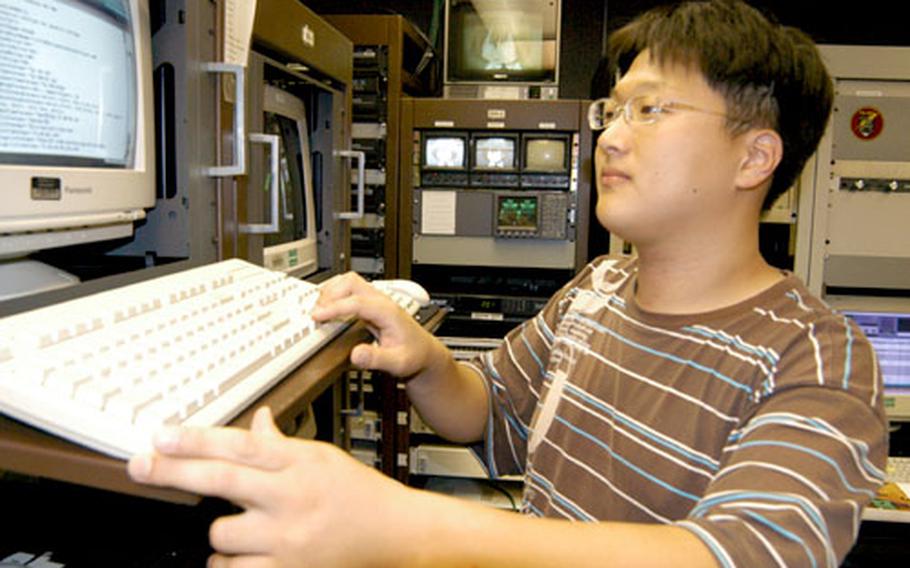 PYEONGTAEK, South Korea &#8212; When South Korean college student Lee Shin-hye told her mother she wanted to get an internship in London, mom nixed the idea right off.

&#8220;She (is) always worried about me so she never wanted to send me to England alone,&#8221; said Lee, 21, a junior at Kyungpuk National University in Daegu, her hometown.

But then Lee learned that KNU had a new internship program set up with the U.S. Army &#8212; right in Daegu (formerly spelled Taegu). It allows qualified KNU students to work for six months at one of the Army&#8217;s three installations there, camps Henry, Walker or George.

They don&#8217;t get paid but KNU gives the interns a full semester of credit for an &#8220;overseas&#8221; internship, which can help make their r&#233;sum&#233;s more competitive. And the school exempts them from regular classwork and exams during the 40-hour-a-week internship, said KNU international adviser Lorne Hwang.

The program began this January with an agreement between KNU and the Army&#8217;s Area IV Support Activity at Camp Henry. Four interns, including Lee, a social work major, began work in March and are set to finish later this month.

It&#8217;s an offshoot of the Good Neighbor Student Volunteer program that Area IV started in 2000 and continues to operate.

Both KNU and the Army are so satisfied with the results that they&#8217;ve decided to up the number of interns to eight with the new semester that starts next month, KNU and Area IV officials said.

&#8220;It worked out to where the students were satisfied with their experience,&#8221; said Galen Putnam, an Area IV spokesman, &#8220;in the sense that they get their credit hours, they get an international internship, and the experience of working on a U.S. military installation &#8212; learning new customs and culture and practicing their English.

This semester, Lee worked for several months at Taegu American School on Camp George. Then last month she began working as a parent support intern with the Family Advocacy Program. She gave health and child-rearing information to new or expectant mothers and organized a play group for new mothers and their children.

Other interns had jobs in the Area IV public works department, at American Forces Network-Korea, and at the 19th Theater Support Command, McCarthy said.