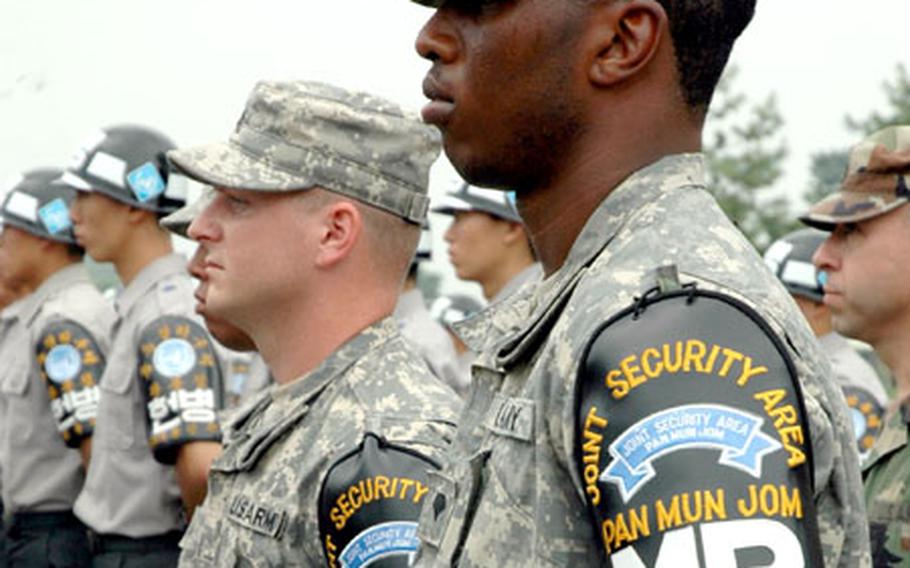 On Wednesday, a memorial for the four men was unveiled in Tae Sung Dong, the only civilian village inside the Demilitarized Zone. The soldiers were members of TSD 4 Warriors, a South Korean unit charged with protecting the village.

The soldiers died trying to rescue another soldier who was swept away in high waters in Paju, a nearby city, according to South Korean military officials. After their deaths, each man was promoted one rank and each received posthumous awards.

The monument in Tae Sung Dong commends the soldiers as &#8220;symbols of the warrior ethos, who bravely sacrificed themselves to rescue their comrades in danger.&#8221;

Tae Sung Dong is within the DMZ, the 2.5-mile-wide border between the two Koreas. The residents hold South Korean passports but are considered refugees rather than residents. They are exempt from taxes and military service but must spend at least 240 nights per year in the village.

They live under a strict curfew and must be in locked homes by 11 p.m. They also have constant contact with the military and are escorted when work in their fields brings them within feet of the North Korea border.