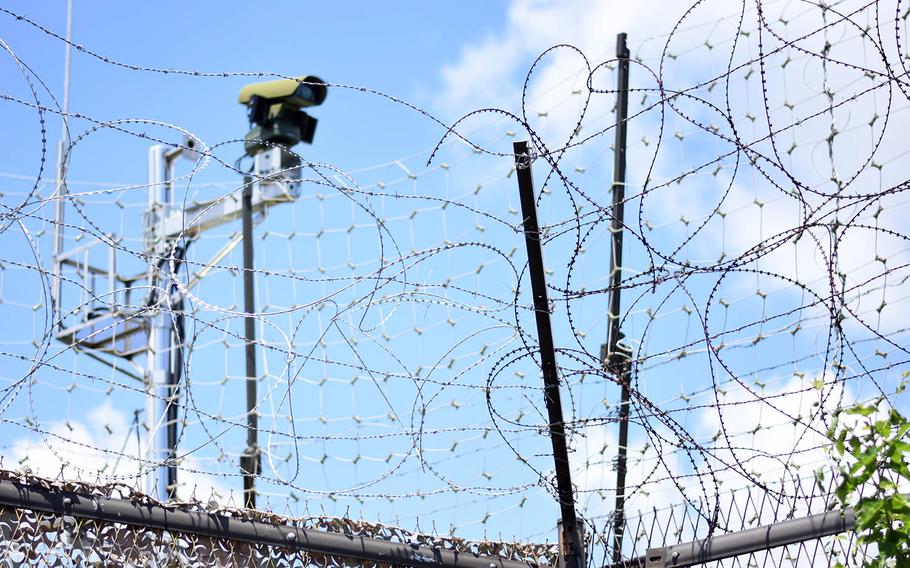 A Louisiana man was reportedly detained after attempting to cross into North Korea from the South, Monday, Nov. 13, 2017. (Aaron Kidd/Stars and Stripes)

A 58-year-old man from Louisiana identified only as “A” was detained Monday after crossing the Civilian Control Line near the heavily fortified frontier, according to South Korea’s defense ministry.

People must have a permit to enter the area, which is just south of the Demilitarized Zone, a 2.5-mile wide, 150-mile-long no man’s land that divides the peninsula. It’s also the site of several tourist attractions.

Military officials initially said they believed the man traveled to South Korea planning to enter the North for political purposes. But investigators, who have turned the case over to local police, later said they had determined he had no communist connections.

The U.S. Embassy is aware of the report and is looking into it, an official told Stars and Stripes on condition of anonymity in order to discuss the case.

“If it is determined that a U.S. citizen has been detained, the embassy will provide appropriate consular services,” the official said. “Privacy concerns prevent us from sharing information on individual cases.”

A local resident in Yeoncheon County, about 40 miles north of Seoul, discovered the American and reported him to the South Korean army, a military official said. The man was captured about an hour later in an area controlled by the 28th Infantry Division.

A police officer in the area said the man had traveled to South Korea on Nov. 3, contradicting a report that he had arrived three days ago.

The two Koreas remain technically at war after their 1950-53 conflict ended in an armistice instead of a peace treaty. About 28,500 U.S. servicemembers are based in the South.