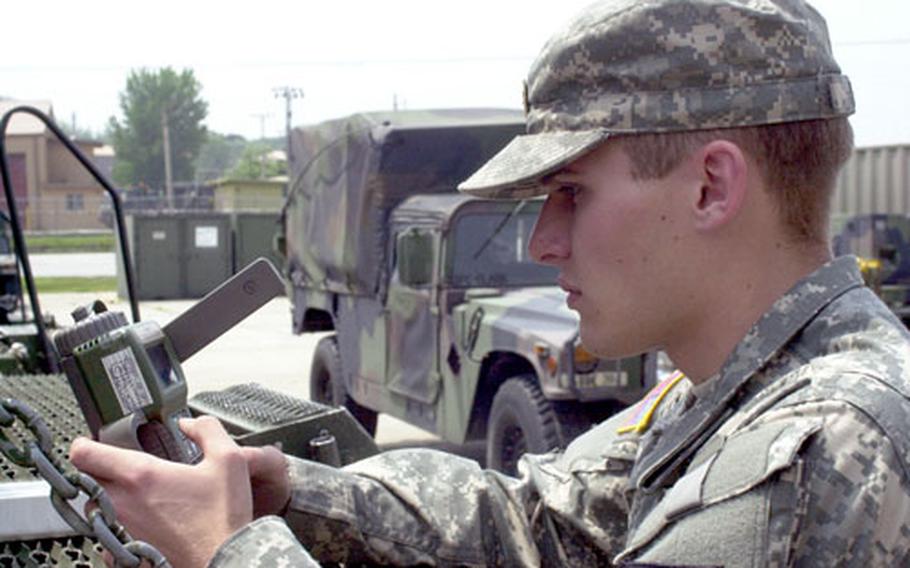 Komm, assigned to Camp Casey&#8217;s 55th Military Police Company, is one of almost 50 West Point cadets who arrived recently in South Korea to spend a month with various units.

Komm&#8217;s cadet status allows him to wander between the enlisted and officer worlds more freely than most. It&#8217;s a rare opportunity for a soldier-in-the-making who more often sees field-grade officers back at college.

Cadets in South Korea work beside lieutenants, giving them a feel for what their first job may be like.

Although some aren&#8217;t assigned to the specialty they prefer for their own futures, the day-to-day functions still are eye-opening, they say.

The time spent in the regular Army also is a welcome respite for some cadets used to West Point&#8217;s pressure-packed academics.

Each cadet in West Point&#8217;s class of 2007 joined the academy after the terrorist attacks of Sept. 11, 2001, so they have no illusions about cushy postings, the cadets in South Korea indicated; they expect to be deployed in combat zones eventually. Some merely say it&#8217;s what they&#8217;re trained to do; others will seek specialties that will put them in combat as soon as possible during their careers.

After four years of learning, Komm said, he will be ready to test his skills.