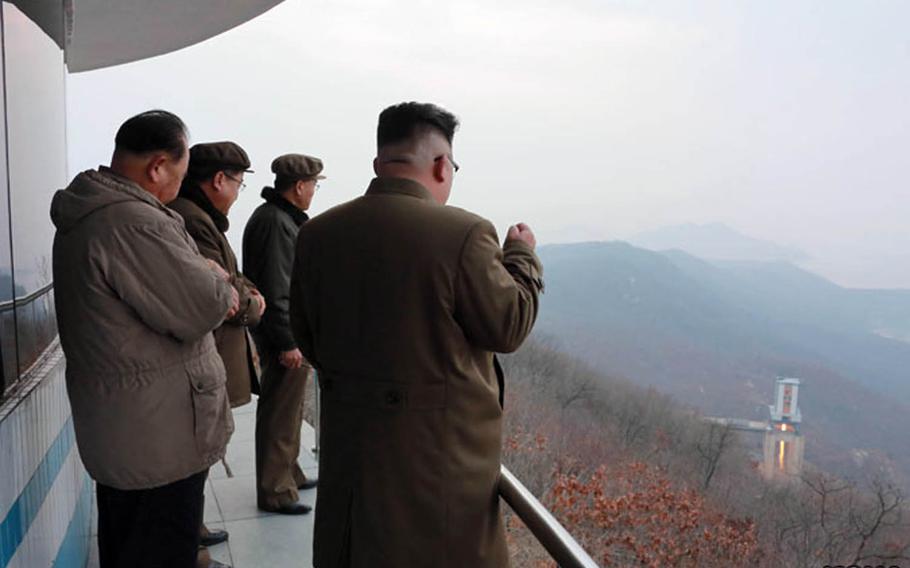 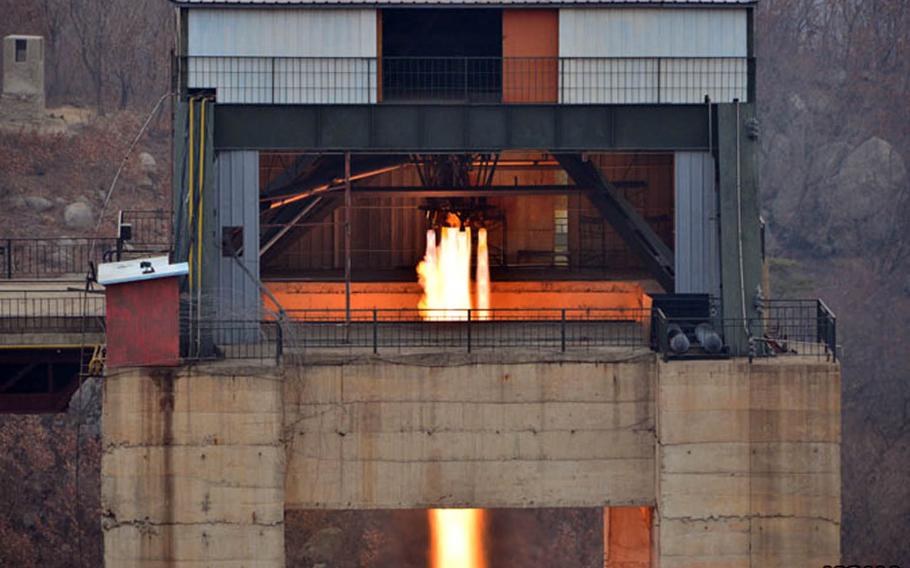 This undated photo from the Korean Central News Agency shows a rocket-engine test purportedly conducted over the weekend in North Korea. (Courtesy of KCNA) 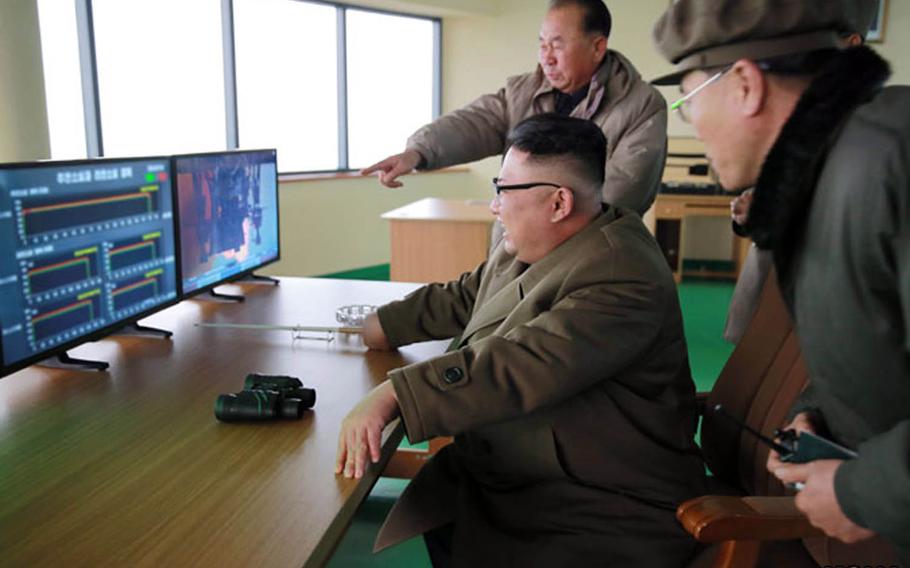 North Korea said Sunday it successfully conducted a ground test of a new high-thrust engine at its Sohae Satellite Launching Station. Leader Kim Jong Un guided and observed the test, calling it “a great event of historic significance” and declaring it represented “a new birth” of the country’s rocket industry.

The quotes were typical of exaggerated rhetoric usually employed by Pyongyang and relayed via the state-run media.

But U.S. officials and experts have said recent activity by North Korea, including more than two dozen ballistic missile tests since last year, show the country is making alarming progress toward its stated goal of developing a nuclear-tipped missile that could target the U.S. mainland.

South Korea’s military acknowledged Monday that the test, which apparently was conducted on Saturday, showed the North was developing a more sophisticated engine.

A spokesman for the Ministry of National Defense, Lee Jin-woo, told reporters that the model tested included a main engine connected to four auxiliary engines.

“It is estimated that there was meaningful progress in the engine performance according to the test,” Lee said during a regular press briefing, according to a transcript of his remarks.

Lee declined to provide other details, saying more analysis was needed to determine the accuracy of its thrust and its feasibility.

The test coincided with Secretary of State Rex Tillerson’s trip to Beijing, the final stop on his first official tour of the region, which included visits to South Korea and Japan.

Tillerson signaled President Donald Trump’s administration is leaning toward a tough approach in dealing with North Korea after decades of economic sanctions and diplomatic pressure have failed to persuade it to stop its weapons programs.

“North Korea is now pursuing programs that would allow them to present a clear threat to the continental United States and to other parts of the world,” Tillerson said during a press conference Friday in Seoul.

The state-run Korean Central News Agency said the engine would help the country develop “world-level” satellite delivery capabilities, indicating it could potentially be used in a long-range missile.

The 30-something leader, who took power in 2011 after his father died of a heart attack, said in his New Year’s address that his country was in the “final stages” of preparations for testing an intercontinental ballistic missile.

North Korea claims its satellite program is part of a peaceful space program, but the U.S. and its allies believe it’s a cover for a banned ballistic-missile program.

North Korea also conducted a ground test of what it called a long-range rocket engine in September. That test came days after the North conducted its fifth underground atomic explosion.