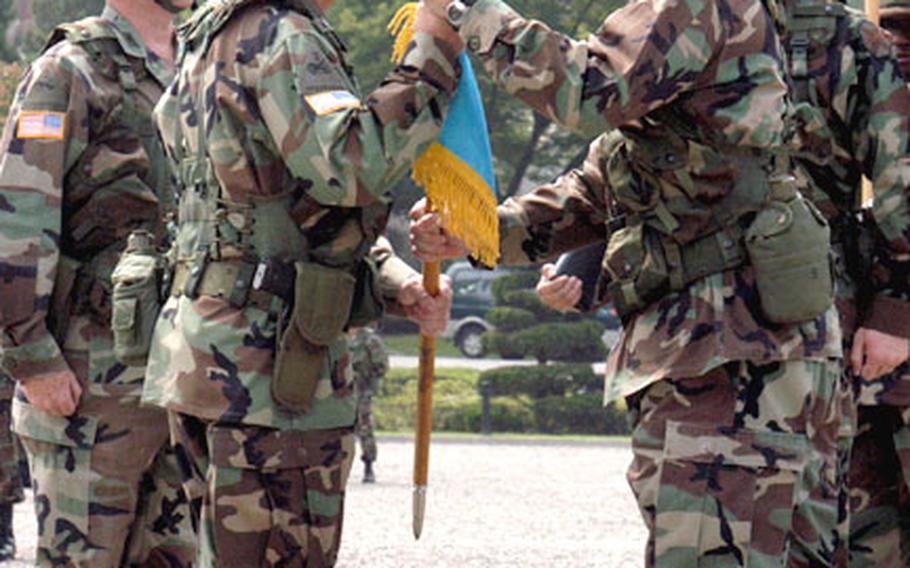 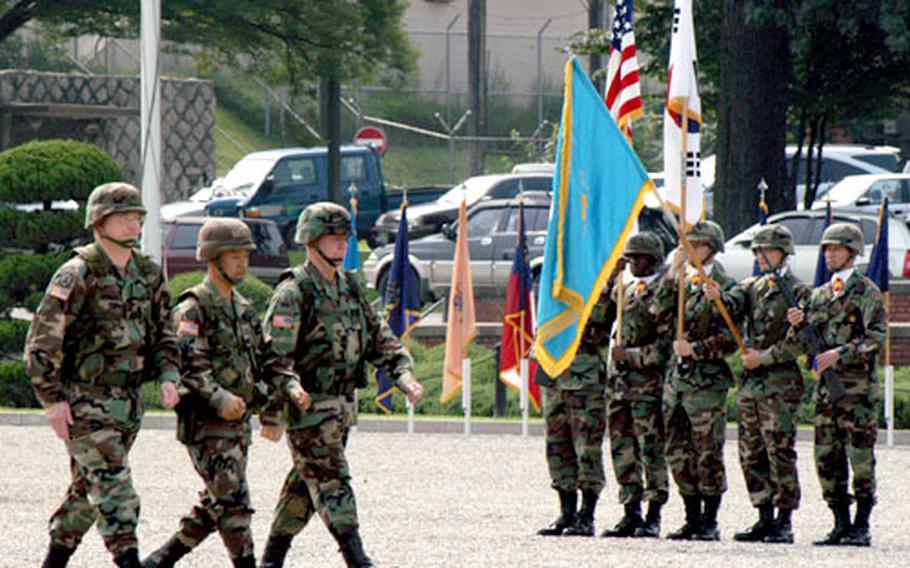 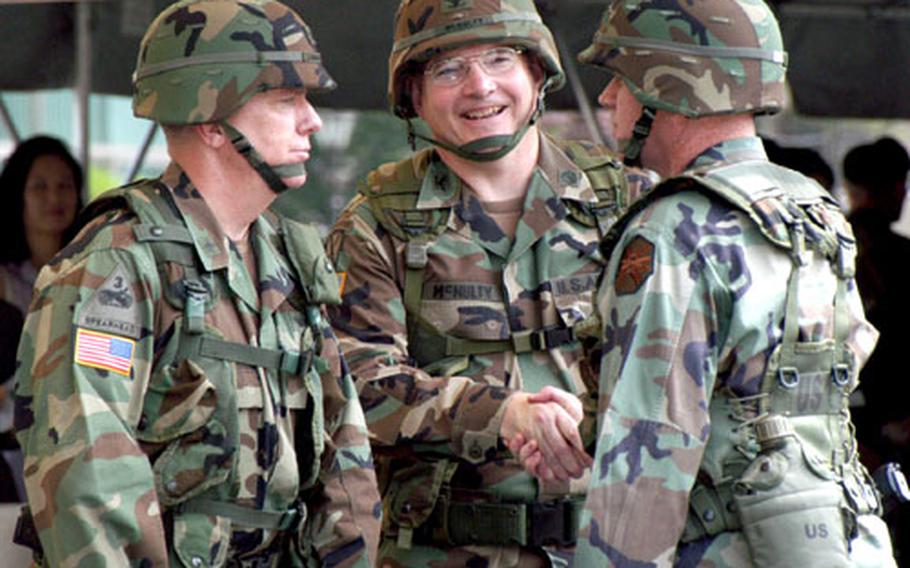 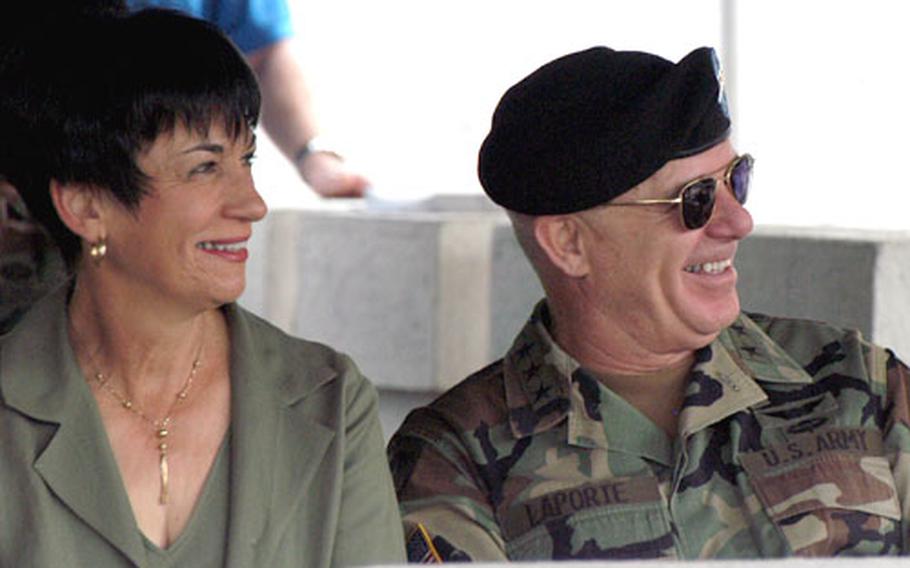 McNulty told the soldiers, civilians and Korean employees that &#8220;there are changes on the horizon&#8221; but if they &#8220;collectively grasp those changes as opportunities&#8221; to make the U.S.-Korean alliance even stronger, they&#8217;ll succeed.

McNulty thanked community and business leaders, South Korean military and Korean National Police officers and the supporters of the alliance for attending the ceremony.

&#8220;In my years of military service I have never experienced such generosity and support for U.S. personnel as I have this tour,&#8221; he said.

McNulty said he was at the Army&#8217;s War College when he received orders to South Korea, his first tour on the peninsula.

But, he said, the generals and their spouses were &#8220;committed to ensuring Area II was a better place to live, work and play.&#8221;

McNulty&#8217;s next position will be as the chief of staff for the Strategic Deployment and Distribution Command in Alexandria, Va.

&#8220;Let me just say what an honor it is to have been selected to command this great organization,&#8221; he said. &#8220;This is a command that will allow me to influence the quality of life for our soldiers, civilians and family members.

&#8220;Even when faced with probably the most fiscally challenging period I&#8217;ve ever seen,&#8221; Landwermeyer said, McNulty and his wife, Kathy, and their team &#8220;took it in stride and continued their outstanding support to the community.&#8221;

He also welcomed Stephens and his family.