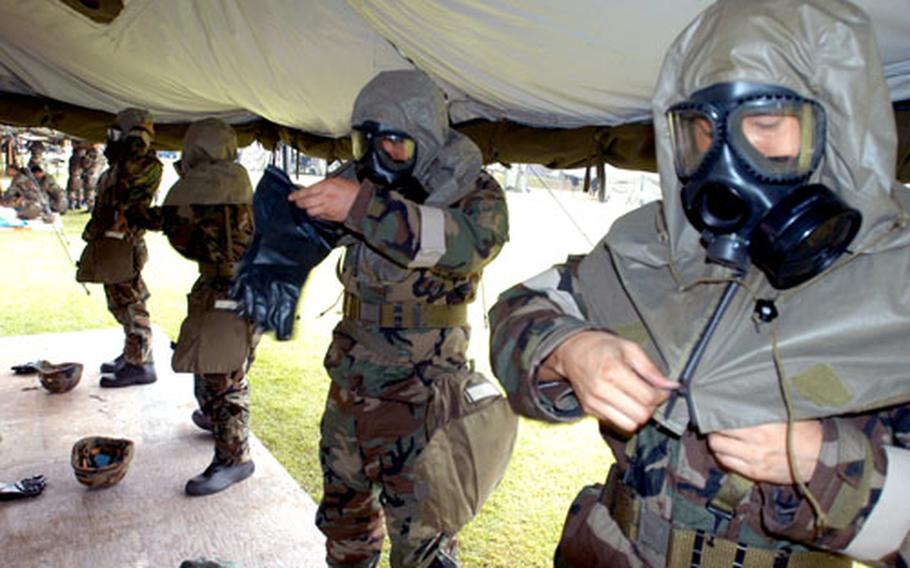 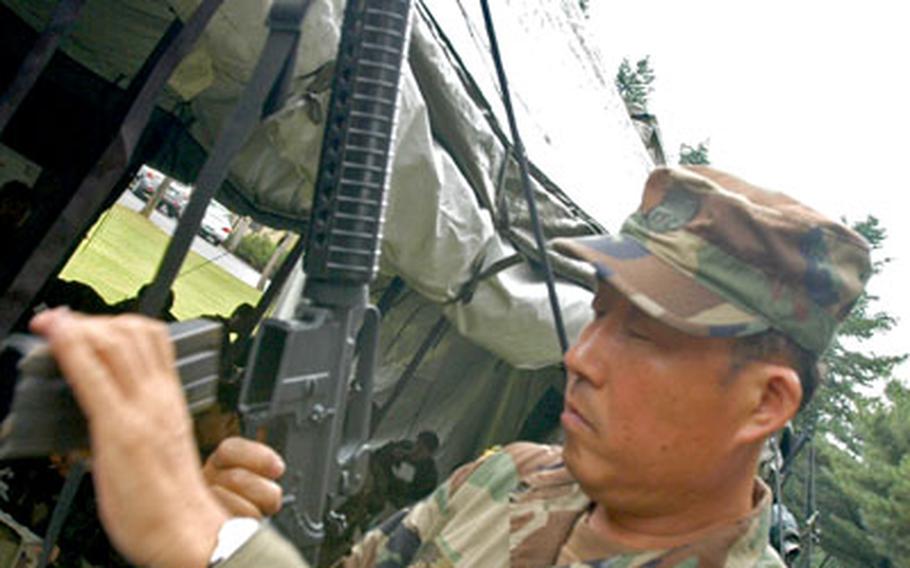 15th Company, Korean Service Corps assessor Choe Hyo-sop demonstrates the correct way to load a magazine into an M-16 rifle. KSC members are civilians and do not carry weapons, but must know how to operate them in time of war. (Seth Robson / S&S)

Kim Il-chun said he had served 19 years with the KSC and had taken common-task testing since 1995. He said members who receive a &#8220;no go&#8221; in four or more tasks are ineligible for promotion.

The Corps is a paramilitary organization formed in 1950, during the Korean War, when U.S. commanders needed manpower to move supplies. Hwang Sun-kun, company commander, said the KSC got its nickname soon after it was formed. During the war KSC members, all civilians, used A-frame backpacks to carry ammunition, rations and even wounded servicemembers. The A-frames were perfect for getting equipment into isolated places such as the rugged mountain tops that dominate the Korean peninsula, he said.

Deputy commander Kim Chung-pil, 43, said the A-frame still is the KSC symbol but has not been used for work in many years.

Yi Kun-tok, 53, of Chung-chong province, who was testing KSC members&#8217; land navigation skills Friday, said he was 8 when he last used an A-frame to carry firewood.

&#8220;In those days, Korea was so poor there were no carts and no cars. All the farmers in the rice paddies carried A-frames. I was very strong. I could carry 30 pounds of firewood,&#8221; he said.

Hwang, a retired Republic of Korea Army lieutenant colonel who has served with the KSC since 1997, said the 15th is responsible for facilities maintenance in Area I. The unit is to relocate soon from Camp Red Cloud to Camp Stanley, he said.

Fifteen KSC companies support U.S. forces throughout South Korea including five in Area I, he said.