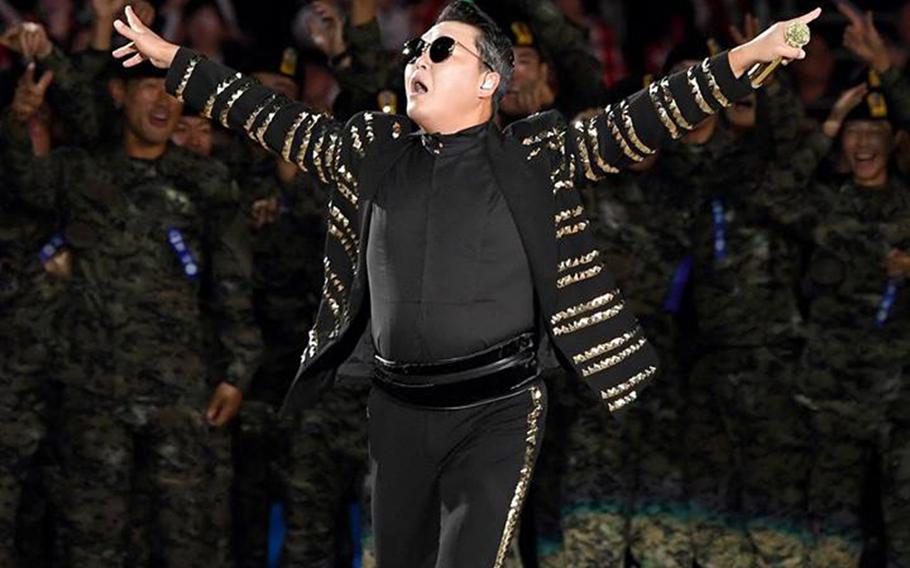 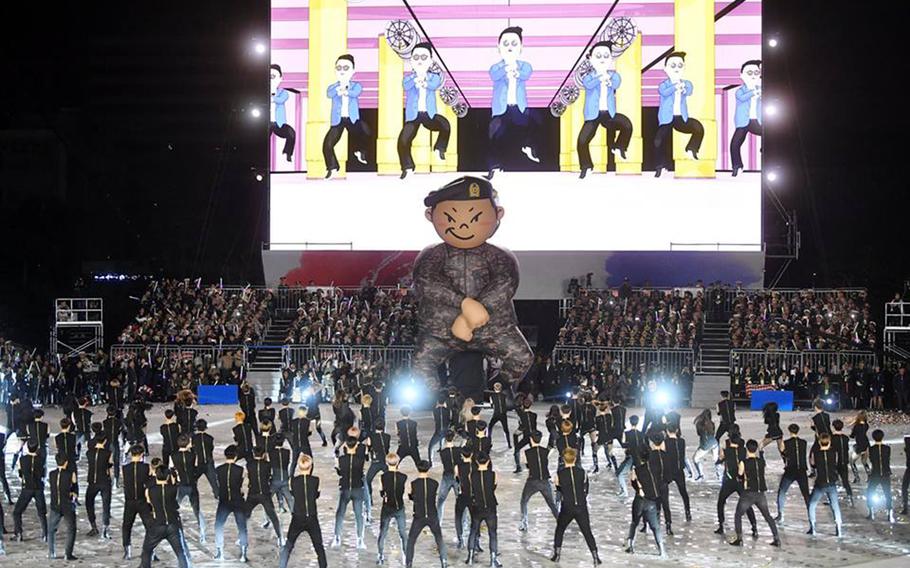 A ceremony Monday at the Korean War Memorial just south of the U.S. military’s Yongsan Garrison in Seoul marked the anniversary of South Korean forces crossing the 38th parallel during the 1950-53 conflict.

The event stood in stark contrast to last year’s ceremony, during which South Korean leaders spoke of nuclear deterrence and unveiled the Hyunmoo-2C — a ballistic missile with the range to hit anything in North Korea.

“Today, I am overwhelmed with excitement as I am able to discuss an era of peace,” South Korean President Moon Jae-in said at the ceremony, according to a translation of his remarks.

“Now is the time for our military to stand at the forefront of peace on the Korean Peninsula,” he added. “Peace through strength is the mission of our armed forces.”

The upbeat words reflected warming ties that saw some mines removed from the Demilitarized Zone this week and U.S. President Donald Trump stating that he and North Korean leader Kim Jong Un “fell in love” over “beautiful letters” after their historic June summit in Singapore. The two Korean leaders have met three times this year, including last month in Pyongyang.

Video screens at the ceremony showed South Korea’s recently acquired F-35A Lightning II stealth jets and new attack submarines in action; however, actual military hardware was left back at base.

As the night progressed, a military parade transformed into a concert that included video shout-outs from Korean celebrities and U.S. Ambassador to South Korea Harry Harris. Even a taekwondo demonstration included more dancing than block-busting.

A pair of K-Pop stars performing mandatory military service starred in the festivities. Ok Taec-yeon of the boy band 2PM was part of video game-like demonstration of tactical gear while Im Si-wan of ZE:A served as master of ceremonies.

The South Korean military stands at about 600,000 servicemembers strong, while the U.S. presence on the peninsula is at about 28,500.