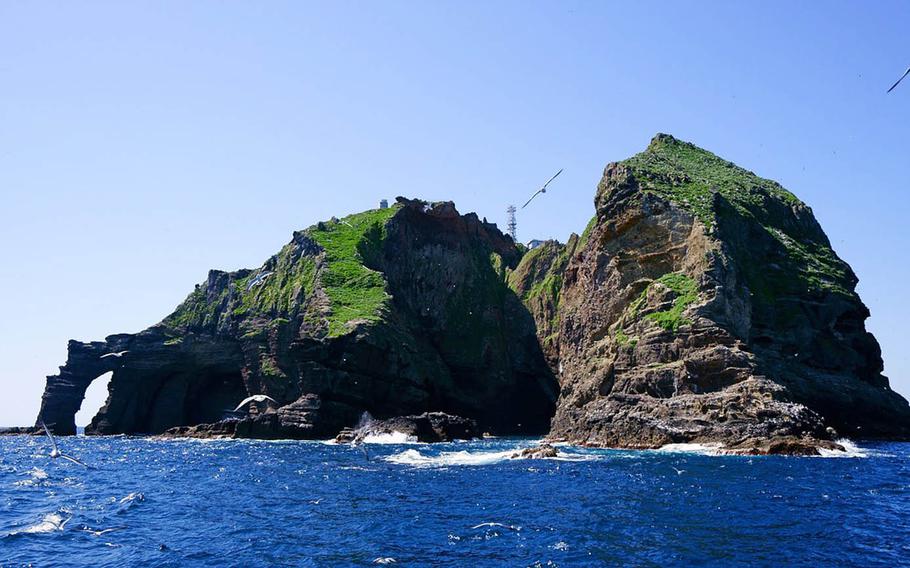 South Korea and Japan have long feuded over a rocky and largely uninhabited territory east of the Korean Peninsula that the South calls Dokdo and Japan calls Takeshima. (Courtesy of Pixabay)

SEOUL, South Korea – Despite protests from Tokyo, South Korea kicked off naval drills Monday aimed at practicing for a theoretical fight with Japan over a disputed cluster of islets that sit in the sea between the countries.

The two-day military exercise, which has been held twice a year since 2003, took on extra significance this year because it occurred even as Seoul was discussing plans to halt joint war games with the United States amid a diplomatic push to ease tensions with North Korea.

South Korea and Japan have long feuded over the rocky and largely uninhabited territory, which the South calls Dokdo and Japan calls Takeshima.

Japan’s Foreign Ministry lodged a protest over the planned drills on Sunday, according to Japanese broadcaster NHK.

The report said ministry official Kenji Kanasugi called the drills extremely deplorable and said Japan can never accept them, in a phone call with a senior official at the South Korean Embassy.

Some six ships and seven aircraft were being deployed for the drills, which included sailors, marines and members of the coast guard, the navy said, adding that the scale of the exercises was the same as last year’s.

The military first conducted a defense drill near the tiny land mass in 1986 and has made it a biannual practice since 2003, according to the defense ministry. Ministry spokeswoman Choi Hyun-soo dismissed Japan’s complaint during a press briefing, saying the exercise is intended “to prevent outside forces from invading Dokdo, which is a [South Korean] territory.”

Continuing disputes between South Korea and Japan have complicated efforts to increase trilateral cooperation with the U.S. to rein in the growing nuclear weapons threat from North Korea.

President Donald Trump announced he planned to suspend annual joint military exercises with the South following his landmark June 12 summit with North Korean leader Kim Jong Un. But he did not give details about the scope of the freeze, and it was not included in the joint summit statement.

The allies have been consulting on the issue and are expected to announce in coming days plans to suspend large-scale combined military exercises, the South Korean news agency Yonhap reported, citing an unidentified government source. It said the plan would include a clause that the drills would resume if the communist state fails to deliver on its promise to denuclearize.

The next U.S.-South Korean exercises, known as Ulchi Freedom Guardian, are due to begin in August.