The action would include sending military engineer units and civilian workers to halt farming and seize control of an elementary school that resistance leaders have turned into a makeshift headquarters.

South Korea defense ministry officials issued their ultimatum Monday night during talks with representatives of the farmers, who live on land near Camp Humphreys in Pyeongtaek. The closed-door meeting at Pyeongtaek City Hall began shortly after 5 p.m. and ended just before 7 p.m.

Ministry of National Defense officials said they will send military and other forces to the contested area unless the farmers state by noon Tuesday whether they will:

Cease immediately any further farming on the contested lands.

Pledge to avoid any further actions that could obstruct or harm government employees as they go about putting up fencing and otherwise preparing the lands for the Camp Humphreys expansion.

Activists and others resisting the Humphreys expansion have barricaded themselves inside the Daechu-ri Elementary School grounds since last year. The school borders part of Camp Humphreys.

If the resisters make no reply, ministry officials will equate that with a rejection of their conditions, and the government forces will be sent in, they said.

The ministry has already notified villagers by letter that they have until the end of June to vacate the area, according to Father Mun Jeong-hyeon, a Catholic priest helping to lead the resistance to the Camp Humphreys expansion project.

South Korea&#8217;s government last year purchased thousands of acres of farm land near Camp Humphreys so the post can triple in size and eventually become the U.S. military&#8217;s main installation on the peninsula. The expansion is part of an agreement between South Korea and the United States.

Some villagers moved out but others have refused to leave.

But the tight deadline left scant room for careful discussion among the villagers, Mun said.

Defense ministry officials could not be reached for comment late Monday. 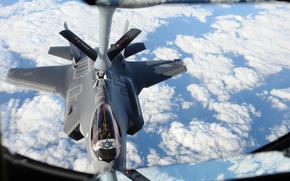