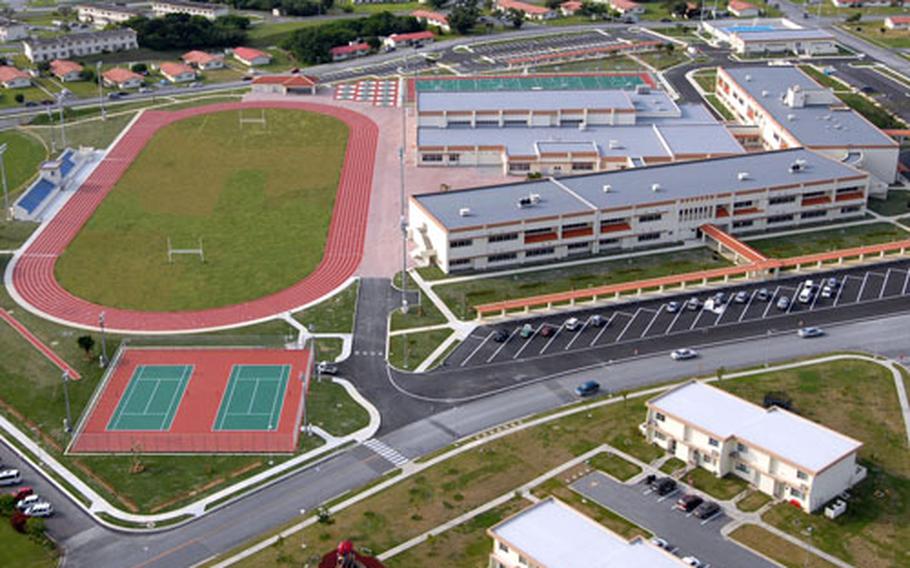 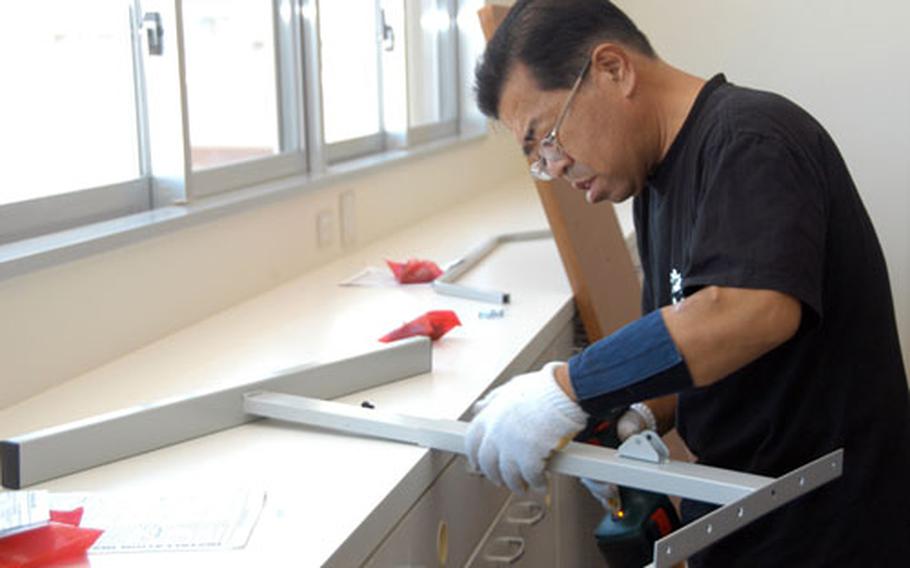 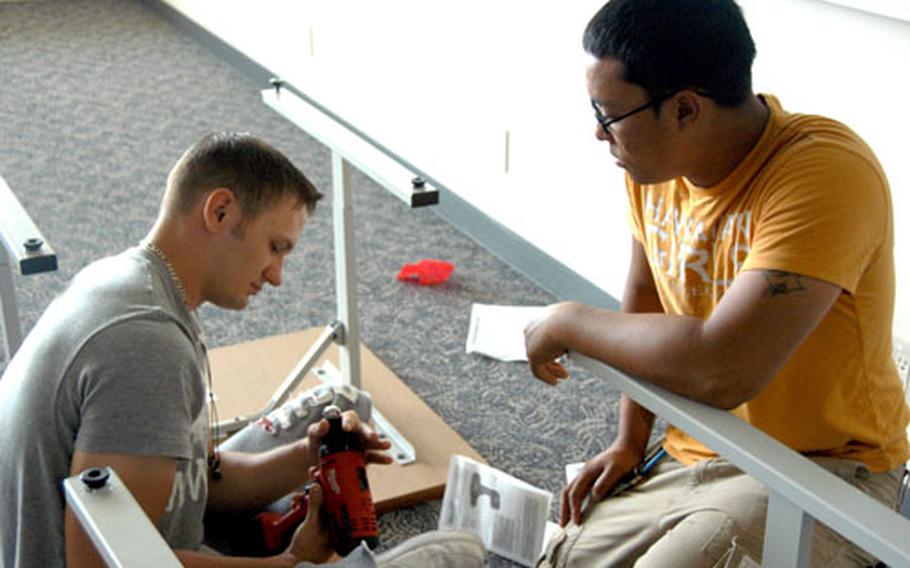 KADENA AIR BASE, Okinawa &#8212; In the weeks leading up to the start of the school year, principal Paul Currier is busy organizing student schedules and setting up classrooms.

After years of planning meetings and construction, Currier and his staff are putting the finishing touches on Ryukyu Middle School &#8212; the newest addition to the DODDS-Okinawa school district.

Hundreds of boxes line the school&#8217;s hallways, filled with posters for classrooms, books, subject materials and other teaching supplies.

About 900 lockers still need to be installed.

Military and civilian volunteers have been pitching in, assembling desks and unloading equipment.

"Everyone has just been so wonderful," Currier said.

The school will open its doors to around 600 total students between sixth and eighth grade next month.

The new setup is a first for the school district.

School zones were shifted and students shuffled to make sure the middle schools have roughly equal student populations.

New schools can sometimes generate waiting lists of students whose parents are eager to have them attend a state-of-the-art facility they feel offers more educational opportunity through specialized programs or new equipment.

The Department of Defense Dependents Schools Okinawa District has received 14 waiver requests from parents seeking to enroll their children at Ryukyu, mainly because of the school&#8217;s proximity to their homes or work, said DODDS-Pacific spokesman Chip Steitz.

Requests are granted on a case-by-case basis depending on space, he said.

Overall, Currier said, there have been no major hurdles &#8212; not an easy feat when opening a school. An educator for 24 years, Currier helped open Wuerzburg Middle School in Germany in 1990.

The 20-acre campus is an impressive site, with a 400-meter track and a football and soccer field and grandstand that may eventually be used by Kubasaki and Kadena high schools, Currier said. The school was designed with a 25-meter pool that will be used by students and is open to the community under the management of 18th Force Support Squadron, Steitz said.

After 14 years of planning, construction on the school began in 2005 and was completed in April.

Officials say construction costs are estimated around $47 million and were paid by the Japanese Facilities Improvement Program, overseen by the government of Japan.

Ryukyu is the largest middle school in the Pacific, Steitz said.

About 43 teachers are transferring from the district&#8217;s middle schools and several are coming from mainland Japan DODDS schools, Currier said.

Core subjects for each grade &#8212; math, English, science and history &#8212; will be clustered so the same group of teachers is teaching the same group of students. Hallways will be sectioned off by grade to accommodate the different clusters. The structure is more in line with how a middle school should operate, Currier said.

"We want it to be run as a middle school. Some middle schools are run like little high schools," Currier explained.

Students and parents will get a sneak peek of the campus starting next month, when Currier will lead weekly tours.